Back from Ukraine: Escaping war to land in the thick of life’s battles 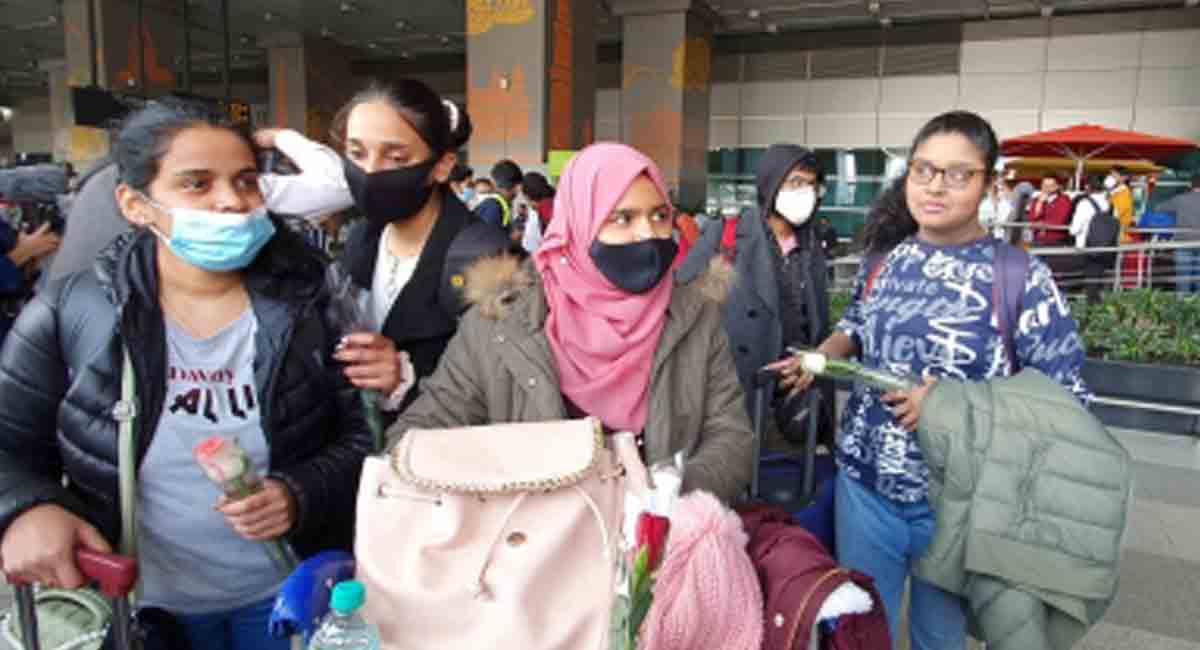 New Delhi: The troubles of the students returning from Ukraine to India are not over yet. Most of the Indian students have returned to their homes safely, but their future now hangs in the balance.

Among them, there are about 4,000 students who were in the final year of the MBBS course. There is no option available to these students who have spent 5 years of their life and lakhs of rupees on MBBS studies.

Deshraj Advani, an expert and mentor of medical education in the country, says that the biggest problem before the students is that how will it be confirmed that which student has studied in which university for how many years and how was his performance in the last semester.

According to Advani, these students do not even have concrete provisional proof of their partially-completed studies that they have done in Ukraine.

Although such provisional proofs are not recognised anyway, it can at least for the satisfaction of the students, who are hopeful that soon the war between Russia and Ukraine will end and they will be able to go back to Ukraine to complete their studies.

However, even if the war ends soon, it will not be possible for every student to return to Ukraine and resume their studies.

Randeep, a student who returned from Ukraine, said that he was studying at the Medical University in Lugansk State, but his university has been destroyed in missile attacks. In such a situation, he is worried that even after the war gets over, how he would resume his studies there.

According to educationist C.S. Kandpal, there were about 18,000 Indian students studying medicine in Ukraine, it is not possible to provide immediate admission (in Indian colleges) to all these students.

Kandpal says that seats are already full in almost all medical colleges. In such a situation, it does not seem to be possible to have any immediate arrangement for these students.

Students returning from Ukraine are also aware of the current situation. Shreya Sharma, doing MBBS from Vinnitsa National Medical University, Ukraine, said that it is a reality that the Indian government cannot accommodate all 18,000 students here.

Not only this, the rules of the National Medical Commission of India regarding foreign medical graduates are also very strict. Furthermore, there is no such rule in the country according to which those returning from abroad in mid of their MBBS course can get admission in the medical colleges here.
Even for those who have completed medical studies from abroad, there are strict criteria, which they need to fulfill before starting their practice in India.

Despite its small population, Ukraine has about 20 medical universities.

About 6,000 Indian students go to Ukraine every year to study MBBS and BDS.

In India, every year about eight lakh students appear for the MBBS entrance exam, out of these, only one lakh students get admission in Indian medical colleges. This is the reason why every year thousands of Indian students have to move to other countries, including Ukraine, to study medicine.

According to the Government of India, there are a total of 88,120 MBBS seats and as many as 27,498 BDS seats in government and private medical colleges in the country, and about 50 per cent of MBBS seats are in private colleges.

Data suggests that only five per cent of the total students who appear in the NEET exam get admission in the government medical colleges.

Devansh Gupta, an Indian student who has studied MBBS from Ukraine, says that in government medical colleges in India, a student needs to spend around Rs 15 to Rs 20 lakh on his fees to complete his MBBS. Whereas in private medical colleges, each student has to spend more than Rs 80 lakh to complete the course.

“On the other hand, the best private medical colleges in Ukraine charge fees up to Rs 5 lakh annually, due to which the entire MBBS course gets completed in about Rs 25 to Rs 30 lakh,” Gupta asserts while explaining why many students flee to Ukraine for studying medicine.