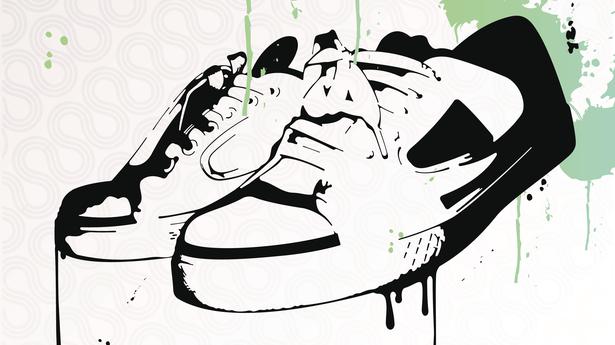 They hype freedom of expression and individuality, but what are sneaker brands actually offering?

They hype freedom of expression and individuality, but what are sneaker brands actually offering?

I am a sneakerhead. If it sounds like a confession, an admission of guilt, then that’s because it is — for various reasons, but most importantly because of the space it takes up, not just physically but also mentally. What’s worse is that it is us addicts who are propagating and advocating their cause, not merely for free but by paying smug corporate multinational brands resale value prices to be their merch ambassadors.

And, in spite of knowing all this, I continue to scavenge reseller sites and portals, trying to the cop a W (sneaker slang for acquiring) the next potentially precious pair. But those are internal flaws, I can address them anytime. Meanwhile, the industry has some objective flaws and those are for them to fix. Here is what needs a major rethink at these big brands.

Enough vintage: If I had to sum up the innovation in the sneaker space, I’d have to sadly report that hand-stitched formal shoes (think Lobb, Ferragamo and Berluti) have made more progress than these supposedly tech wonders. The trouble lies in all brands having a performance line and a lifestyle series. While the former gets all the benefits of R&D and innovation, the latter harps on about recreating vintage styles in new colours or textures. Trouble is, a shoe model from 1980 wasn’t the most comfortable then and it certainly isn’t comfier now. Barring a few models (Yeezy, Y3), most popular models out there are nothing but a reprise of something that launched almost three decades ago.

Also read |Who do sneakerheads love?

Pricey: Speaking of pennies, the one thing that hasn’t stayed 1980s about these shoes is the price. Paying an eye-watering three-digit dollar denomination for some very basic high-tops is hard to justify. As for what these prices become on the seconds market, let’s get to that shortly.

Inflated hype: Top sneakers are a lot like Rolex in that nobody knows just how many are made in a year. But it is safe to assume that with factories based in China and 3D modelling making new moulds cheaper to design, there is certainly no dearth of shoes every season. But plenitude doesn’t create hype. So, instead, they deftly control the supply chain, bringing it down to a trickle, restocking when needed, balancing out the entire chain so that the hype doesn’t ever die down.

Few brands: Nike, adidas, I ache to see a third brand which has street cred. Sure, there will be the odd Reebok or New Balance shoe that people covet, but 99% of the sneaker community only wants to wear Nike Airs, Jordans or Yeezys. And I’d happily take a challenge to that statement, but reselling prices on apps like StockX will only prove my point. So, for an entire movement based on going against conformity and questioning the system, they all basically huddle around the same 50 silhouettes and designs. Oh, the irony.

Exploitative: Do you know where your sneakers are made? Most of them are somewhere in Southeast Asia where the idea of human rights is as vague as democracy. Sweatshops are a reality even today and we are only fuelling that system by buying the tripe that the brands sell us about their being generous and kind to their employees.

So, to sum it up, here’s an industry that underpays employees, doesn’t really spend on innovation, and hoards stock to build up an artificial scarcity to up value and profits, and yet hides all this slickly behind ideas of freedom of expression and individuality. I think fascism has a new face and it’s hiding in plain sight. Time we took stock and took more conscientious decisions. For the moment, it is not sneaker culture, it’s a cult.

This column is for anyone who gives an existential toss.