Courting theatres after two years with Etharkkum Thunindhavan, actor Suriya talks about why even his mass films will have an underlying social commentary 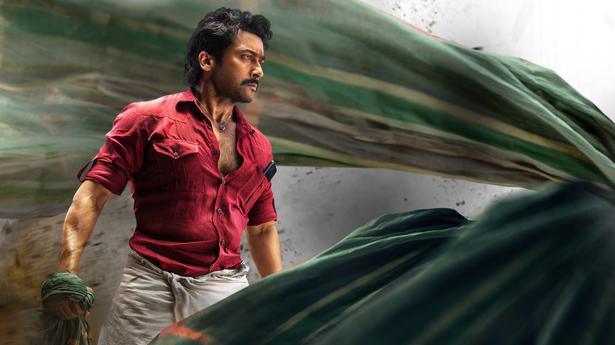 Actor Suriya, who is courting the theatres after two years with ‘Etharkkum Thunindhavan’, says social commentary will be a part of his films, even the ones tailor-made for the fan base

Actor Suriya, who is courting the theatres after two years with ‘Etharkkum Thunindhavan’, says social commentary will be a part of his films, even the ones tailor-made for the fan base

At first glance, the promotional content of actor Suriya’s new film ET(Etharkkum Thunindhavan in Tamil, Evariki Thala Vanchadu in Telugu) looks like a film that is meant to appeal to his large fan base, but the actor asserts that there will be something to take away when the audiences leave the theatres: “I am 47; I feel responsible to use cinema to make people think and, if possible, trigger a change. Vetri (Maaran) told me he gave up smoking after watching Vaaranam Aayiram. I don’t want people to watch my films only for entertainment. There has to be something more,” he says, during this brief conversation in Hyderabad earlier this week.

With a warm smile, more than once he expresses his happiness at being able to travel and talk about his film, like the pre-pandemic days. After the heavy-duty Soorarai Pottru(Aakaasam Nee Haddura in Telugu) and Jai Bhim — both films streamed digitally— he is looking forward to the theatrical release of ET on March 10: “Telugu films Akhanda, Pushpa and Bheemla Nayak have given us hope that it is possible to draw the crowds back into the theatres.”

While working on Soorarai Pottru, a part of the acting process was to recall his past, when he used to drive 85 kilometres to work in a garment factory, to be able to portray the anguish and resilience of a man who is aspiring to make a mark. The script of Jai Bhim had enough emotional heft for the actor. How does he get into the mindspace of a character in a mass film like ET or the Singam franchise? “I believe in this form of entertainment too. I need to cater to different audiences and I want to do it well. If I do not believe in it, it will not look authentic on screen.”

Suriya refuses to get into the details of the underlying social commentary of ET, beyond hinting that it touches upon issues faced by women. However, he assures that there will be a few talking points such as the ingrained, everyday patriarchy: “We don’t think twice before taking women in our homes for granted, expecting them to play host, caregivers; some of this is also woven into the film.”

ET has him team up with director Pandiraj, whom he launched with his production Pasanga and the subsequent Pasanga 2. Pandiraj also directed Karthi in Kadaikutty Singam(Chinna Babu in Telugu): “Pandiraj has a way of striking a balance between commercial elements and staying true to the story.”

After the mainstream detour with ET, Suriya will begin working on his next projects with director Bala and Vetri Maaran. Pre-production work is on for Vetri Maaran’s film Vaadivasal: “There are scenes for which we will need to use robotics and at least 1000 people. We were waiting for the pandemic to taper down. We hope to start filming by June.” Probe him about Bala’s film and Suriya smiles, but refuses to give away anything.

ET is Suriya’s first collaboration with actor Sathyaraj, whom he has known since his childhood days in Coimbatore. “Sathyaraj mama’s first earning in cinema was ₹ 10. He bought me chocolates and took me for a ride on his bike. It took us this long to work together. Today’s youngsters identify him as Kattappa or by his father roles. I’ve seen his journey from a villain to a hero and then character roles. He is keen to play a negative character now.”

For years, Suriya refrained from dubbing for his Telugu films and that was a sore point. That changed with Gang, the Telugu version of Thaana Serndha Koottam. He has also dubbed for the ET Telugu version and says this time around, he was more familiar with the language: “I finished the Telugu dubbing earlier than Tamil and Pandiraj commented that the Telugu version sounded even better.”

For now, he is glad that Soorarai Pottru and Jai Bhim have appealed to more than just the Tamil-speaking audiences, thanks to the wide digital reach: “I believe that theatres will co-exist with the digital medium. It is a process of evolution. Of the eight crore population in Tamil Nadu, only an estimated 80 lakh watch films in theatres. I made my career with theatrical films, so that will continue. Moving forward, I will also make films for the digital space,” he says, adding that Jai Bhim director T J Gnanavel has been flooded with requests from different film industries for their projects. “Language and regional barriers that had begun to blur with films like Baahubali, have further blurred during the pandemic.” 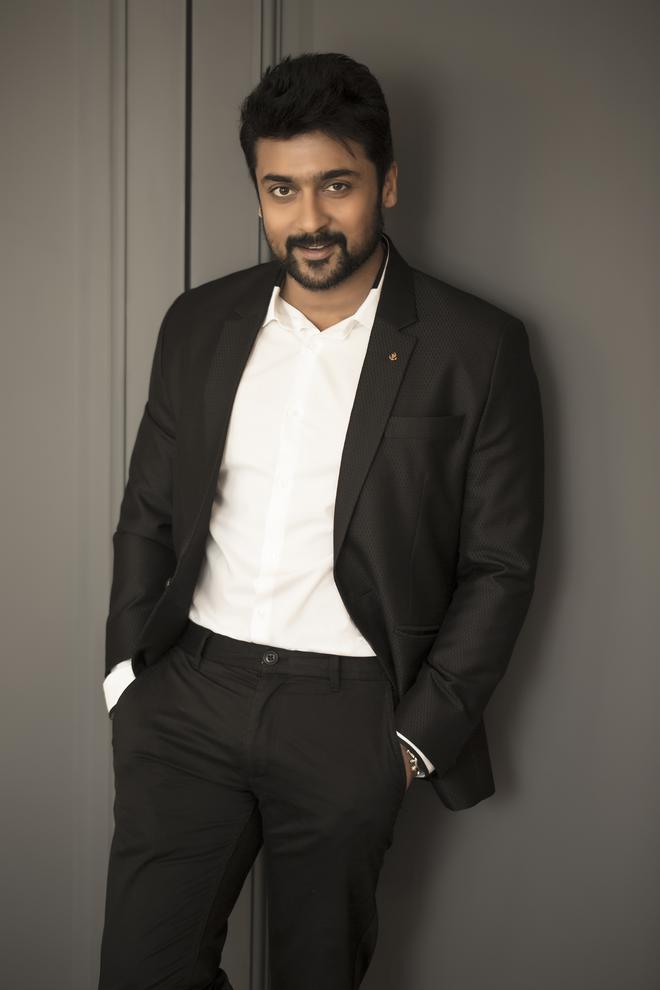 He recalls the conversations that opened up post Jai Bhim: “So many people told me they were not aware of the plight of Irula and other native tribes. I was touched when the Tamil Nadu Chief Minister M K Stalin showered praises on the film. Further, the State government carried out an exercise of identifying people belonging to native tribes in each district, in order to give them community certificates. If a film can enable this, it shows we can be changemakers in a small way.”

Suriya says both Soorarai… and Jai Bhim were leaps of faith. He was cautioned not to take up films where his character is stripped of the usual heroics: “I have been in cinema for 24 years. I see no harm in being a part of films that narrate stories inspired by real people.”

He is aware of the criticism that came in from some quarters about the craft of Jai Bhim being emotionally manipulative: “Our attempt was genuine. If there is something that can be corrected, we are open to suggestions. There is always a learning curve. We cannot outright dismiss the opinions of those who have alternative points of view.”