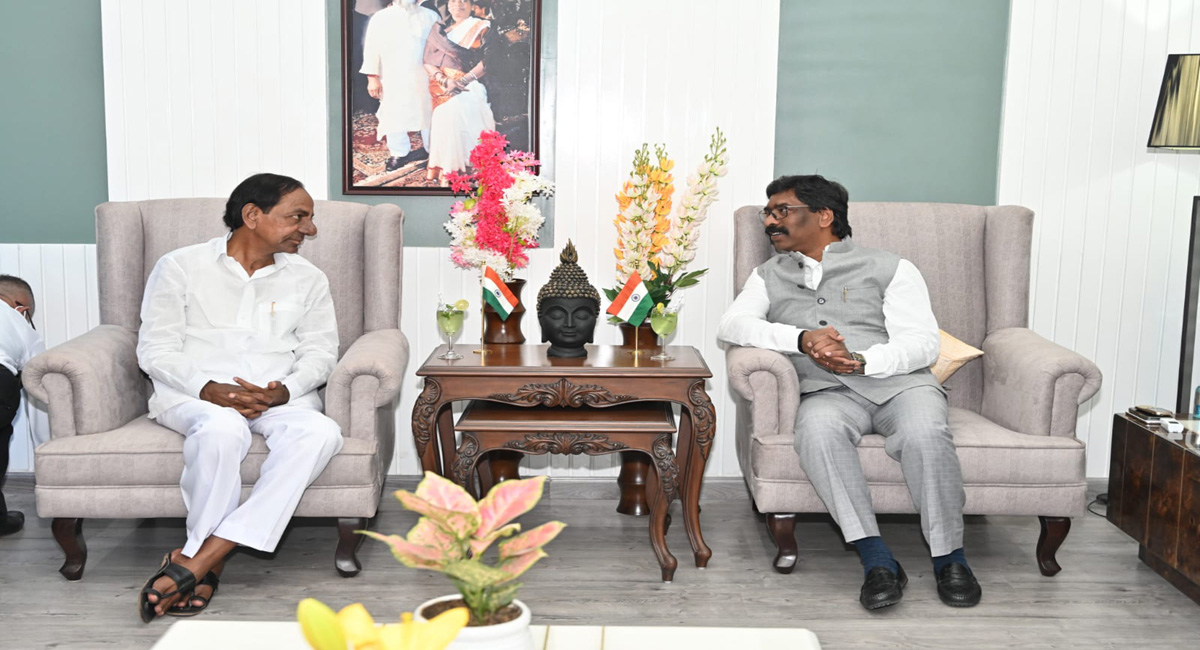 Hyderabad: Chief Minister K Chandrashekhar Rao said India needs a new direction for a better future and the first step has been taken for a ‘Accha Bharat’ (Better India). He said efforts have begun for unification of the like-minded forces and made it clear that it was not an anti-BJP, anti-Congress or a third front, but was only an idea for a better country for the benefit of all the citizens.

Accompanied by Addressing the mediapersons along with Jharkhand Chief Minister Hemant Soren in Ranchi on Friday, Chandrashekhar Rao said even seven decades after Independence, India has not achieved its full potential in terms of development. He said the onus was on every citizen to rectify it and he was meeting several leaders in this regard. “We are very clear. We need to lead this country in a new direction and take a new path. We have triggered a dicussion in this direction,” he said.

Responding to a question on whether this was an anti-BJP front, the Chief Minister said one need not be hasty in drawing conclusions as this was an effort to take India on the right path. He asserted that this was not an anti-BJP, anti-Congress or a third front. “I am clever. You cannot get anything out of me. But whatever I am saying, I am saying with a good heart and intention. We want a better country and a better development for the benefit of all the people,” he said.

He stated the effort for unification of like-minded forces was for development of the country as it needs to progress on all fronts. “This cannot be decided by one or two people. We will all meet shortly and decide what needs to be done in this regard. We have just begun and what it turns out, will be decided later,” he added.

Chandrashekhar Rao thanked Hemant Soren for his hospitality and also recalled that his father and former Chief Minister Shibu Soren was the first person to extend support for creation of Telangana State when the statehood movement started in 2001.