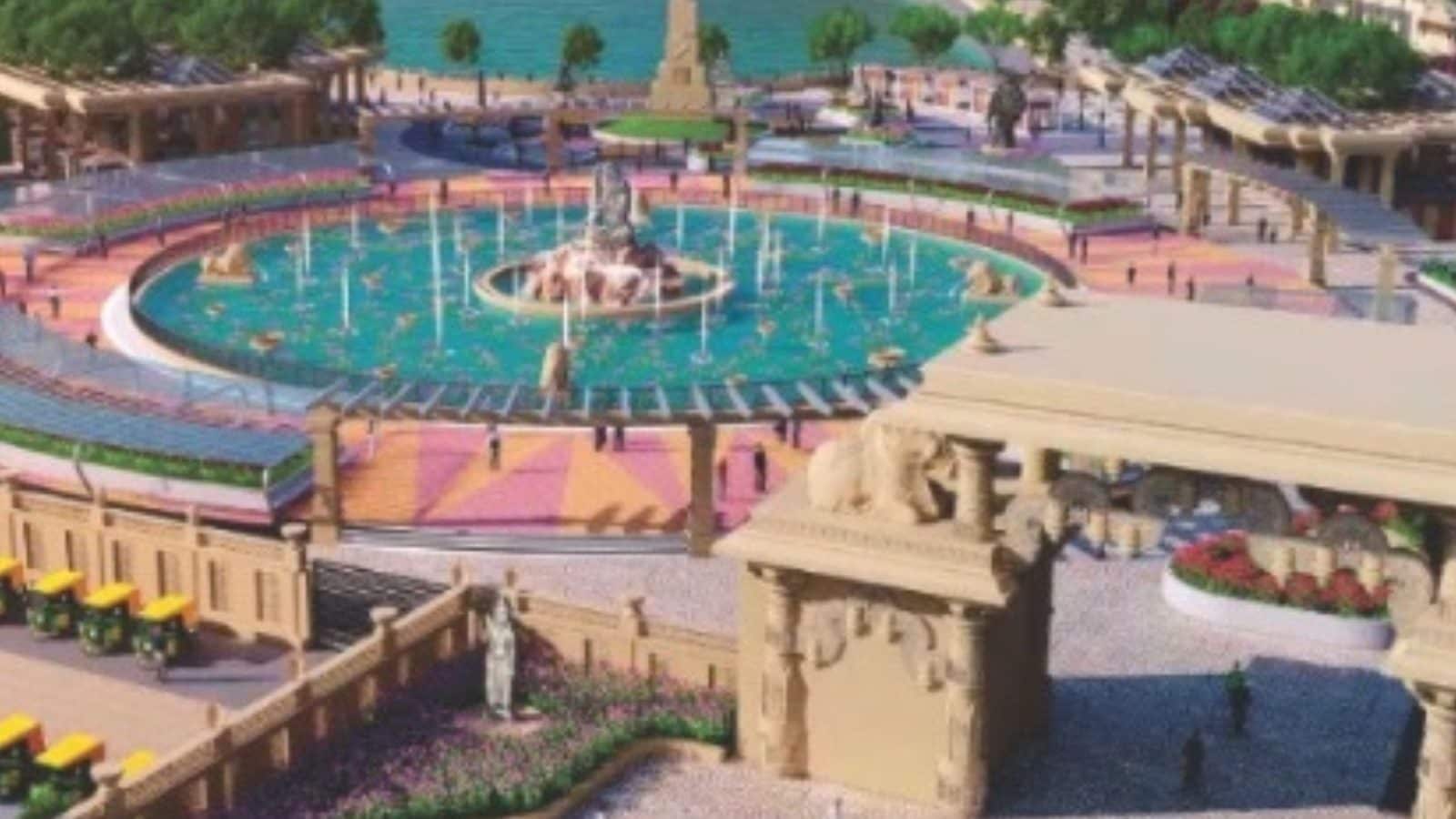 Ujjain, the land of Mahakal or Lord Shiva, which had remained a centre of faith for millions of devotees for ages, is getting a modern look while its heritage structures are kept alive and preserved.

As part of the Mahakal Vikas Yojana of the government, a massive roadmap to facelift the temple premises and the city in general, the Mahakal temple campus, Rudrasagar and nearby heritage places are being developed while keeping the heritage site intact.

With a wide range of infra projects, the government is making the entry, stay and exit of visitors hassle-free. At the same time, the project is adding modern tourism amenities to the religious itinerary of the visitors seeking the divine blessing at the Mahakal doorsteps.

The congested nearby markets have already been dismantled, while the shopkeepers are being designated commercial areas. As part of the traffic management plan, modern parking lots and tourism information centres are being developed, and temple access routes are being bifurcated.

The arms of the bridge leading to Indore and Triveni are proposed to be widened to handle growing traffic at Hari Fatak bridge, a main access route which leads to the famed temple. Two underpasses are being built on the railway line to facilitate heavy influx of devotees which flock the temple on prominent festivals. These underpasses are proposed at Madhavganj and Bhagat Singh Road. The road leading to Chardham temple from Triveni will be widened to 24 metre with added visitors’ facilities.

Other roads connecting prominent places of the town will also be widened.

The temple campus extension scheme is being implemented in the town while eyeing to increase the temple area to almost eight times of the present area. The project is being implemented in two phases. While the first phase is almost complete, the local administration has undertaken the second phase works. According to the blueprint of the Rs 705 crore project, the campus area will be spread across 20.23 hectare once the project is completed.

Under Amrit Yojana, an underground sewer system is being developed so that it is ensued that drain water isn’t discharged in river Kshipra or Rudrasagar.

Built on the format of sanatan Hindu dharma and Vedic style, Mahakaleshwar Vatika is being built with structures bearing various forms of lord Shiva including Kamal Kund, Saptrishi Mandal, Shiv Stambh, Muktakash Manch, Trivedi museum and others. The main access route to the Mahakal temple will be a road for pedestrians and e-carts. The route is being decked up with pillars bearing lord Shiva’s images, murals and trees.

There will be two pedestrian lanes of 3 metre each and a six metre lane for e-carts. A 210 metre bridge is being built from Chardham temple to Mahakal temple visitor facility centre. Moving lights have been installed at Mahakal temple and nearby shrines.

Among other amenities, a musical fountain is being installed at Rudrasagar and a water screen show will be added to the tourist attraction. An emergency entry and exit is proposed in the western part of the temple campus while a green area will be developed after removing the ann kshetra and preaching hall. The front extension of the temple will have green belt, 100 puja item shops, two parking lots and a visitor information centre.

Chief Minister Shivraj Singh Chouhan had taken stock of the works on Thursday during his visit to the city. Underlining that it was a long term project, Chouhan had ordered officers to avid haste and correct shortcomings, if any. The administration had briefed the CM about second phase works of the project.

Chouhan has ordered keeping the timeline in mind and also keep cleanliness inside the temple campus as prominent feature of the plan. District collector Ashish Singh on Thursday ordered officers to monitor day-to-day progress of the works.

‘Keeping Heritage Alive, We are Turning the City Into a Visitor-Friendly Destination’

“We are adding more facility in the campus and around the city,” added Pathak saying the temple campus is being extended to almost 10 times so that there is no rush and inconvenience during festive days. The temple corridor will be of 900 m so that it handles large crowds efficiently. This will be handy especially during Kumbh melas. Facelift of ancient Ramghat is also a key project of the scheme.

“We are planning to let visitors explore the ancient and religious places with user friendly facilities so that their visit isn’t limited to Mahakal campus only,” said the CEO adding it will extend visitors’ stays in the city in turn boosting the local economy as well. “We are also keeping in mind that the ancient and heritage form of the city isn’t lost,” he noted.