Student photographers capture Tamil Nadu and its stories on smartphones 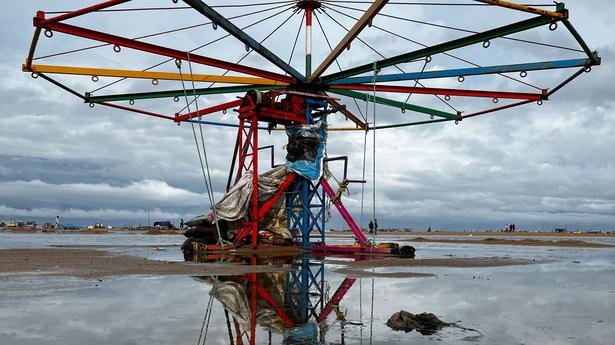 Forty student photographers from Tamil Nadu capture the State, its people and culture through photographs clicked on smartphones. Their work is currently on view at Government Museum, Egmore

Forty student photographers from Tamil Nadu capture the State, its people and culture through photographs clicked on smartphones. Their work is currently on view at Government Museum, Egmore

The soft afternoon sun, amid the early onset of summer, veils the Government Museum in a translucent golden hue. One of the city’s favourite venues is back to its pre-pandemic glory, as students once again lounge outside the Connemara Public Library with a book or two, and parents walk in with their little ones for a quick afternoon walkabout. The beloved museum premises once again stands as a world apart, right in the heart of the busy city, surrounded by the relentless weekday traffic: a sight reminiscent of happier, mask-less times.

While the iconic Museum Theatre remains closed, owing to renovations scheduled for the year, other parts of the premises have seen some welcome changes. It now houses an open air theatre (OAT), an exhibition space called Hub that sits comfortably under a canopy of trees, and Plaza: a lounging area in front of Connemara Library.

Hub today holds vignettes from all over the State, as photographs captured by Tamil Nadu’s young talent are exhibited in large format prints. Nestled under the trees, A Land of Stories — the showcase organised by Goethe-Institut and Chennai Photo Biennale, helmed by 40 students from across Tamil Nadu — is the first event the space has seen since its completion in March 2021.

From the colorful Koyambedu market at wee hours to the tilled farmlands of Thanjavur and the birds of Puducherry, the display comprises images clicked on smartphones by children of Government and private schools in the State mentored by the Chennai Photo Biennale’s education wing over the pandemic.

Eighteen-year-old M Anusha, from Chennai’s Ajay Higher Secondary School of the Hearing Impaired, enthusiastically signs to us about her love for the Millenium Park and Koyambedu market, where she found most of her subjects: be it the leaves that create an unintentional web of green or the rows of bright red tomatoes that foreground a vegetable shop. An interpreter translates, “The patterns on colorful butterflies, and the many flowers and plants have always attracted me.” She vows to continue clicking wherever she goes. As for 13-year-old Tanijasri from Vidya Mandir, Mylapore, the most challenging aspect of her brilliant shot of the reflection of a decrepit ferris wheel at Marina Beach, was the fact that the water wouldn’t hold still.

“It was easier to shoot on a phone but the water kept moving! Nowadays, wherever I go, I make sure to keep clicking,” says Tanijasri who has been training with CPB since 2020. Fourteen-year-old Santino R Samurai’s frame that illustrates “a farmer’s day-to-day life” was shot in the paddy fields of Thanjavur where his grandmother lives. The young talent is also freelancing for clients. 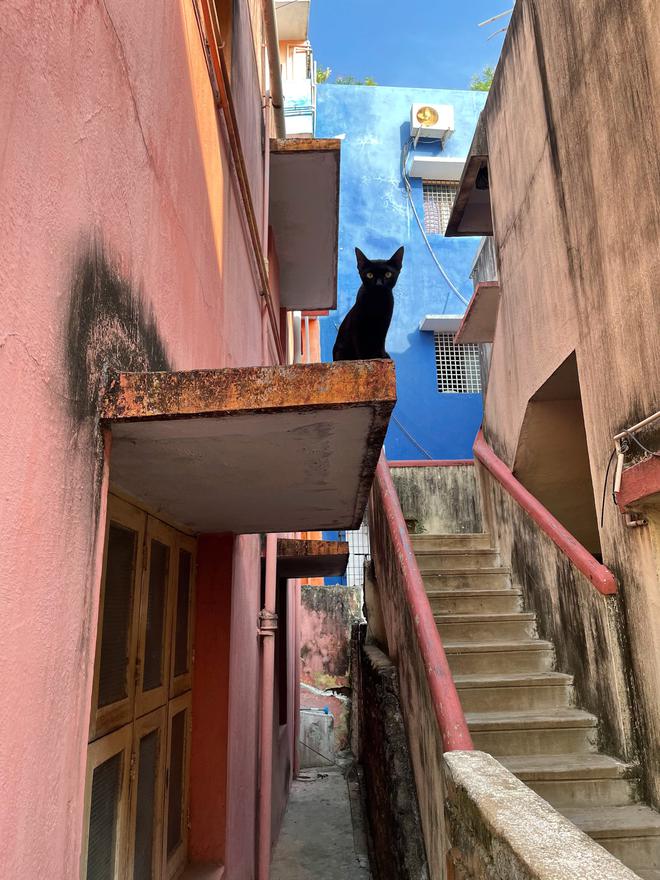 Sixteen-year-old Raksita Rajagopal’s preoccupation with the dogs and cats in her neighbourhood comes through in many of her frames — she points to one and says with a laugh, “His name is Corgi though, but he is not a corgi.” Rakshita continues, “From a very young age, I used to feed the dogs in my street. I grew very fond of them over the years. And they became my subjects.” One particularly striking image shows a cat, holding a dignified pose with a coat as black as the night, perched between pink and blue-coloured columns and walls of adjoining apartments. The contrast is laudable.

“This is the third time that we are doing a public show with the kids and this is the biggest one yet,” says Gayatri N, head of education at CPB. She adds that the collaboration saw students from Goethe-Institut’s language courses as well as from CPB Prism who were already under their mentorship in late 2021. The students used iPhones provided by CPB. “Every weekend, we planned photowalks with them in small groups. We curated these photowalks, because we wanted to look at different aspects of the city. And, we wanted the kids to have fun — we didn’t want it to become another assignment.” They also worked with NGOs like NalandaWay and Shishu Shakthi. 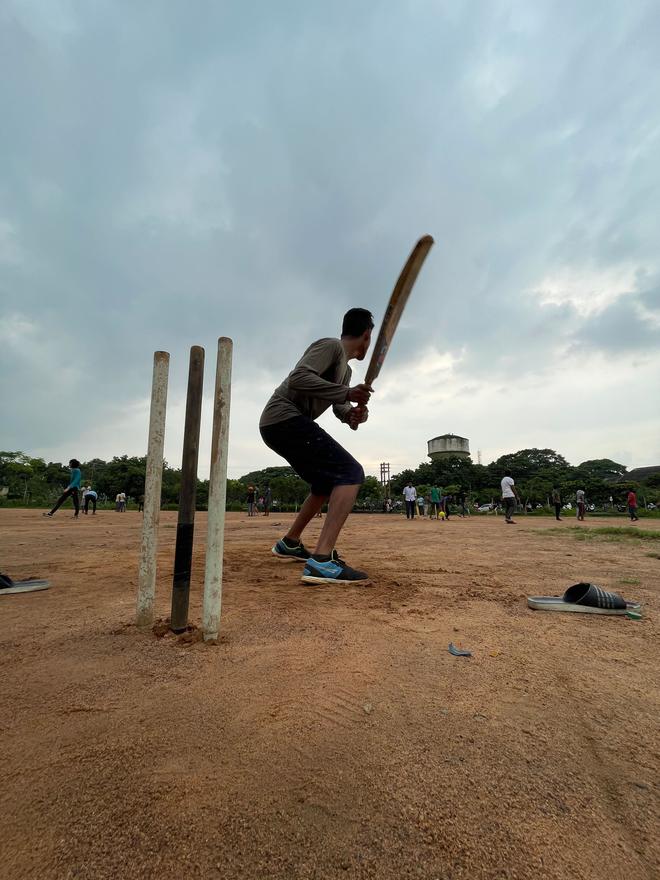 The selected group of 40 young photographers are a delightfully diverse mix from across the State. All of them have varying interests too, says Gayatri. For instance, some are interested in just going out and meeting new people; others in architecture. Over time, Gayatri says that their curriculum has evolved. “Now, it is a 12-week curriculum. It’s extensive and covers simple things like photo vocabulary, line, shapes, colours and contrast. Then it builds on to composition and the rule of thirds. The focus is always on the power of looking at things — when you look at something, how do you see and frame it?” For them, a single image is not as important as telling a story or even having a language of images, concludes Gayatri.

Be it a lone cow in the company of a stork against the backdrop of a TNEB transformer, or a cross section of Fort St George, these 120 frames point to one narrative: that of a land, its people, culture and legacy.

A Land of Stories will be on view at Government Museum, Egmore from 9.30 am to 5 pm till April 17.