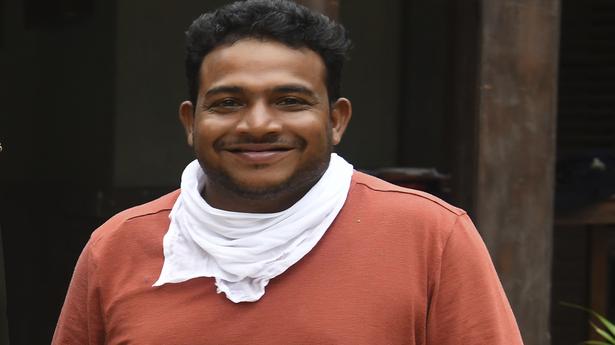 In a post-release analysis of ‘Bheemla Nayak’, director Saagar K Chandra holds forth on tweaking ‘Ayyappanum Koshiyum’ for the Telugu box office

In a post-release analysis of ‘Bheemla Nayak’, director Saagar K Chandra holds forth on tweaking ‘Ayyappanum Koshiyum’ for the Telugu box office

Director Saagar K Chandra grew up in the Nalgonda district of Telangana, where he remembers listening to people talk reverently about trees and forest cover. Local legends abound about freedom fighter Alluri Seetharama Raju convening a meeting beneath a particular tree, and so on. Subconsciously, all this helped him give inputs to define Pawan Kalyan’s titular character in Bheemla Nayak, for which Trivikram Srinivas penned the screenplay and dialogues. The Telugu film that opened to a rousing box office reception last Friday, is a more mainstream adaptation of the Malayalam film Ayyappanum Koshiyum (AK).

Saagar says it was a conscious decision to tweak the original for Telugu: “The initial portions of AK elaborated police procedures about FIR, medical checkup and bail formalities. We trimmed those portions and boosted the ego clash between Bheemla and Daniel (Rana Daggubati).”

In the initial discussions, Saagar and Trivikram Srinivas also decided not to probe deep into the caste and class divide: “Bheemla hails from a tribal family and his wife (played by Nithya Menen) roots for tribal welfare. Bheemla lives and works in his native town and worships the forest. Daniel has a political background. We wanted class and caste aspects to remain as an undercurrent to the clash rather than play them up.”

The adaptation is also a crisp version of the original ( Bheemla… is 2 hours 10 minutes as opposed to AK’s 2 hours 57 minutes). “In the original, the second half was a prolonged stalemate without a drastic change in the emotional graph. We wanted more drama to befit the Telugu version, so when we took out what we felt wouldn’t be needed from the original, the film automatically got trimmed.”

New plot points surface in Bheemla Nayak, some of it eliciting a good response while some viewers preferred the original. Saagar explains that the backstory of Bheemla, narrated through a flashback, was necessitated by the film’s team looking for a larger moot point that drives his actions: “Ayyappan getting back his job was pivotal in the latter portions. For an actor like Pawan Kalyan with a superstar image, that wouldn’t suffice. We had to have something more. So the backstory shows him giving his word to someone as a protector.”

Saagar explains that the emphasis was to juxtapose contrasting characters throughout the drama. While Bheemla’s wife asks him not to step back, Daniel is urged by his wife to accept his fault. “We also changed how both the female protagonists are shaped. Nithya’s character retains the essence of communism by way of helping the tribal people and not taking things lying down, though she doesn’t outwardly declare her ideological leanings. Samyuktha’s character works as the pacifier in the clash.”

Saagar’s observations from Nalgonda also came in handy to include a verse about Bheemla’s lineage in the opening lines of the title track. He has been keen on keeping his work rooted in Indian traditions and literature, even as he took up filmmaking to explore contemporary narratives, after studying screenwriting in the US. The characters and the drama in his earlier film Appatlo Okadundevadu had parallels to Karna and Duryodhana. 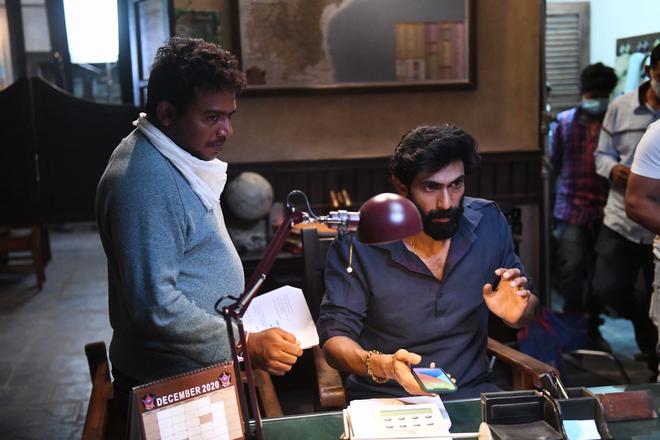 Saagar is an avid reader of classics and is particularly fond of R K Narayan’s writing. He cites the examples of The Man-Eater of Malgudi and The Ramayana: “R K Narayan is amazing in simplifying the most complex things and making the simplest of things appear more interesting.”

Saagar’s interest in storytelling and cinema grew while pursuing his masters in the US. “Growing up, I was surrounded by academically-oriented people. I watched films occasionally, and it was limited to big hits like Tholi Prema and Annamayya. My exposure to cinema began to grow while studying in Vasavi College of Engineering, Hyderabad.”

In the US, he got acquainted with Sudesh Balan (now a Communication Design faculty member at IDC School of Design, IIT Bombay): “For one of his projects, Sudesh anna took a backshot of me gazing up at a poster of Amitabh Bachchan. Gradually my interest grew and I decided to learn screenwriting, production and editing.”

When he returned to India to pursue cinema in 2011, there were trepeditations since the family had no film background. Eventually, his parents rallied around him.

A decade later, Bheemla Nayak places him among an A-list cast and crew. “All of a sudden, things took a turn. There was so much expectation from the film, given the big names involved. It got overwhelming; I insulated myself and focussed on the task.”

Having delivered a blockbuster, Saagar is looking forward to his next project. “I have written a couple of scripts. I intend to incorporate whatever I have learnt and observed so far, through the stories I narrate.”