As Climate Dangers Rise, Scientists Predict Disasters Before They Happen 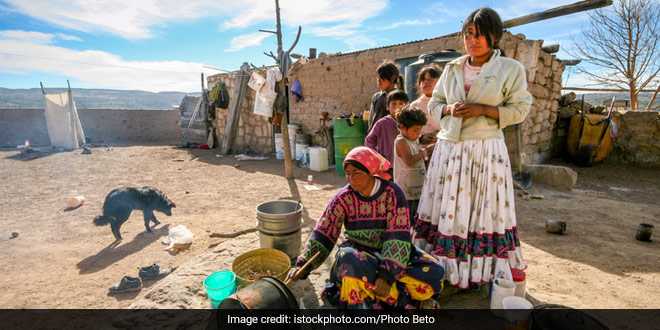 For climate scientists reviewing a Pacific Ocean temperature forecast map in November, a bright red, sideways “V”, thousands of kilometres long signalled disaster. Combined with La Nina cooling in the central and eastern Pacific, the V-shaped pattern of warm sea water, stretching from Australia’s east coast to the Philippines and back over the ocean north of Hawaii, indicated that halfway around the world in the Horn of Africa the upcoming March-May rainy season would likely fail.

The scientists’ organization, called Famine Early Warning System Network or FEWS Net, sent out an alert with U.N., EU and African institutions, saying the “unprecedented” drought would likely “cause a perilous and disruptive humanitarian disaster”.

If the warning is born out, it could push the region into its worst drought on record. Millions of people would struggle to feed themselves.

In East Africa, FEWS Net’s team says only two biannual rainy seasons since late 2016 were considered “normal”, while the rest were wet to the point of flooding or dry to the point of drought.

“It’s not just enough to forecast, we really need to act,” said Zinta Zommers, an IPCC report review editor who works at the U.N. Office for the Coordination of Humanitarian Affairs.

FEWS Net began in 1985 following the Ethiopian famine. The U.N. has run a similar programme known as GIEWS for decades, while other agencies including the World Food Programme have experts regularly analysing conditions.

As climate science and satellite monitoring have improved, those tools are increasingly used as the first step in heading off climate-related catastrophe.

The 2015 Paris Agreement on climate change lists such systems as a tool to minimize loss and damage from extreme weather events, such as drought, heatwaves, locust swarms, storm surges and wildfires. Systems can even predict when winds will be strong enough to rip the roofs off houses.

It has given early warning on events including flooding that is becoming increasingly common in South Sudan. In response to the current East Africa drought alert, following three failed biannual rainy seasons, USAID plans to fund searches for alternative local water sources or to bring in water trucks.

Locals struggling to feed themselves as cattle die of thirst and crops fail will receive stipends to buy food or dried foodstuffs shipped into the area.

We can make more use of the same amount of humanitarian support to help more people if we act before, rather than clean up afterwards, said Maarten van Aalst, director of the Red Cross Red Crescent Climate Centre.

In the Philippines – among countries most vulnerable to tropical storms – automatic payments will go out when a typhoon is predicted to destroy at least 10% of houses in at least three municipalities. Similar set-ups exist for Peru, Vietnam, Bangladesh, Mozambique and Mongolia.

‘What Will You Eat?’

Last month, Bernard Mbithi set to tearing out a failed corn crop from his field in eastern Kenya.

“What will you eat? How will you even survive? That is a major thing you have to ask yourself,” said 63-year-old Mbithi, who is married with two children. He learned about the poor forecasts for this year’s rains on his mobile phone, and decided to try planting more drought-tolerant cowpeas instead.

But warning systems, even when they work correctly, won’t be a cure-all for regions hit by climate change, scientists warn.

A U.N. report last year found that 58 developing countries collectively need about $70 billion per year through 2030 to adapt to climate change. So far rich countries have mobilized only $20 billion annually for these efforts, according to the Organisation for Economic Co-operation and Development. They pledged at the U.N. climate summit in Glasgow last year to double that figure by 2025.

“We need a lot – a lot of education to people, a lot of resources,” Mr Mbithi said.

Everywhere in the world you see that there is climate change. So you have to be worried.

(This story has not been edited by NDTV staff and is published from a syndicated feed.)