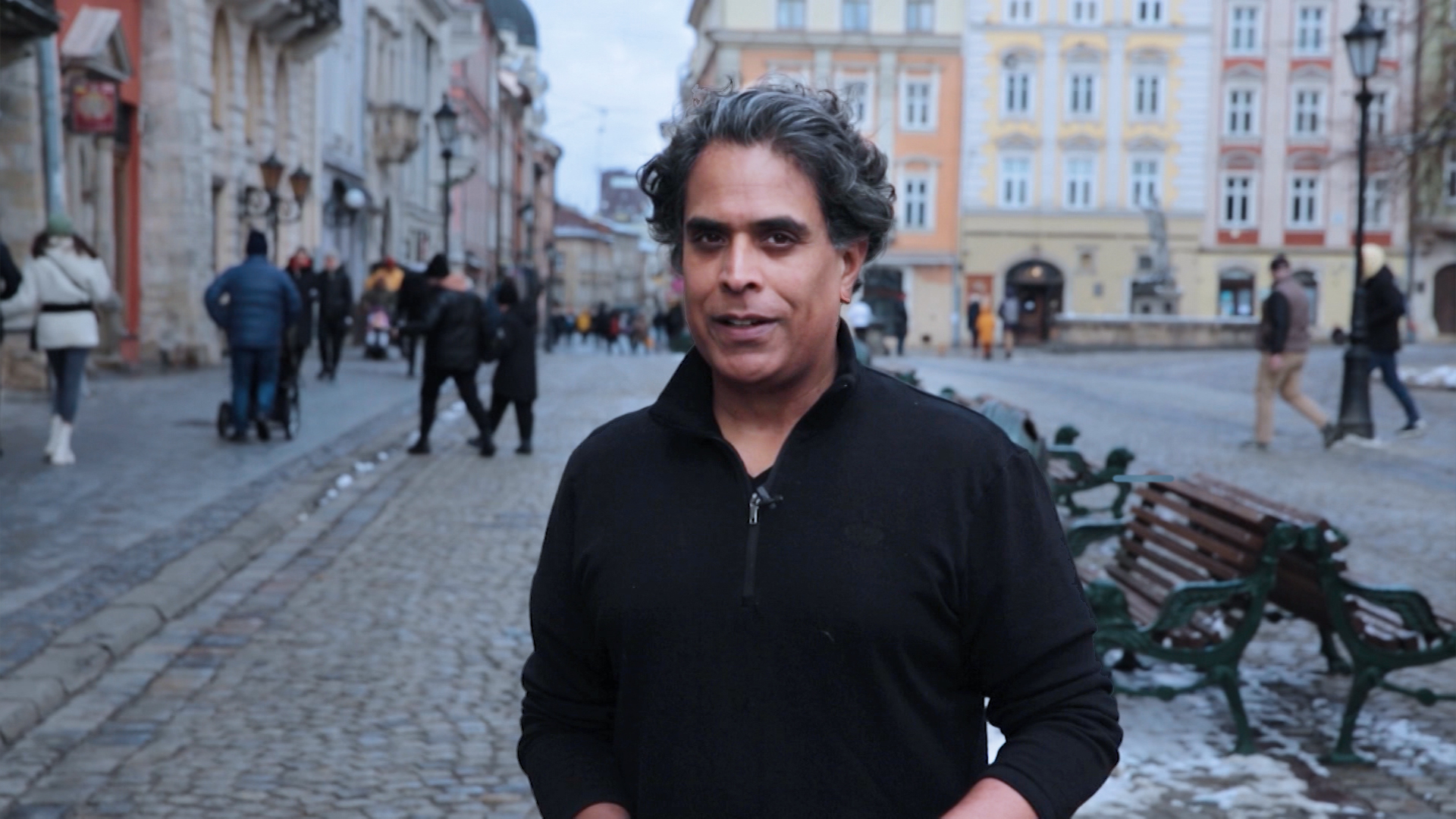 CBN News’ senior international correspondent George Thomas continues to be in the middle of the Ukrainian war zone, sharing videos and images of the troubling, traumatic — and inspiring — events unfolding on the ground.

Amid the chaos of Russia’s invasion, Thomas has shown viewers what is happening in real-time, capturing the Ukrainian people’s spirit, grit, and determination.

Listen to the latest episode of the Faithwire podcast

“The general tone is one of determination, of courage, of a fighting spirit,” Thomas told Faithwire, noting that many of those he has spoken with on the street are in awe of Ukrainian President Volodymyr Zelenskyy. “Somebody said to me, ‘He hasn’t even shaved, and look at the way he’s rallying the country, rallying the troops … he’s in the trenches.’”

Thomas said the Ukrainian forces’ success in holding back Russian troops thus far has “motivated the nation” as citizens rally to sustain their country from the ongoing Russian onslaught.

PRAYER WORKS: As Russian troops were entering the city, this woman was seen praying and lifting her hands to heaven outside a monastery in Kyiv. Friends, please join her and people around the world who are praying for peace here in Ukraine. #kyiv #StandWithUkriane #UkraineWar pic.twitter.com/xVMIOhhxAe

In addition to stories of ordinary citizens rallying to battle, Thomas is telling some of the other heartwarming, overcomer accounts he’s personally observing in churches and on the streets of Ukraine.

On Sunday, the reporter offered a lens into how Ukrainian Christians are handling the deadly uncertainty: with faith, love, and an appeal to the Gospel. He told Faithwire a church he visited over the weekend is not only praying and worshipping but is also actively engaged in being the hands and feet of Jesus.

“The pastor of the church, in essence, set the tone for this past Sunday,” Thomas said. “He got up and said, ‘As we worship and come into a time of praise and worship, that all of the songs we sing today, we sing keeping in mind what is going on today in our nation. And as we storm the gates of heaven with our praise … we are in essence storming the gates of heaven for peace as well.’”

Thomas said the church service was “very moving” and that congregants — including some who had fled from other areas of Ukraine — were fully engaged from the front row to the back.

Despite the anguish and turmoil of Russia’s war, Ukrainian Christians remain steadfast, vowing to preach the unending, compassionate & redeeming love of Christ. Take heart, your prayers are being heard. God is moving powerful on their behalf! #StandWithUkraine #PrayForUkraine pic.twitter.com/9OxPNTTIsu

While parishioners’ spiritual needs were being met, Thomas said church staff members were working in other areas of the house of worship to help displaced families.

“Staff members were in another part of the building hauling mattresses up two flights of stairs,” he said.

The church was setting up pillows and sheets and assembling clothing and toiletries they had purchased for individuals and families in need. Thomas said five displaced families were already living inside the church.

In another video published Saturday, Thomas detailed what it’s like for Ukrainian citizens trying to escape the chaos of war. As air raid sirens blared in Lviv, Ukraine, he took viewers inside an underground shelter.

“This is what people have to face now,” he said, showing the look and feel of the underground respite.

Please continue to pray for Thomas and all those in Ukraine as the battle forges on. He encouraged those who want to help Ukrainians to visit Operation Blessing.