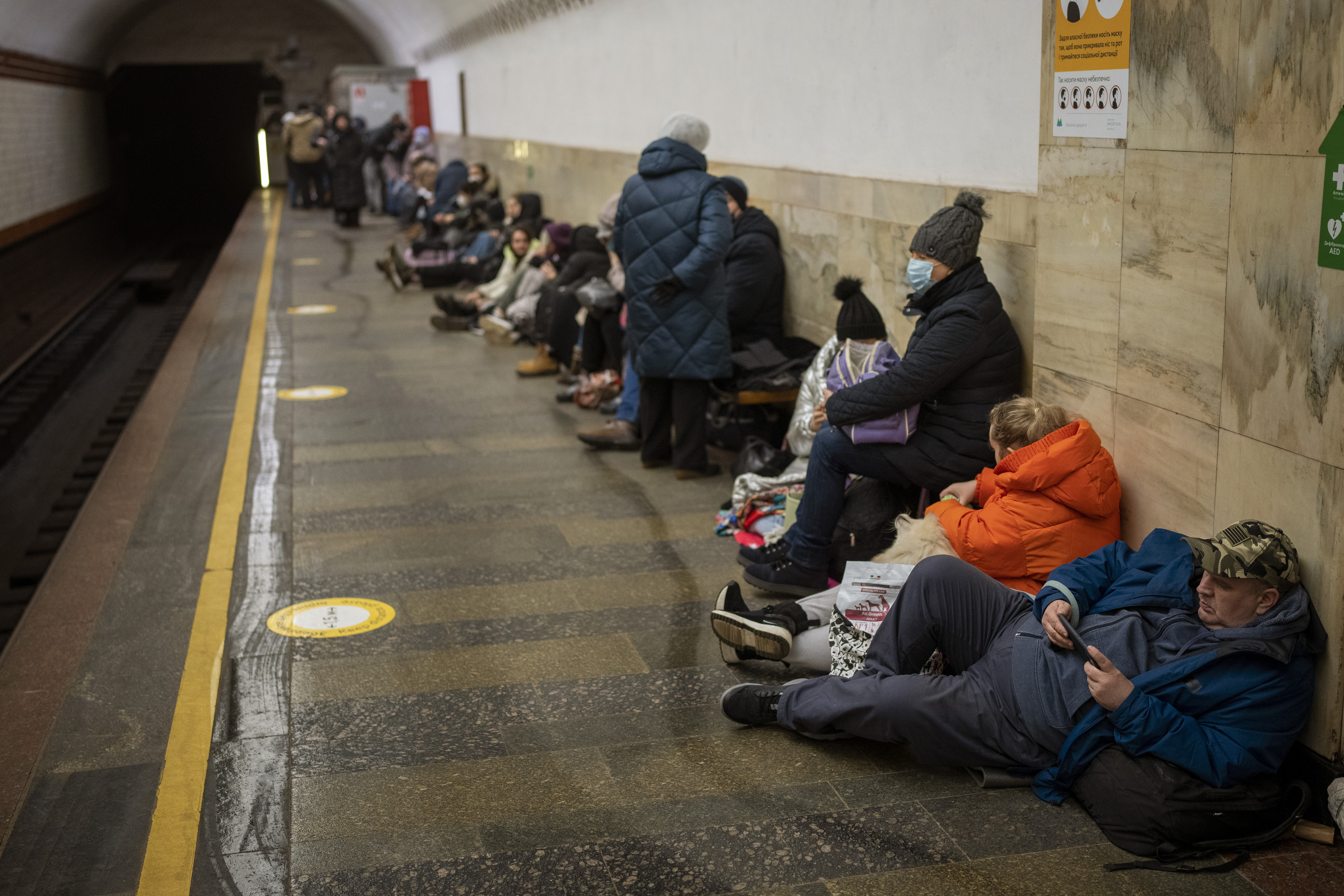 Russian nuclear forces are on high alert after Kremlin troops were stymied by Ukrainian fighters in their onward advance on the capital city of Kyiv.

After five days of the war, the people of Ukraine are holding off Russian forces in the city of Kharkiv as well. As the death toll rises on both sides, diplomats have returned for talks to potentially resolve the war.

Delegates met in Belarus on Monday to potentially calm the air.

“Make no mistake, Mr. Putin still has significant combat power at his disposal,” said John Kirby, spokesperson for the Pentagon. “He still has a lot (of combat power) that hasn’t yet moved into Ukraine.”

While Ukraine has delayed Russian forces from taking its capital city, satellite images show a 3.5-mile Russian convoy posturing for another attack on Kyiv.

CBN’s Senior International Correspondent, George Thomas is on the ground in Western Ukraine and says 500,000 Ukrainians have already fled to neighboring countries. He estimates up to five million refugees in all.

“It’s just a heartbreaking story of people who have to leave their homes very quickly,” Thomas said. “The Ukrainian government is restricting any man between the ages of 18 and 60 from boarding a train because they are needed to take up arms and fight the Russians.”

Ukraine civilians continue to bear arms and fight. Many are making Molotov cocktails per request from their government to use against the Russians.

Ukrainian prisoners with real military experience have also been released to fight for their country’s freedom.

Meanwhile, nearly 28 NATO countries have increased sanctions against Putin and Russian banks, sending the country’s economy into a tailspin.

The Russian Ruble plunged nearly 30 percent against the dollar. Switzerland joined in, barring Putin from Swiss Banks. Experts worry it may only provoke further retribution.

On Monday, Kyiv and other cities fell asleep to yet another round of war sirens. The world now waits on the Kremlin’s next move.

“Nuclear use would have devastating consequences,” said State Department Spokesperson, Ned Price. “As President Putin continues his premeditated, unprovoked, unjustified and unlawful war against Ukraine, the U.S. with our allies and partners across the world, will continue to hold the Russian government accountable.”

Military officials say the war in Ukraine is not going the way Putin planned. They estimate 4,500 Russian troops have been killed trying to overtake Ukraine.

When asked if Americans should be worried about the prospect of nuclear war, President Biden simply said, “No.”