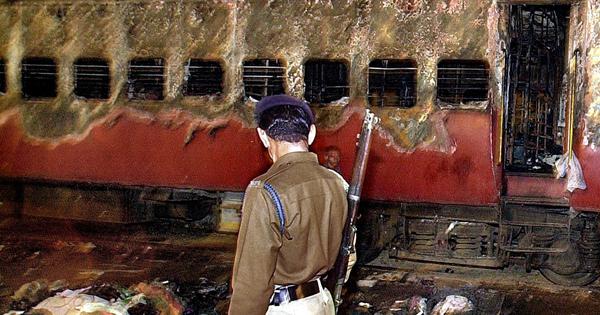 The deaths of 59 people in the train compartment at Godhra 20 years ago, and the violent aftermath in which more than 1,000 people were killed, had many lessons for us. And what did we learn from it?

We learned to compartmentalise our dead. We learned to be selective in our compassion. We realised the raw power of the hatred that was latent within us, which had been internalised, not allowed to erupt, and when it did erupt, it revealed callous fury which we could not suppress, and which diminished us.

We learned to normalise the idea of revenge. We had done that with other outrages in the past, but 2002 made retribution acceptable. We found that it was all right to provoke others by shouting slogans. We saw that such provocation could lead to retaliation that can be violent. We recognised the rage within us when people were burned in a train, because some of us felt those burned were our people, and those who may have set the train on fire were their people. This idea of us and them got solidified among us.

We were torn between justice and reprisal – justice would happen, but it tended to take time. Revenge was quicker and gave many of us vicarious thrill, sadistic joy. We determined that we may not have full facts but truth was on our side, and so we could act. We began to accept rumours as fact and trusted the spoken word over the printed word, and the printed words discarded any sign of restraint and added kerosene to the leaping flames.

We attacked businesses and property belonging to the other community, because the unrest and violence provided an opportunity to do so. We realised that leaders liked to stoke the fires, by not condemning violence outright, by not providing succour to the innocent who were maimed, raped, or whose homes were looted and destroyed, by not restoring order, by claiming that the administration was still new in a state with long experience in dealing with communal violence, where the bureaucrats would know the standard operating procedures to follow to calm the storm. We saw politicians exploiting a tragedy to rouse emotions.

We did not wish to distinguish between the perpetrator and the bystander, we believed the victims deserved what they got because they acted in a provocative manner. We wanted them to be taught a lesson. We assigned class guilt on a group when a those responsible for an atrocity were few and individuals, not the collective. We decided to overlook the failures of those whose job it was to protect.

We accepted that sometimes, eggs have to be broken to make an omelette, even in a city where many preferred to eat omelettes surreptitiously. We also learned that it may not be possible to unscramble an egg, so we began dividing the city in to our half and theirs. We created walled gardens, lived enclosed, avoiding interacting with the other.

We also believed that it was OK to say things that were offensive. Our tongues lost any sense of control. We cheered when leaders would say things that might be deeply offensive. We saw the limitations of courts of law in providing justice. We saw how realpolitik could override law, principles, processes, morality, and a sense of fairness.

We learned to forget. We wanted the victims to forgive even though the perpetrators had not expressed any remorse. We wanted to move on, we even urged the victims to move on, even as they surveyed the debris; we would not feel what they felt. We garlanded portraits of Gandhi while our schools ran elocution competition on the topic why Gandhi’s assassin should be seen as an idol – this, in a city 80 km from the waterfront where Gandhi bent low to pick up some salt, defying an unjust tax, and sank an empire.

That we is among all of us – you, me, others we know, the majority, the ones with power, the ones that dominate the society but believe we are persecuted. February 27, 2002, and what followed luridly revealed our collective failure. And we were incapable of seeing it as failure. We became smaller, but we believed we had become bigger. We now live with its consequences without being aware how much we have changed, or what we have become.

Perhaps that veneer was wrong – we were always violent. It took a Gandhi to calm us and to shame us into putting away our weapons and change our vocabulary, ridding our speech of hate. But seven decades have passed since he was killed. We don’t seem to need him anymore.

We have learned that it is time to move on.

Salil Tripathi, a member of PEN International’s board, was chair of its writers in prison committee (2015-2021). He is a writer based in New York.