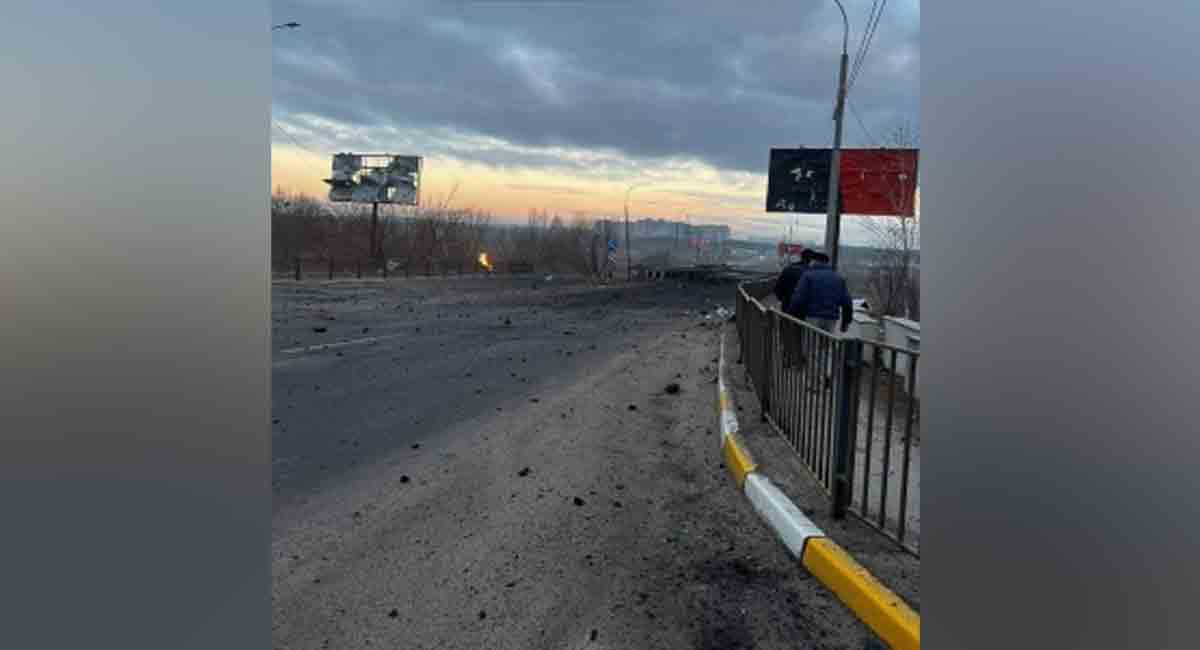 New Delhi: Ukraine’s Ministry of Defence is asking people to remove the names of streets, cities and villages from the road signs in their regions, Sky News reported.

They say this is to “confuse and disorient the enemy”.

“In order to confuse and disorient the enemy who is illegally moving to Ukraine, we call: – to remove plaques with numbers and names of streets/cities/villages in their regions,” the Ministry of Defence wrote on Twitter.

“We will do everything possible to clear Ukraine of the Russian occupier as soon as possible!”

Russia has begun redeploying reserve units in the areas bordering Ukraine and continues to carry out airstrikes on airfields, military depots, and civilians.