Member Rameshan 9am Ward: a script that fails to inspire 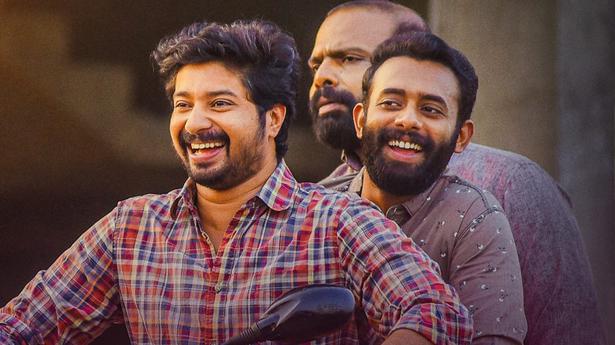 Politics has never been present even in the remotest corners of Rameshan’s mind, despite his father being an active party worker. Like a majority of youngsters of his age, he divides his time between his day job as a painter, the occasional cricket matches and trips with his friends, and spending time with his girlfriend who stays in the neighbourhood. Yet, he finds himself thrust right into the middle of local politics, when the UKF party nominates him to contest as a ward member.

Member Rameshan 9am Ward, the debut directorial of Aby Treesa Paul and Anto Jose Periera, does have the usual elements of the political satires in Malayalam cinema. But, here they do something more. Instead of harping on how all politics is dirty, they focus their attention on the low monthly honorariums that are paid to the panchayat ward members, despite the fact that they are expected to be on the ground round-the-clock, responding to various issues raised by the public.

For someone like Rameshan (Arjun Ashokan), who yearns to make a difference to the people, yet also wants to earn the bare minimum to take care of the basic needs of his family, this is a tough ask, especially because he earns less than when he used to be a painter. The low pay, in a way, leads to at least a few of them falling for the lure of corruption. Rameshan is being chosen by party leader Ajithan (Sabumon) as a stand-in to protect his turf and indirectly retain control, as he contests in the district panchayat.

The election also leads to the fraying of Rameshan’s relationship with his friend and workmate Thomas (Chemban Vinod Jose), who contests for the opposing LKF. Despite having all these interesting elements, the script fails to capitalise on these, hardly ever managing to keep the audience hooked to the narrative. Some drama is sought to be built around his attempt to buy a plot of land along with his girlfriend Annamma (Gayathri Ashok), and around the complications that arise due to its existing owner, but the constant shifts to this thread act only as a distraction from the core story, without adding much to it.

The script has just the bare minimum of stuff to ensure that the audience does not completely lose their interest, but that is just enough to take the film close to the average mark. With a less discussed, but important, issue as the basic material, they could have achieved much more.