Jagga Reddy to stay in Congress until Sonia or Rahul responds 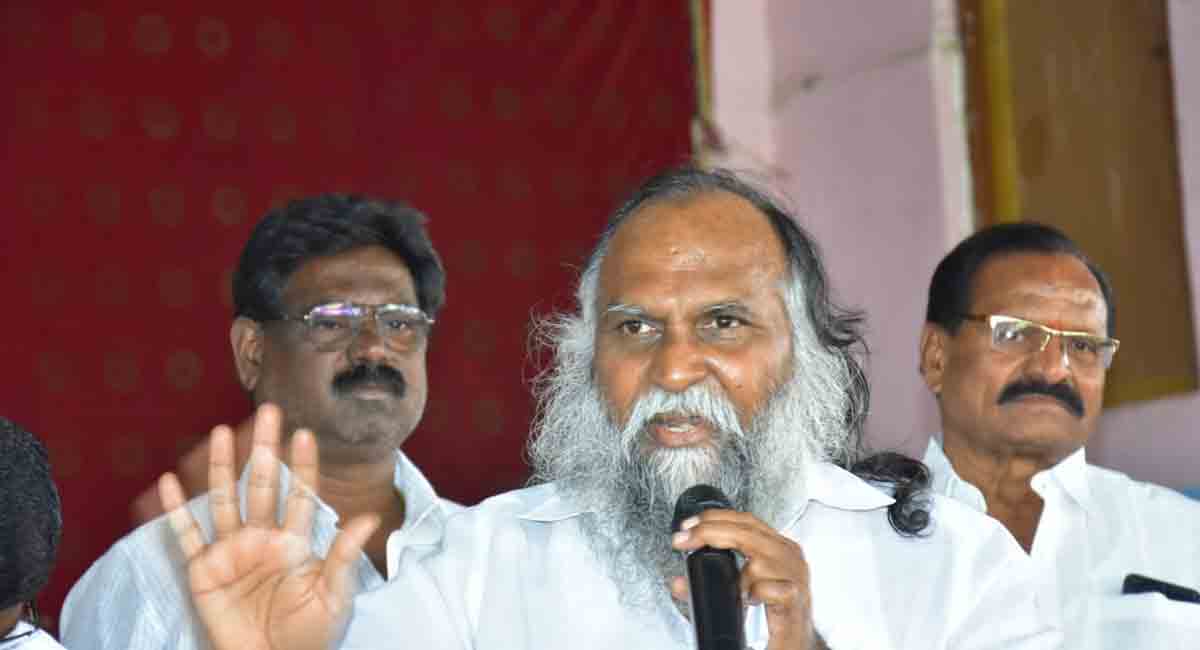 Sanagreddy: Congress MLA from Sangareddy and party working president T Jagga Reddy has said that he will not resign from the party until he gets a chance to meet Sonia Gandhi and Rahul Gandhi. Accusing some Party leaders of resorting to false propaganda, the Sangareddy MLA said that some party leaders were spreading misinformation about him joining the TRS or BJP. However, he said that he will not join either of them though none can stop him from joining the ruling TRS Party.

Talking to the party cadre at a private function hall at Malkapur on Friday, the lone Congress MLA from the erstwhile Medak district said that he will hold a massive meeting by gathering one lakh Congress cadre at Ambedkar Stadium on March 21 under the leadership of Sonia Gandhi and Rahul Gandhi. He said that he will announce his future course of action during the meeting. However, the party cadre pleaded with him to stay with Congress Party when he sought their response on his political career.

Speaking about the internal bickerings in Congress Party, the Sangareddy MLA said that the Congress party will certainly lose due to some leaders behavior in the State leadership.

Reiterating that the party will certainly suffer from the ongoing issues, Reddy asked them to believe in his words. Seeking the response of Sonia Gandhi on the interal bickerings in TPCC, the party working president said that he will resign from the Congress and stay as an independent, if the party leadership failed to respond to his appeal. Stating that he will not make his followers and other leaders scapegoats, Reddy said that he is not expecting all of them to stay with him throughout the entire episode.

As the Sanagreddy Constituency Congress wing has enrolled very less membership during the ongoing party membership drive, the Sangareddy MLA said that he is now aiming to enroll 75,000 as members until March 10. Asking his followers to complete the task by putting all out efforts in, Reddy said that he will feel humiliated if they failed to cross the set target. He further informed them that his future course of action will also depend on the number of memberships they enroll.