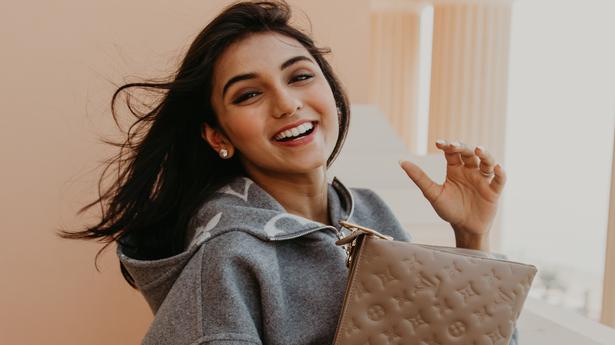 The influencer is dead. At 29, and just over a decade into her career that began with a fashion blog in 2011, nobody knows it better than Masoom Minawala. Dividing her time between Mumbai and Antwerp, vignettes of Minawala’s charmed life have attracted a followership of over 1.2 million on Instagram, her online presence now managed by a team of 15 full-time employees that handle everything from the content creator’s wardrobe to business development, collaborations to captions.

Behind the scenes, there is a brain that has been just one crucial step ahead of the next big thing. This week, as her #MasoomTakesFashionWeek unfolds on Instagram, she is bringing an experience (at Milan Fashion Week) — one that took me years to achieve through my work as a fashion journalist — to people who will never have to work a fraction as hard as I. In essence, Minawala’s work is translating her access into an open invitation for her followers.

A couple of years ago, an idea of democratising fashion was floated simultaneously by many leading brands. Back then, in real terms, it meant making more accessible lines available to a larger and more diverse consumer base. Designers and brands did that to some degree of success. But on the internet, it was creators like Masoom that brought about a far greater leap. “I see myself as an entrepreneur. I’m a businessperson, I run a start-up, and I have a team. And my product is content,” she tells The Hindu Weekend.

To bring her content to the people who follow her, Minawala relies on vast repositories of data. “My analytics tells me what people are engaging with, so it shows me what they want,” she says. But on the flip side, she adds that “it also shows me that people actually don’t know what they want. So it has taken me a long time to figure out what my own relevance is…” This is a larger question in itself. Why do we need content creators when we all can access almost the exact same information?

For her, the answer — one of many — lies in becoming a link between India and the global fashion industry. “This is the point of my virtual series: to take people with me to fashion week,” says Minawal, who will be taking her viewers to shows, events, and backstage, while also organising contests and giveaways. “The reality is that a majority of my followers may never make it here, and many may simply not even want to. So, the content I make is for them.” Besides, it is good to finally see Indians representing the country on front rows routinely populated by mostly European, Eastern Asian, and Chinese creators. 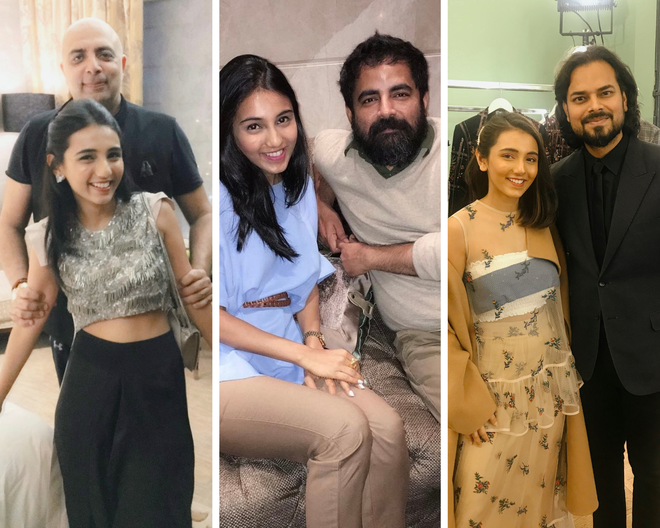 India in the lead

Minawala feels that the content creator universe in India is far less populated than it should be. “A big brand doing a multi-collaboration campaign in the West is an investment of close to half a million Euro,” she shares. “Whereas in India, a fashion label can work with a combination of micro, mid-level, and bigger names to reach different demographics.” Because of the number of creators available for collaboration, paid partnerships can begin with as little as ₹10,000 and go up to a couple of lakhs of rupees per Instagram post or reel. (While Minawala didn’t want to comment, she resides in the upper echelons of Indian content creators in the fashion space and, according to industry sources, can charge upwards of ₹3-₹5 lakh per post. This could make her the biggest name in the field.)

“What is the point of saying I’ll charge lakhs of rupees because I’m cool enough to do so or because I have so many followers? I genuinely feel that the follower game has always been irrelevant.” According to Minawala, it is more about the quality and consistency of the content being put out. While such content is produced in collaboration with a label or a company, most of the work of building trust with her community happens in the other 23 hours of the day — in which she engages with them through un-branded content. “That plays a pivotal role in the whole ecosystem.”

“This is a great strength, and there is no other country in the world that has this, apart from China,” she says. Apparently, it is only in these two countries that Instagram assigns specific points of contact — personal relationship managers of sorts — to creators who reach a certain quantum of followers in an effort to support them and supply them with information and analytics on what’s trending. A helpful gesture and, at the very least, a smart, shrewd investment, too.

So where do she and her peers, established and budding, stand in this giant web of creators who put out everything from style tips to must-have accessories, haute couture to bargain buys? “In the business of content, when a collaboration with a big brand comes through, it is based on building trust. No brand will invest in taking anyone to a Cannes Film Festival if they feel that the person will be inconsistent with their content or will drop out the next year. And this takes years to accomplish,” she says. “I’m here to be that conduit.” And she has worked at it. In 2019, she walked the red carpet at Cannes for L’Oreal for the first time, and again last year — where she was criticised for her height. “But I’m not promoting myself as a celebrity [the red carpet has seen stars such as Sonam Kapoor Ahuja and Priyanka Chopra Jonas previously],” says the petite content creator. “I’m not here for the way I look.”

As you read this, she is attending shows and events hosted by brands like Louis Vuitton, Christian Louboutin, Dior, Fendi, Salvatore Ferragamo, Bulgari, and more. And instead of hustling for tickets like her first time at Paris Fashion Week five years ago, she now reaches out to the brands’ PR and marketing teams to organise invites and get her fashion week itinerary ready before she travels.

When connection is king

Minawala hopes more Indian creators emerge. “Depending on their categories, if an Indian content creator is doing between 10 to 30 paid campaigns in their space, their European counterpart is doing just two to three,” she says. “Here, the volume is much higher. And that is why we have to get the narrative right. If Indian creators are able to capture the market now, we are sitting on a goldmine.”

How many startups have you invested in? I’ve currently invested in five and I’m exploring more

Average number of outfit changes in a day? It can range from three to six, depending on the number of events or shoots I have

Number of global brands you have collaborated with? About 75+

Number of posts, reels, and stories per day? I usually stick to one to two posts a day, which could be static, reels or a couple of stories.

Which Indian designers are you wearing to fashion week? I’ve discovered a lot of smaller labels that I’m wearing this time. I’m also wearing Vaishali S, Reik, Chisel by MR, Rudraksh Dwivedi and a few more.

Bags, shoes, and other accessories you’re packing for fashion week? This time, I’ve carried about eight bags and 10 pairs of shoes.

The volume of work, and the number of brands and designers wanting to collaborate with creators like Minawala, Amrita Thakur, Kayaan Contractor, and others must push the boundaries of their creativity, I ask. “As an investor, I’m very aware of what the CPC [cost per click] is, and the average CPC that a fashion, beauty, or lifestyle brand is getting from various marketing avenues [which is what we are]. Can I now utilise that and make creating content a viable business?”

What’s more pivotal, though, is how she defines the role of content creators today. People who are in positions of great power as human connectors between producers and consumers, trusted both by brands and consumers. “Nobody’s relevance is guaranteed,” she says with a knowing finality. She cites the example of the global (and controversial) multi-influencer campaign that featured the Dior saddle bag in 2018. “In the history of fashion, we haven’t seen the kind of comeback that Dior made, and they did so solely on the back of an influencer-led strategy.”

But is everything solely about selling? “From the big boardrooms at the Louis Vuitton headquarters to a regional entrepreneur starting her sari business in a small town in India, everyone is going to come to the same conclusion: that there is nothing that beats the human connection,” she says, sagely. “For better or for worse, we are the people at the crux of that connection.”