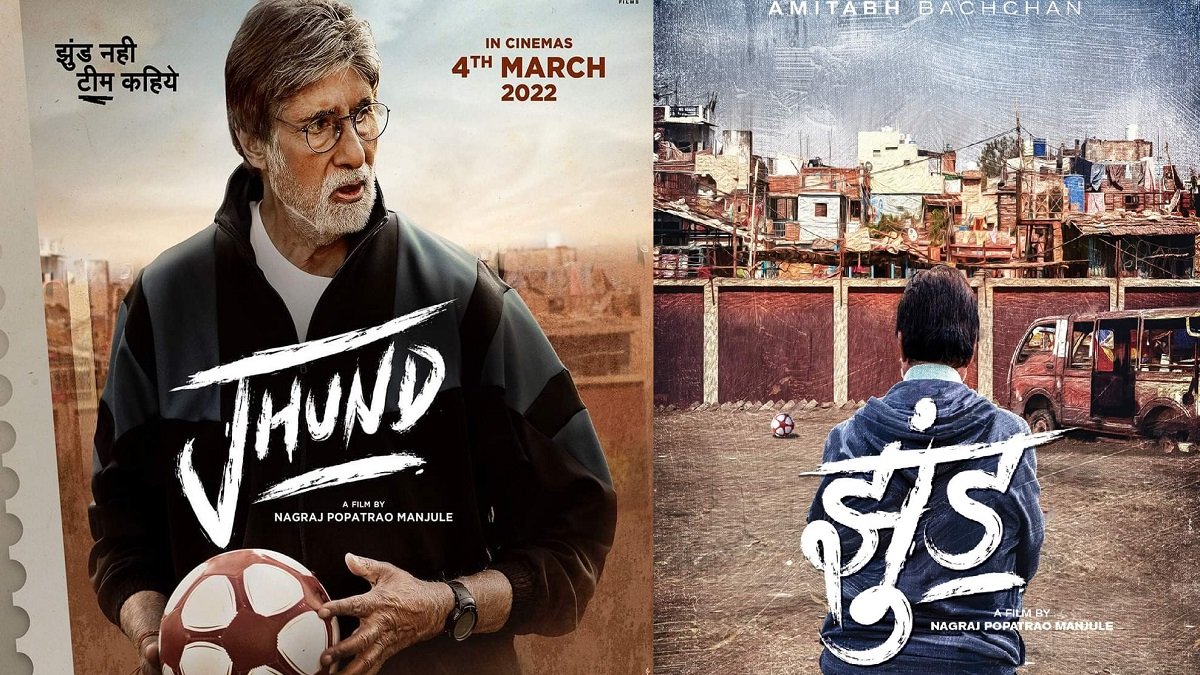 Nagraj Popatrao Manjule, who has mastered the skill of bringing genuine and unembellished stories to life, is back with a new film titled Jhund. Manjule’s début in the Hindi cinema industry is marked with this film. Jhund release date, cast, story, budget, director, trailer & latest details about the film have been given below.

The movie is directed by Nagraj Manju, who is a veteran Marathi director.

Based on the biography of Vijay Barse, a retired sports teacher who created the Slum Soccer NGO. He was able to rehabilitate street youngsters by keeping them away from drugs and crime by transforming them into soccer players and forming a team.

The movie is made on a low-budget. The production cost of the film is expected to be around ₹8-9 crores.

In the trailer, we see Big B attempting to gather the gully’s children in order to organise a football team, instil the value of sports, and inspire them to hope for a better tomorrow. This voyage, however, is fraught with class divisions, poverty, and hesitant authorities. Here’s Trailer-