Inspired by K-dramas, India enjoys a Hallyu of Korean cooking at home Enticing meals in K-dramas inspire Indians, from big cities as well as small towns, to attempt cooking ramen, pancakes and kimbap at home. The result? It has never been easier to get your hands on gochujang

Enticing meals in K-dramas inspire Indians, from big cities as well as small towns, to attempt cooking ramen, pancakes and kimbap at home. The result? It has never been easier to get your hands on gochujang

When hooked onto K-dramas, you invariably get familiar with kimchi, jajangmyeon (noodles with black bean sauce) and Korean barbeque. After spending a year binging on Crash Landing On You, Hospital Playlist, Itaewon Class and Oh My Ghost (to name a few) I began to yearn to taste the cuisine, a yearning which quickly spiralled into a need to learn how to cook kimbap and Korean pancake, jjapchae at home.

My hunt for Korean food began with kimchi ramen and led me to two things – restaurants serving authentic Korean cuisine and ingredients to rustle up Korean meals. You have probably, just like me, sat on your couch at midnight, enthralled by ramen-slurping scenes that trigger a hunger for kimchi that neither Swiggy nor Zomato cannot satisfy.

This explains the surge of orders for Korean ingredients like gochujang (the essential, alluringly sweet and spicy sauce; Daenjang (Korean soybean paste) and dried seaweed sheets over the past few years.

The Ministry of Commerce and Industry in India published online reports about an uptick in the consumption of K-noodles in India. The viewership of K-dramas and K-pop on Netflix reported a year over year (YoY) 370% jump in 2020 and the import of Korean noodles in India also witnessed a volume growth of 162% in 2020.

Discussing the spike in viewership as a result of the pandemic and associated lockdowns, Sanjay Ramjhi, founder of The K-wave India (one of the largest offline Korean culture groups in South India) says “When I started the fan club in 2016, 98% of K-drama watchers were women. Now 10% of K-drama fans are men, which a good jump.”

He adds that Korean food and ingredient sourcing is the most active discussion in the group. “Chennai has access to a lot of Korean food stores, as a large of number of Korean nationals work in the city. The interest in attempting to cook Korean food at home is also because almost all restaurants in Chennai have started including description of dishes explaining the ingredients on their menus,” he says.

Ramen on the move

Sneha Bohra of Ruchi International (food importers), who import Samyang Ramen and sauces, gives a quantitative comparison when asked if there is an increase in demand for ramen in India. She says, “Initially, we used to get a 20-feet container in two months. Now we get 10-11 containers, measuring 40-feet, every month.”

An employee at Korikart, an online marketplace started in 2018 by Seo Youngdoo in India for Korean products, says they witnessed a surge in sales between March and December 2020, especially in their pantry section. This demand has led Korikart to sign up with offline stores in Darjeeling, Delhi, Nagaland, Manipur, Chennai and Bengaluru.

Popular South Korean noodle brand Nong Shim reported a sale of US$1 million (noodles) in 2020 – a 130% growth from 2019. The company is now eying India as an important market, focussing on products that cater to Indian consumers. Along with Nong Shim, another popular Korean noodle brand, Samyang is currently targeting Tier-1 and 2 Indian cities, inspired by rising customer awareness. Sneha elaborates, “There is an increasing demand in cities like Bhubaneswar, Indore and almost all states of the Northeast and Gujarat.”

Demand for newer flavours have given birth to businesses like Home Grown Produce (HGP) and Masterchow.in. Rachna Rao, founder of Home Grown Produce, a Tamil Nadu-based food production unit, says they prepare the red chilli miso with gochugaru (Korean chilli) grown locally . She says her love for Asian flavours and the wish to make fresh sauces and dips made her start HGP. “The miso paste is perfect for kimchi. My online buyers use the paste on a lot of things and use it to make their kimchi.”

Masterchow was started by Vidur Katari and Siddhanth Madan in June 2020 in Delhi. Vidur says the demand is not just for ingredients to make Asian food with newer and more authentic flavours. Case in point, Korean food entices Indian palates because of our love for spice (hotness). Some of our best selling products that can be used to make Korean dishes are Kinky Korean (a spice sauce) and the black bean dip..” Masterchow also does video recipes every Monday on their social media page and saw good participation for Korean dishes like Korean tofu, cheesy ramen.

Rathi Jafer, director at the Inko Centre (set up in Chennai in 2006 to extend a sustained intercultural dialogue, between India and South Korea) says she has noticed a slow but steady rise in interest in Korean food. “K-drama fans, who haven’t travelled to South Korea, parallelly track YouTube to understand various aspects of Korean food,” she says, adding, “During the lockdown we ran a virtual workshop on Korean cooking for Indian homes, along with Korea Tourism Organisation. Most of the queries and requests that came from participants were about the food they commonly see in dramas. Dishes like soups, japchae, kimchi, bibimbap...” 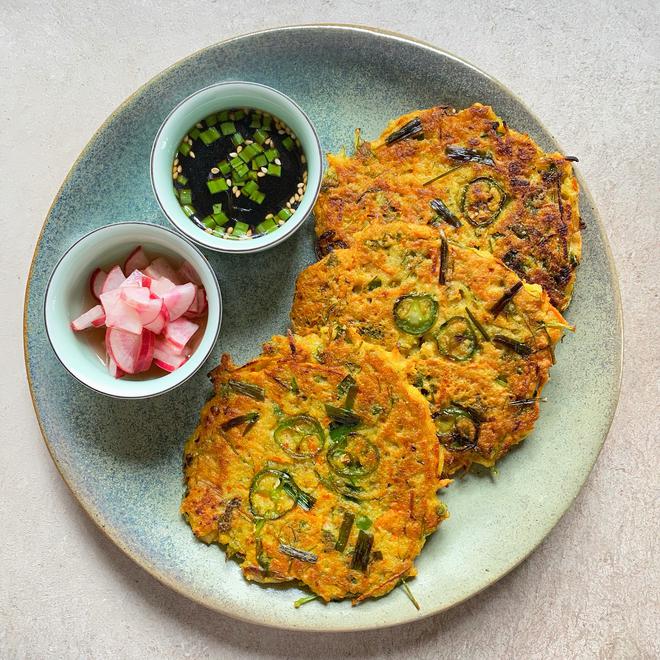 Mumbai-based plant-based chef Keertida Phadke’s love for Korean food began much before the global Hallyu craze. Keertida says, “The connection was instant because of the fiery kick. I grew up in Japan, so when I first tasted Korean food, I knew I had to learn how to make it. Now I make my own Kimchi, stew and pancakes. I rely on Amazon for the ingredients, but I always have a stock of g ochujang in my freezer, procured whenever I or anyone I know is travelling abroad.” 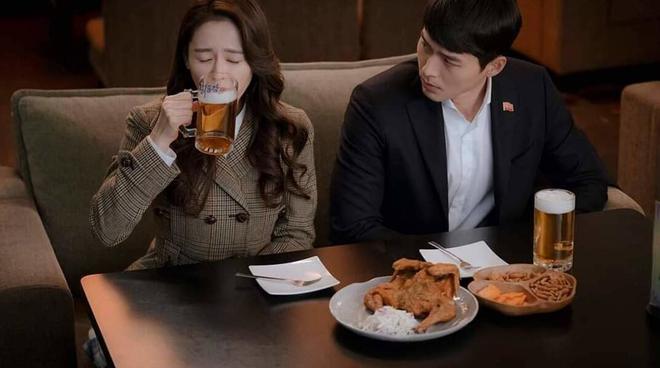 A still from ‘Crash Landing on You’
| Photo Credit: Netflix

Chennai-based Sindhoo Dhana, an analyst with IBM who started cooking Korean during the lockdown says, “ Gochujang, fish sauce, rice sauce, sea weed, these are newer items on my shopping list. I follow recipes shared on Instagram by my friends or anyone. I love making bibimbap and jjampong. The recipes are quite simple and is easy to make once the ingredients are in hand.” Anantapur district in Andhra Pradesh has over a dozen Korean cuisine restaurants, owing to the flow of Koreans, thanks to the presence of KIA Motors India’s manufacturing plant at Penukonda in Anantapur. Employed in an MNC in Hyderabad, Pallab Dey shops online for most of the common ingredients, but he doesn’t mind dashing off nearly 450 kilometres to Penukonda (in Anantapur district of neighbouring Andhra Pradesh) for premium products like Nori chips, potato pork dumplings or bibigo doenjang chigae. An added bonus: “At Penukonda, I shop for what I want,” he says, adding, “Then enjoy a meal at any of the four Korean restaurants there.”