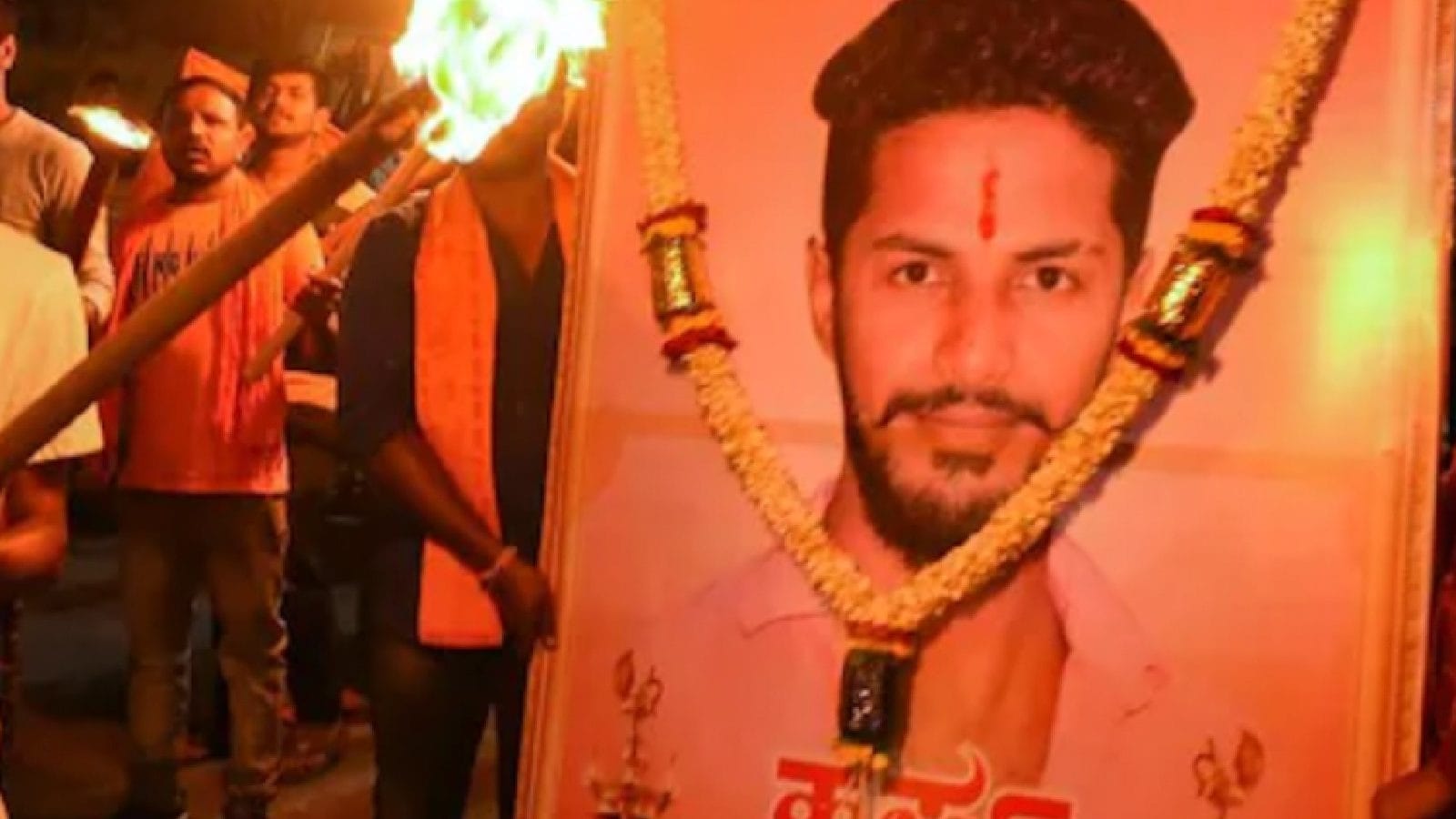 With each passing day, the grisly day-light murder of a 27-year-old Hindu man, Kishan Bharwad, from Dhandhuka near Ahmedabad in Gujarat, reveals the ghastly face of Islamist fundamentalism. The Gujarat Minister of State for Home, Harsh Sanghvi, and the Gujarat police team took swift action, and the young minister’s speedy referral of the matter to the Gujarat Anti-Terrorist Squad was commendable. A similar case is being seen in Karnataka, where a Hindu activist named Harsha has been murdered by fanatics. As the events of the day unfold, the brutal face of Islamism emerges, recalling the assassination of the late Kamlesh Tiwari of Uttar Pradesh, a similar case of alleged “blasphemy.”

Blasphemy and its consequences are punishable by death in the Islamic world, and any Muslim can carry them out. This is the ideology propounded by Muslim scholars and Maulvis in their sermons in madrasas and religious gatherings around the country and around the world, especially Friday prayers. Poor Muslim lads are deployed as foot soldiers to carry out the killings, which are carried out by a sophisticated module.

The court will sentence those who killed Kamlesh Tiwari and Kishan Bharwad to life in jail, but what about the preachers? What about the preaching? The driving forces behind these assassinations are the proponents of these doctrines, who indoctrinate the murderers. Adding to this hatred is the Islamic literature and its religious books, which spew venom against non-Muslims (the infidels) in society. The mullahs are forcing Muslims to live in a barbarous Arabic society of medieval times, and they seek to impose it on others as well. The main source of this heinous anti-human mindset all over the world is detrimental religious teaching. It doesn’t matter if you’re in France, the US, the UK, Canada, or anywhere in the world; the preaching is the same. Every year, a large number of people who speak out against Islamist fundamentalism get killed.

Isn’t it sedition if Pakistan is involved in the Kishan Bharwad assassination? Surely, killing a fellow citizen in connivance with an enemy country is clear treason. The Delhi-based maulvi Qamar Gani Usmani administers the Tahreek Faroge-e-Islam, an organisation dedicated to persuading Muslim youth to murder anybody who critques Islam or Muhammad. On YouTube, there are dozens of videos of Usmani exhorting Muslim youth to commit blasphemy killings. In the course of the inquiry, it was discovered that his organisation has ties to Pakistan and that he has received payments from Pakistan. Usmani and the other complicit maulana, Ayyub Jabarwala of Jamalpur, Ahmedabad, are being questioned by the National Investigation Agency (NIA). More skeletons are anticipated to emerge from their closets in the coming days. The diversity of these senior clerics may have startled some, but those who understand Islam’s basic philosophy are well aware of this tactic; each year, dozens of Muslims are slain for this very reason. The goal of these assassinations is to terrorise non-Muslims who dare to criticise Islam or Muhammad, as well as to intimidate apostates. The motivation for the killer is 72 hoors (angels) and Jannat (heaven) after death if he dies as a Mujahid (soldier of Islam).

Imagine a person who is taken to an Islamic school when he is 3–4 years old and spends 15–18 years studying about killing Kafirs, torturing women, and living with the express purpose of converting non-Muslims until the last man converts to Islam! It is the Islamist fundamentalists who are instilling this hatred towards non-Muslims in Muslims.

In Middle Eastern Islamic nations, Islam is a one-way street; no one can leave Islam in an Islamic country without facing the death sentence. However, many individuals are abandoning this religion in secular or democratic nations, which is a matter for another discussion. There is a tsunami of ex-Muslims in the United States and other Western countries who have teamed up in the mission of educating the world about the actualities of Islam. In India, several prominent figures have adopted Hinduism in the last few months in order to abandon Islam. Dr. Waseem Rizvi, the former chairman of the Uttar Pradesh Shia Waqf Board, and Malayalam director Ali Akbar converted to Hinduism in the last two months. Many YouTubers, men and women, openly declare themselves ex-Muslims and encourage other Muslims to do the same.

1) It is time for Muslim communities to stop sending their children to madrasas and instead focus on teaching their children scientific knowledge. Another thing Muslim fundamentalists must dump their radicalism must change is their attitude toward the country instead of pursuing transnational identities. They must follow the constitution not only to receive government benefits but also to demonstrate patriotism and contribute in a positive way to society.

2) India, in general, and Hindus in particular, have always been peace-loving and tolerant inhabitants, and this country has historically been a safe haven for many Iranian exiles fleeing Islamic crimes. With the way Islamists are radicalising their next generation at madrassas, a day may come when the indigenous people will be left displaced at the hands of radical groups. It’s time to fight this menace before it annihilates the culture that propagates “Vasudhaiv Kutumbkam” and “Sarve Bhavantu Sukhinah”. The government should take over the madrasas and transform them into contemporary schools; it is the Muslim kids who are being damaged by these madrasas.

3) Muslims should put pressure on their clergy, such as Maulana Madni, to refrain from preaching about blasphemy in madrasas. On the one hand, Madni constantly refers to the constitution when it comes to rights for Muslims, but when it comes to duties, he and every member of the clergy refer to Shariah. This must end! Muslim invaders and tyrants have historically persecuted Hindus, and history substantiates this assertion. And yet, it is claimed that they have been deprived and suppressed? The Indian political system has aided radical Islam to the greatest extent possible; democracy is a favourite ecosystem for Islamism to grow.

The Hindu population has always been marginalised, and Muslims have always been preferred. Indian politics is in flux, and Hindus have begun to retaliate. The outrage in Gujarat over Kishan Bharwad’s assassination is palpable. It’s past time for the Muslim community to step up and remove the heinous content from their religious or holy texts, as well as cease sending their children to madrassas propagating radical Islamism.

Gopal Goswami is a Social Thinker and Research Scholar at NIT Surat. He writes on National Policies, Dharma, Infrastructure & Political Islam. The views expressed in this article are those of the author and do not represent the stand of this publication.