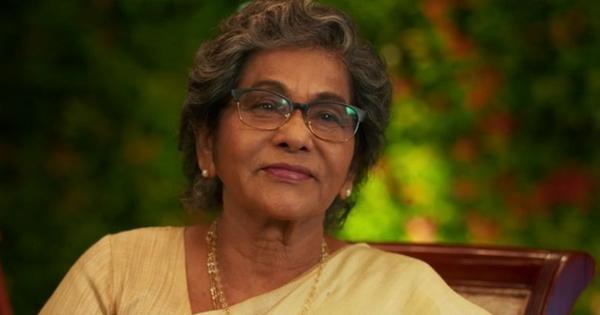 KPAC Lalitha, the Malayalam actor whose brilliance illuminated theatre, cinema and television, died today in Kochi three days before her 74th birthday. She had been battling liver failure and a host of other health problems for the past few months.

Malayalam news outlets reported that Lalitha died at the home of her son, the actor and director Sidharth. Lalitha is also survived by her daughter Sreekutty. Lalitha’s husband Bharathan, one of the most well-known directors of the Malayalam new wave cinema that began in the 1980s, died in 1998.

KPAC Lalitha was born Maheshwari Amma on February 25, 1948. She honed her ability for naturalistic performances and talent for providing psychological depth to her characters through theatre. She carried forward the legacy of her work with the Leftist drama group Kerala People’s Arts Club in her screen name.

Her future husband Bharathan had made his debut in Prayanam in 1975. In 1978, Lalitha appeared in Bharathan’s Rathinirvedam, controversial in its time for its frank depiction of a teenaged boy’s sexual awakening.

A highly prolific actor throughout her career, Lalitha even appeared in reality shows on television in later years. In Adoor Gopalakrishnan’s Mathilukal (1990), Lalitha lent her voice to the female character who is never seen in the movie but is only heard through a voiceover.

Lalitha won a host of honours over her lifetime, including National Film Awards for her roles in Amaram in 1991 and Jayaraj’s Shantham in 2001. Among her most recent films were Adoor Gopalakrishnan’s Pinneyum (2016), Kamal’s Aami (2018), Sathyan Anthikad’s Njan Prakashan (2018), Martin Prakkat’s Charlie (2015) and Rojin Thomas’s Home (2021).