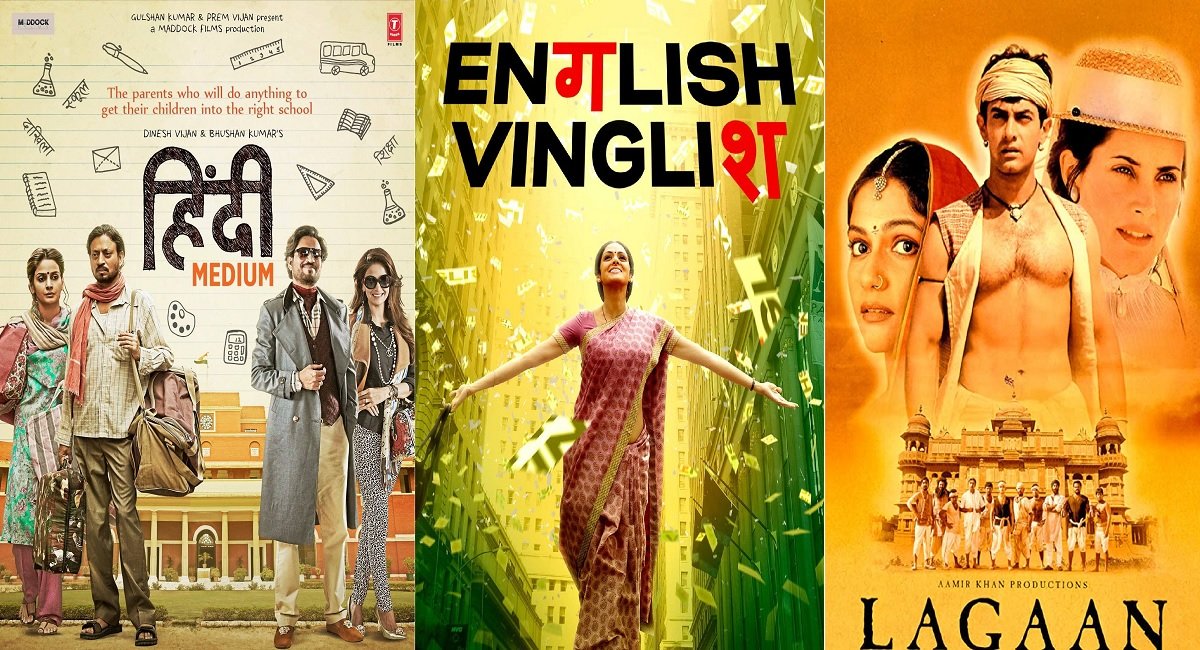 Bollywood movies based on Hindi Diwas 2021 include some of the most famous Indian hit films of all time. Without wasting any time, let’s take a look at a list of Hindi Movies about Hindi Diwas that you shouldn’t miss out on.

The story of the movie revolves around a couple from Chandni Chowk who aspire to give their daughter the best education so they can be a part of and accepted by the elites of Delhi. The movie was called by many a “masterpiece” and the movie explores the inferioty complex faced by many Indians with respect to Hindi against English language.

The 1975 comedy film ‘Chupke Chupke’ revolves around the Hindi language. The story of the movie revolves around a  newly wedded husband, who plays a practical joke on his wife’s family with full support from his wife and friends. The movie is directed by Hrishikesh Mukherjee.

The movie is centered around a women Shashi, who opts for a English-speaking course to stop her husband and daughter mocking her lack of English speaking skills and gains self-respect in the process. The movie showed the importance of our own mother tongue with respect to any foriegn language.

Amol Palekar’s film ‘Golmaal’, which came in the year 1979, can hardly be taken out of one’s mind. The importance of Hindi has been explained in a very interesting way in this film.This film has inspired other films like Bol Bachchan (Hindi) and Masala (Telugu), both released in 2012 and 2013 respectively.

Where to Watch: Netflix

Lagaan is based on the story of the people of a small village in Colonized India who stake their future on a game of cricket against their oppressive British regime. Although a sports film, the movie tells us how Hindi played a major role in bringing people of different faiths together during the colonial period.