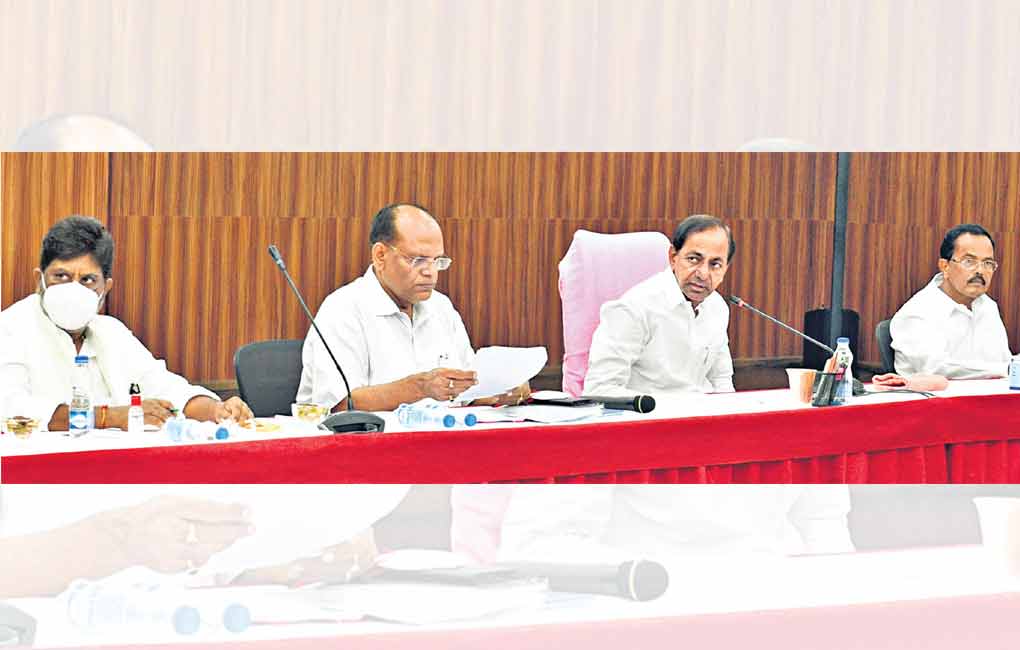 Hyderabad: Chief Minister K Chandrashekhar Rao on Monday discussed with officials the modalities and guidelines required to be followed for the selection of beneficiaries and implementation of the ambitious Telangana Dalit Bandhu scheme across the State.

While the selection of beneficiaries and implementation of the scheme in a stringent manner was crucial in the first phase, the second phase of the scheme marks efficient monitoring, the Chief Minister observed.

Chandrashekhar Rao directed Chief Secretary Somesh Kumar to hold a joint meeting with the SC Welfare and Animal Husbandry Departments as well as government cooperative dairies considering the huge response from the Dalit Bandhu beneficiaries for setting up dairy units. He instructed the officials to prepare an action plan to encourage setting up of dairy units under Dalit Bandhu as well as the government cooperative dairies for procurement of milk from the beneficiaries.

The Chief Minister also elicited opinions from the legislators and other elected representatives from the four selected mandals for effective implementation of the scheme. The speakers at the meeting opined that the government should take steps to lead the Dalit community towards economic sustainability through the Dalit Bandhu scheme. They expressed confidence that the scheme, a brainchild of the Chief Minister, would transform the Dalit community into a business community.

During the meeting, Karimnagar District Collector RV Karnan explained the field-level experiences of officials during the implementation of the pilot project of Dalit Bandhu in the Huzurabad constituency. He informed that the district administration had received positive response to the scheme at the field level. The officials who attended the meeting vowed to work for successful implementation of the schemes in line with the Chief Minister’s ideas.