Ayodhya: Will it be an issue in the 2022 Uttar Pradesh elections? 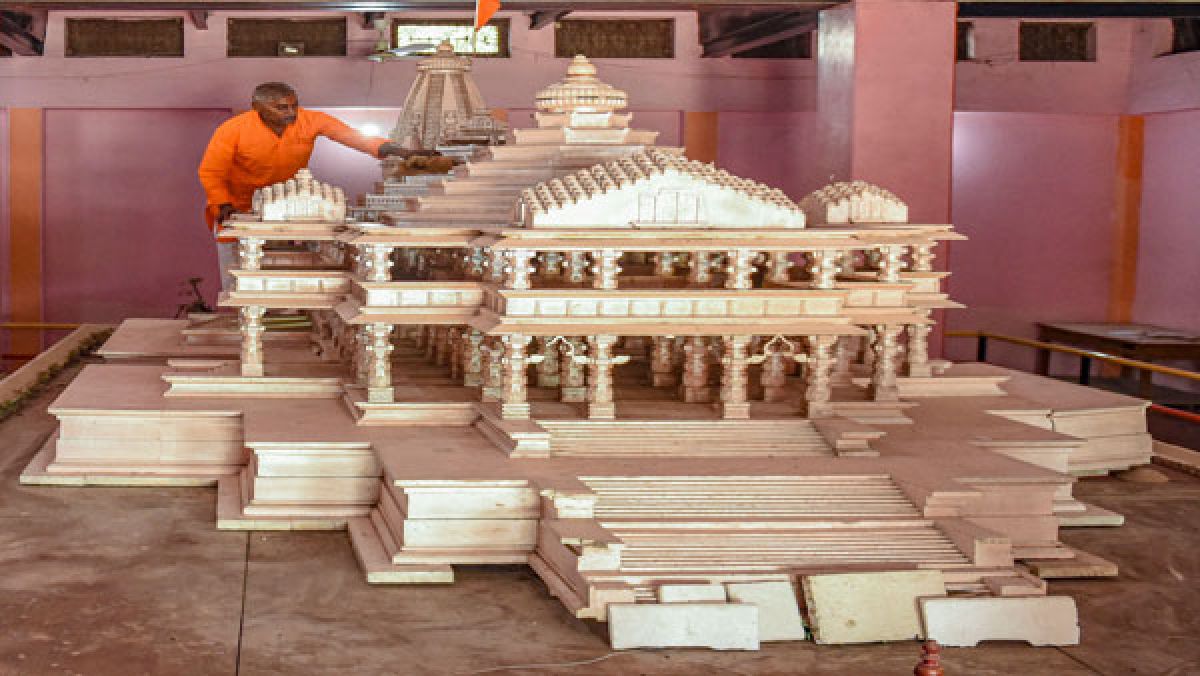 Lucknow, Sep 12: With the upcoming assembly polls being Uttar Pradesh’s first since the verdict in the Babri Masjid case, political parties have thrown hints the battle will pivot around the issue and have used Ayodhya as a launch pad of sorts for their campaign.

The Supreme Court”s November 6, 2019 verdict paving the way for the construction of the Ram temple at the disputed site has brought the Ayodhya issue back to the centrestage ahead of the crucial polls.

Political parties including the BJP, the SP the BSP have been using Ayodhya to launch their campaigns as momentum builds for the 2022 polls.

New entrants like the Asaduddin Owaisi-led AIMIM and smaller parties including the Jansatta Loktantrik Dal, led by Kunda MLA (independent) Raghuraj Pratap Singh alias Raja Bhaiya, are also using the city to being the campaigns.

The Ayodhya assembly constituency is currently represented by the BJP’s Ved Prakash Gupta.

With Prime Minister Narendra Modi himself performing the ”bhoomi pujan’ on August 5, 2020 for a grand temple, and Chief Minister Yogi Adityanath frequently visiting the holy town, the saffron party has been trying to keep the issue alive.

The BJP on September 5 began its ”Prabudh sammelan” (meeting of intellectuals) from Ayodhya, with its state chief Swatantra Dev Singh addressing a gathering there.

The UP BJP president made it a point to remind people how former prime minister Indira Gandhi in 1966 had ordered firing on saints who had gathered around Parliament, while the Samajwadi Party in 1990 ordered firing on the devotees of Lord Ram in Ayodhya.

“These bullets were fired on India”s culture and ideology of nationalism. The entire India reposes its faith in Lord Ram,” Singh had said.

Elaborating on the importance Ayodhya for the BJP, its state spokesperson Manish Shukla told PTI, “After adopting a resolution in 1989 to build a Ram temple in Ayodhya, the temple town has always been close to us. For us, Lord Rama and Ram temple have been a matter of faith. They will continue to remain important for us. We have never seen it from the electoral point of view.”

Mayawati’s Bahujan Samaj Party, hoping to repeat its 2007 success of by harnessing its ‘Dalits-Brahmins’ formula, began its ‘Brahmin Sammelan’ from Ayodhya on July 23.

The 2022 polls are the first in the state since the Supreme Court on November 9, 2019 ruled in favour of the construction of a Ram temple at the disputed site and directed the Centre to allot an alternative five-acre plot to the Sunni Waqf Board for building a new mosque.

The Babri mosque in Ayodhya was demolished on December 6, 1992 by ”karsevaks”, who claimed that an ancient Ram temple stood at the same site.

Attacking the BJP, Mishra asked the ruling party to give account of the donations collected by it in the name of the Ram temple in the past three decades.

Samajwadi Party leader Akhilesh Yadav, whose father Mulayam Singh Yadav is often criticised by his opponents for ordering police firing on the Karsewaks after razing of the 16th century Babri mosque, has been attacking the saffron party for “playing the Ayodhya card in every elections”.

“We are no less a devout Hindu. Netaji (Mulayam Singh Yadav) in fact has been a disciple of Lord Hanuman since his early days,” Akhilesh Yadav said recently at a TV programme hosted in Lucknow.

He has also said he would visit the temple with his family after its opens for public.

His party too used Ayodhya to launch its campaign with state unit chief Naresh Uttam participating in a function of the party — ”khet bachaao, rozgaar bachaao” — on September 3.

Asked as to how much importance does the party give to Ayodhya, SP spokesperson Juhie Singh said, “It is important for us, and it was a major halt of the yatra undertaken by party”s UP unit chief Naresh Uttam. In 2012, the SP had won Ayodhya Assembly constituency.

“When the SP was in power, the biggest package of development was given to Ayodhya, whether it was the 16-kosi parikrama, plantation of trees in accordance with the Ramayan, the setting up of a museum or the beautification of ghats and various pilgrimage sites.

“The Purvanchal Expressway was realligned was the SP”s regime, so that it covers Ayodhya,” she said.

AIMIM chief Asaduddin Owaisi began his party”s campaign with a public meeting at Rasulabad in Ayodhya on September 7. The venue was strategically chosen as it is near Dhannipur where a mosque is coming up as per the apex court judgement.

The Congress, however, did not seem to be endorsing political parties using Ayodhya as a launch venue for the campaigns.

“For the Congress, Ayodhya, Mathura, Kashi, Mahadeva and Deva Sharif (in Barabanki district) are the same. The party has already announced plans to take out a 12,000 km-long yatra through villages and towns of Uttar Pradesh ahead of the Assembly polls next year,” UP Congress spokesperson Abbas Haider said.

The decision to take out the “Congress Pratigya Yatra: Hum Vachan Nibhayenge” was taken at a meeting AICC general secretary Priyanka Gandhi Vadra held with the party”s advisory and strategy committee here, the party said in a statement.