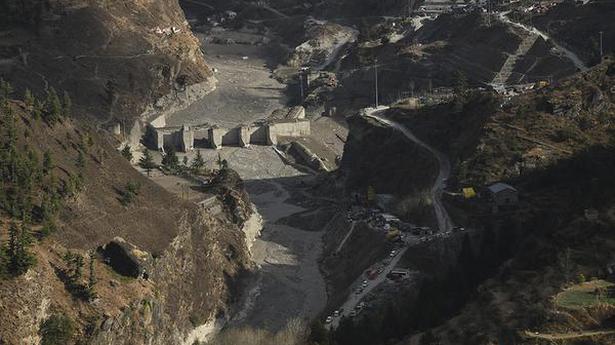 A group of environmentalists, historians, geologists and intellectuals have petitioned the Union Environment Ministry to recant its endorsement of seven hydroelectric power projects (HEP) in Uttarakhand.

Also read | When the mountains had a meltdown in Uttarakhand

In February, a devastating flood of rock, ice and debris gushed down the Rishiganga river in Uttarakhand and killed at least 200 and severely damaged two hydropower projects. This reignited a longstanding debate on the viability of as many as 49 hydroelectric projects in Uttarakhand. However, three Central Ministries — Power, Environment and Water Resources — who initially had divergent views on the future of hydroelectric power projects have agreed to a consensus, The Hindu reported on August 27.

According to an affidavit filed in the Supreme Court this month, seven — one of them being the 520 MW Tapovan project by the NTPC that was severely damaged this month — have been allowed to complete construction primarily on the grounds that they were over “50% complete”.

The Jal Shakti Ministry has been opposed to fresh hydropower projects on the grounds that they compromised the natural flow of the Ganga. However in 2019, they reached an agreement with the Environment and Power Ministries that some projects in an advance state of construction could continue but no more fresh projects would be allowed.

In their letter, the writers note that six out of the seven projects (except Tehri Stage II) recommended, lie in para-glacial zones, or in its buffer. An expert committee constituted by the Environment Ministry to review the role of hydroelectric projects in the aftermath of the Kedarnath floods of 2013, had highlighted the dangers of building dams in the para-glacial zone regions at an elevation of over 2200 metres from sea level).

The aftermath of the 2013 floods had clogged the Madhmaheshwar and Kaliganga rivers with sediment which were likely to get mobilised during extreme rains and cause downstream impacts on hydropower projects.

Also read | Projects above an elevation of 2,200 metres recipe for disaster, say experts

Phata-Byung and Tapovan-Vishungad “can in no way be considered as 50 per cent complete” as they had suffered extreme damage and were even now buried under debris. The environmental conditions basis which they were initially approved had entirely changed and these projects would require a fresh appraisal from the ground up, they write.

“Local reports suggest that Vishnugad-Pipalkoti construction too, is under 50% per cent. Tehri 2 HEP, if constructed, would immediately recycle the river water that emerges out of Tehri 1 dam without allowing for even a minimal stretch of flow in which the Ganga could revive herself. Studies by NEERI have found that Tehri 1 has already compromised the self-purifying property of Gangajal. Tehri 2 would only deteriorate it further,” they note.

Fresh designs and compensating for environmental damage would make these projects economically unviable “especially when compared to the cheap solar power available today.” and therefore, they add, “Given all these facts, reports and studies, it would be a profound error, indeed a self-defeating exercise, to implement any more HEPs in the Himalaya and on the Ganga, whether under construction, new or proposed.”