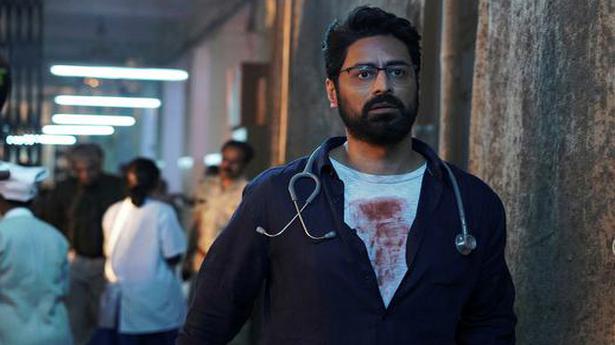 Filmmakers Nikkhil Advani and Nikhil Gonsalves deliver a compelling medical thriller, with the immaculate casting adding to the quality of writing

Chronicling real-life terror strikes in the tone of a thriller is a trend that has been in vogue for some time. Filmmakers Nikkhil Advani and Nikhil Gonsalves have come up with their version of the 26/11 Mumbai terror attacks — but unlike others — the show positions itself in a government hospital that is low on resources, but high on talent and human spirit.

The location lends itself to a more humane, a more rational and compassionate view of the crises that led to the death of 174 persons (including nine attackers), as well as a melodramatic, blood-soaked narrative of the mind-numbing night.

Made in the popular idiom, where you are expected to first get engaged and then get entertained by a real human tragedy, Advani and his cast and crew don’t disappoint and carefully navigate 60-odd hours of horror to stitch together an eight-episode series that is compelling for the most part.

The series starts as a medical thriller, but soon spreads to different locations that were hit by terrorists and, along the way, makes potent comments on our health infrastructure and role of the media in a national crisis. It loudly raises issues of medical ethics, and quietly makes a point on how government hospitals are still the last hope of the poor and the abandoned.

And, of course, there are bullet points like the social discrimination of a Muslim doctor, and a female doctor not being considered equal to her male counterpart, that are underlined with an ink-splattering marker.

Another interesting aspect is the way the writers have imbued the back stories of the protagonists to the narrative. It gives an insight into the inner demons they are grappling with and, upto a point, provides respite from the shower of bullets.

The immaculate casting adds to the quality of writing. The body language of the actors and proficient use of medical terms lend an air of authenticity to the proceedings. Mohit Raina is utterly persuasive as Dr Kaushik Oberoi, for whom saving human life is more important than judging its character. Oberoi is the rare breed of skillful professional who is guided by heart, and Raina makest the character believable.

Among the rest of the cast, Konkona Sen Sharma lends credible support as the social services director whose troubled past has not diminished her empathy for the disadvantaged. The way she moves her shoulder in between all the chaos gives us a sense of the tiring staff (No amount of make-up could have captured that). As the young residents, Mrunmayee Deshpande, Natasha Bharadwaj and Satyajeet Dubey ensure there are no botch-ups. But it is Tina Desai as Ananya Ghosh, the intrepid F&B manager of Palace Hotel, who steals the show with an effortless performance. Shreya Dhanwanthary is not bad either as the TRP-chasing journalist.

A still from the series

The action sequences choreographed by Mohammad Amin Khatib are raw and gritty, and together with editor Maahir Zaveri, ensures the last two episodes take our breath away. Art director Vijay Ghodke ensures that the setting of a run-down general hospital doesn’t look plastic. Though there is so much footage of the attacks in the public domain, cinematographer Kaushal Shah’s footage merges with the images in our memory.

However, the marriage between the craft and the cause is not consistently smooth. After a point, the series falls into a pattern where every shoot-out is followed by the back story of one of the characters. It means after every few minutes, at a corner of the screen, something is typed with the background sound of a jerky typewriter to tell you where you are. It irks. So does the way the nail paint of the journalist comes and goes during the attack.

There are also passages where it seems that the show is keen to press old wounds, so that blood oozes out to colour our opinion. The balance between the good Muslim-bad Muslim trope feels manufactured, and if you keep pressing the same buttons, even well-meaning comparisons lose their bite. Invoking the 1984 Sikh riots to say that no religion is bad, and that it is the people who use them for their motives are, has become repetitive. Writers have to find newer ways to put the point across.

Overall, Mumbai Diaries 26/11 reads like a diary of a person who knows how to smartly conceal his real emotions.