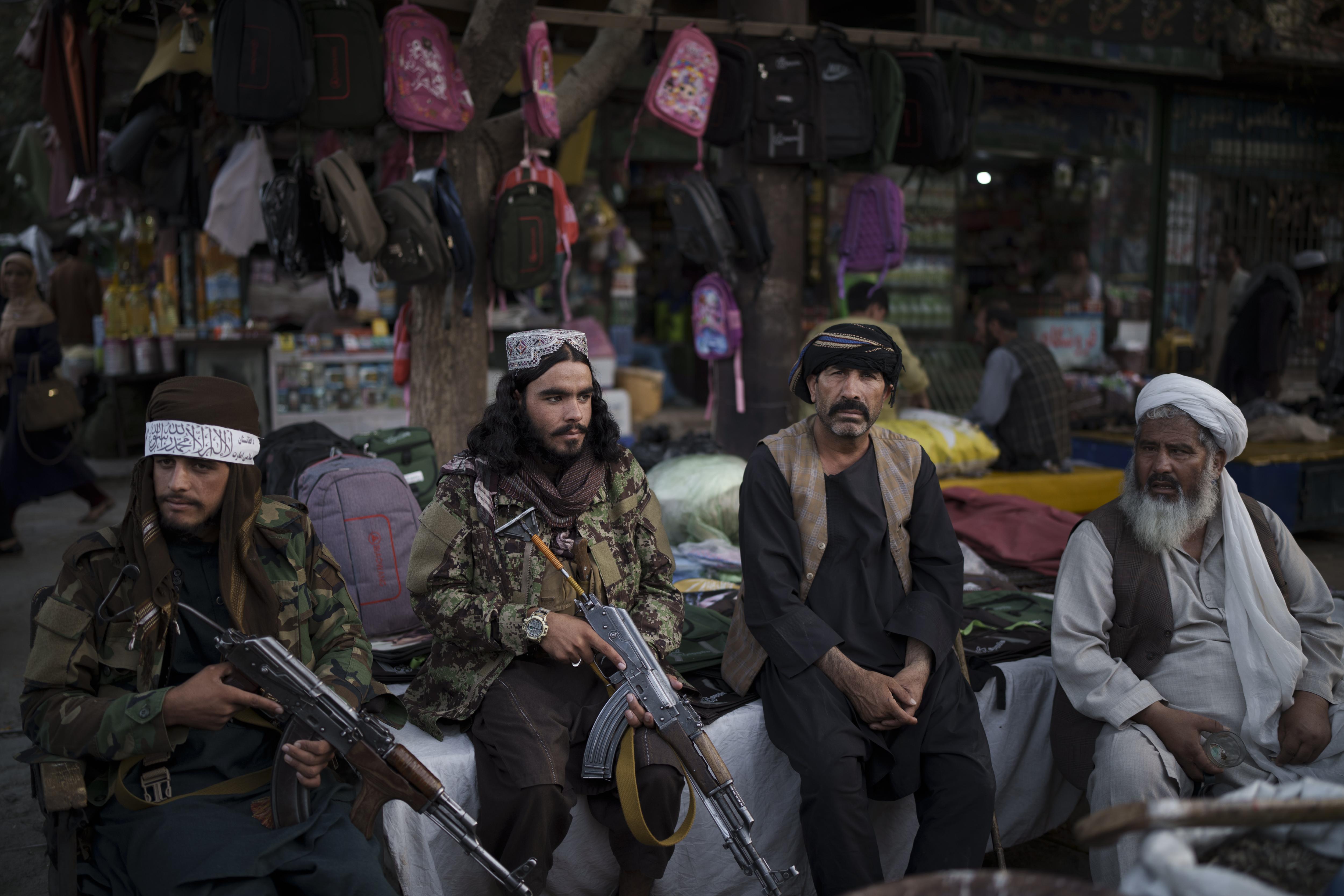 Maryam emerged after days of hiding to withdraw money from a bank in Kabul when she, along with dozens of other women standing in line, were suddenly surrounded by armed Taliban fighters.

“They told me and the women standing around me that they wanted to kill us all,” Maryam recalled.

In an exclusive interview with CBN News, Maryam, a Christian convert from Islam whose real identity is being concealed for her protection, told us she thought she was going to die.

“They called us infidels, that we weren’t Islamic enough and wanted to know why we had left our homes without our husbands,” she said.

The Taliban fired their weapons into the air to disperse the women.

“God really protected us,” she said. “The owner of the bank quickly opened the doors so we could rush in for safety.”

The frightening moment happened shortly after the Taliban announced their new government leaders. Among them, four radical Islamists who once served in Guantanamo Bay on terrorism-related charges.

“This is a cabinet that only Al Qaeda could love,” Bradley Bowman with the DC-based Foundation for Defense of Democracies told CBN News.

The new man tapped to run Afghanistan’s internal security, Sirajuddin Haqqani, is on the FBI’s Most Wanted list and comes from a family accused of killing Americans and Afghan civilians.

“The Haqqani network is one of the most formidable and murderous terrorist networks in the world,” Bowman said.

The FBI has a $10 million reward for information leading to Haqqani’s arrest.

“The FBI no longer needs to wonder about his location, he’s going to be helping the government from Kabul,” said Bowman.

Secretary of State Antony Blinken has warned that this new Taliban government will have to earn its legitimacy.

“We understand the Taliban has presented this as a caretaker cabinet,” said Blinken during a press conference in Doha, Qatar. “We will judge it and them by its actions.”

On the streets of Kabul and other big cities, protest and outrage against the new hard-line government.

“These are dark days in my country,” warned Tawfiq. “These are all dangerous people; these are terrorists who are blacklisted.”

Tawfiq, also a Christian convert from Islam, told CBN News in an exclusive interview from Kabul, that neither the United States nor any other foreign government should give the Taliban legitimacy.

“How can they?” Tawfiq asked. “The Taliban have crazy Islamic ideas and don’t believe in human rights.”

Its forces would regularly beat, stone, and hang women in public.

“The Ministry of Vice and Virtue has a horrific history and some of the worst atrocities under Taliban rule in the 90s can be traced back to that ministry and people associated with it,” Bowman said. “They are the ones that were responsible for putting women in soccer stadiums and stoning them to death.”

The Taliban has once again banned women’s sports claiming that it goes against Islam’s Sharia Law.

“Islam and the Islamic Emirate do not allow women to play cricket or play the kind of sports where they get exposed,” Ahmadullah Wasiq, deputy head of the Taliban’s Cultural Commission, said. “We will not ignore Islamic values even if it causes opposition, we will not leave our Islamic rules.”

Maryam says the encounter with the Taliban fighters at the bank really shook her up. She, along with 20 other Christians, are crammed in a house in Kabul, hiding from the regime’s fighters and pondering their uncertain future.

“I know that the Taliban are strict Islamic believers, but I’m asking Christians around the world to pray for the Taliban, that the Lord would touch their hearts and someday, they will know the real Kingdom of God and the real king of the world and that’s Jesus.”