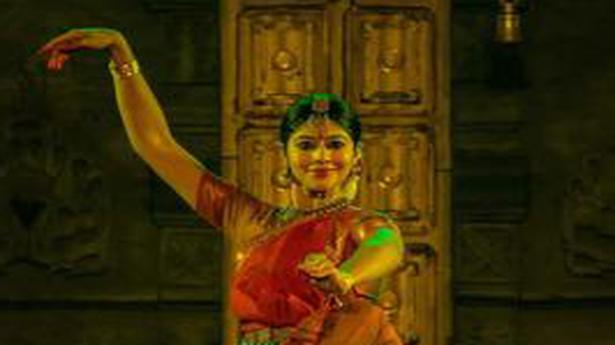 Indian classical dance depends largely for its inspiration on divine forms and philosophy, with its repertoire structured around these ideas. During the training phase, artistes might develop a deep affinity to this traditional format, but over the years, through the process of research and rehearsal, many of them also emerge out of this to create distinct ways of expression.

For instance, across dance styles, performances open with a composition on Ganesha, the god of beginnings. A simple invocatory piece, it is meant to build mood and momentum. Traditionally, the compositions may describe his physical features, his position among the pantheon of gods, or eulogise him as a remover of obstacles. In recent times, several dancers have been looking beyond this conventional imagery for a broader and more contemporary interpretation.

“Ganesha conveys the importance of being comfortable in one’s own skin,” says senior Bharatanatyam exponent Rama Vaidyanathan. “He may be pot-bellied with an elephant head and a little mushak (mouse) for a vahana, but he is supposed to bestow siddhi (success) and buddhi (brain). If you care to recognise it, there’s a powerful message here: You are not what you look but what you do.”

This thought led Rama to choreograph something more challenging than a routine margam piece. “The idea came to me when I was at the Chidambaram Nataraja temple. I heard one of the priests chant the Ganapathy talam. I felt the laya was perfect to portray Narthana Ganapathy — an agile Ganesha dancing at his own pace. I taught it to my daughter Dakshina since I conceived it as a piece in which Ganesha learns the art of dance from his father Shiva.”

Rama is one dancer who makes the most of opportunities to invest the margam with her own choices and imagination. “You must be constantly inspired and should trust your instinct to create something new. Even an invocatory piece can be made to look different, you just have to be a curious choreographer,” she says.

“Odissi with its rounded movements and curves lends itself beautifully to depict Ganesha,” says young Odissi performer, Arushi Mudgal. The dance style has several Mangalacharans (divine offering), composed and choreographed by legendary artistes like Kelucharan Mohapatra, describing the deity, whose unique form drove Arushi too to choreography one herself.

“More than the form, I feel Ganesha represents one’s faith in some intangible energy. It is inexplicable, but moves me all the same. His narthana posture allows you to experience this energy in dance and music. Art has the power to elevate and liberate and that is the closest I feel to the divine.”

‘Jai Ganesh’, the Mangalacharan she choreographed, puts together the different names with which Ganesha is addressed and how they represent his various facets. She sourced them from Ganesha Purana and Mudgal Purana. The piece ends with him dancing in abandon to the syllables of the Mardala. “When creating something, the intention should never be to move away from a conventional concept for the sake of it, but to explore newer and abstract ways to put it forth. It’s an exciting exercise,” says Arushi.

Kathak hasn’t quite made Ganesha a part of its rhythm-driven repertoire. At a workshop held last year, Pt. Birju Maharaj composed a Ganesh stuti, ‘Gajmukh vadan, laage ati sundar’ a vivid description of the god’s endearing persona. During the lockdown, Saswati Sen, one of Maharaj’s foremost disciples, thought of adapting the many simple stories from Ganesha’s life to the dance style. “Unme jeevan ke tatva hain (they contain the essence of life),” she says. “Remember how he used his intelligence to win a competition by simply going around his parents, Shiva and Parvati, while his brother Karthikeya went around the universe on peacock,” she says.

Saswati believes stories from Ganesha’s life can be choreographed as short bhaav pieces. “They definitely have a contemporary resonance and could be an excellent way to accomplish the old-new balance in art.”

Deepika Reddy and her students in one of her productions.

Kuchipudi dancer Deepika Reddy conceived an entire three-hour performance, ‘Bhajami Ganapathim’, from the opening sequence to the final Tarangam, on Ganesha. “From portraying his physical form through the gait of an elephant, flapping of the ears, and swinging of the trunk to those delightful tales of his wisdom, he makes for an exciting subject. In one of the pieces, we showed how the tiny mouse carries him around. Though it evoked laughter, it was meant to drive home the point that nobody is big or small, each one of us makes up the whole,” says Deepika.