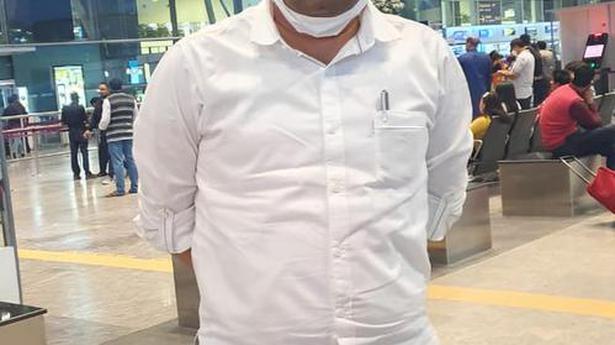 Doctor Desai Guru Rajesh is survived by his wife Lakshmi, also a doctor, a son, 2, and a daughter, 7

Traffic Deputy Superintendent of Police Prasad Reddy said from the scene of the accident it appears the vehicle was travelling at a very high speed (above 140 kmph) as it veered off the National Highway No. 44, hitting a signboard of Shilparamam National Park and a tea kiosk behind it.

According to the police, the victim’s body fell outside the car.

Rajesh is survived by his wife Lakshmi, also a doctor at B. Pappur in Narpala Mandal, a son, 2, and a daughter, 7.

The Anantapur Police Blue Colts received the information at midnight and shifted the body to Government General Hospital, Anantapur. It is yet to be ascertained if it was a case of drunken driving or just overspeeding.