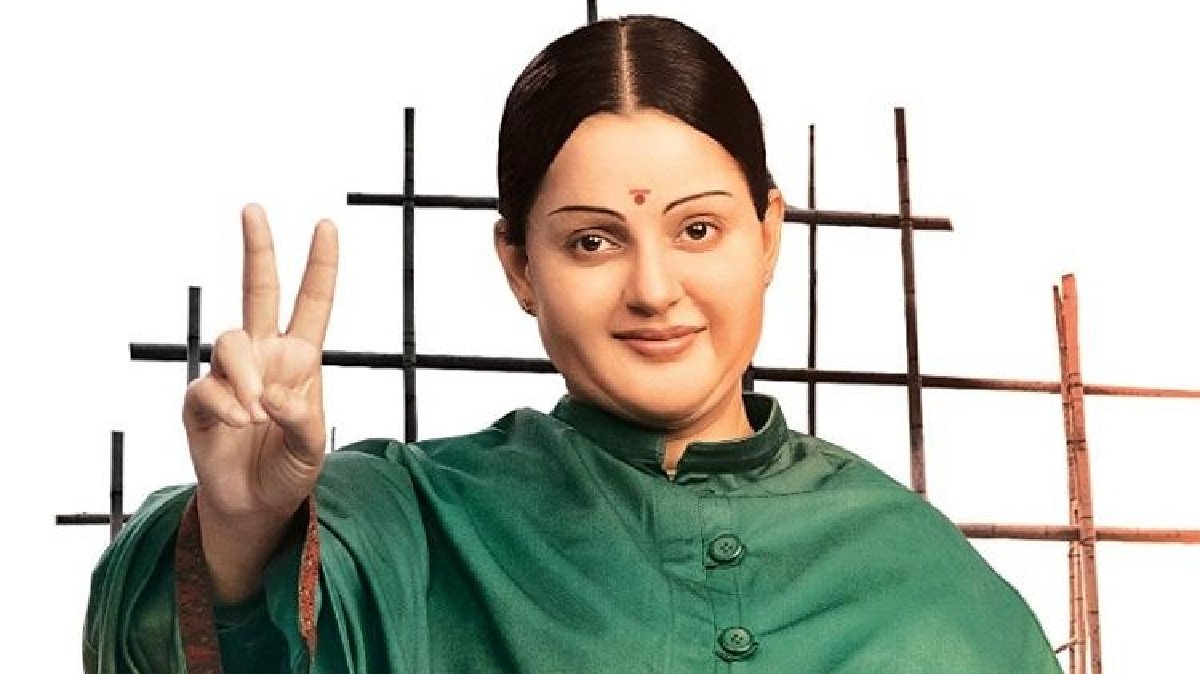 Kangana Ranaut’s latest film ‘Thalaivi’ has been in the news for a long time. Thalaivi is a biopic of former Tamil Nadu Chief Minister Jayalalithaa. This movie is currently screening in the cinema halls. Kangana Ranaut is portraying the role of Jayalalithaa in the film. In the film, an attempt has been made to glorify Jayalalithaa’s entire political career.

Most of us are well aware of Jayalalithaa’s life story and her relationship with MG Ramachandran. Director AL Vijay has done a decent job in showing Jayalalithaa’s struggle in the film. The film begins with J Jayalalithaa’s (Kangana Ranaut) swearing-in scene in which she says “I will now step into the assembly only after becoming the CM of Tamil Nadu.” Subsequently, the flashback starts as Jayalalithaa becomes a successful film star. After this, superstar MG Ramachandran (Aurobindo Swamy) is introduced into the story.

Here, the director has shown the professional as well as a personal relationship between Jayalalithaa and MGR. The movie shows how MGR became Jaya’s mentor in politics and after all the struggles, how Jayalalithaa became a pivotal personality not only in the state of Tamil Nadu but in the entire political scene of the country.

Director Vijay has honestly tried to portray a woman’s struggle against patriarchy. The on-screen chemistry between Jayalalithaa and MGR has been shown in the film in a very good way.

Like in one scene, Jaya and MGR do not utter a word while talking on the phone but their feelings are implied in a near-to-perfect manner. This chemistry between the two is the backbone of the film.

The first half of the film focuses more on the love of Jaya and MGR. The second half focuses more on Jaya’s political career. A lot of dialogues and Kangana Ranaut’s slow-motion walks are a little drag in the film. The editing and background score of the film are very loud. Sometimes, the songs of the movie break you from the main storyline as well.

Kangana Ranaut is one of the most versatile actresses in Bollywood. She has done justice to the character of Jayalalithaa in the most perfect way. Kangana has not tried to mimic Jayalalithaa senselessly but she has acted according to the demand of the plot and the scene. The synergy between Kangana and Arvind Swamy is worth watching in the film. Speaking about Arvind Swamy, one can say that no one could have played the role of a popular superstar and politician like MGR better than Arvind Swamy.

Thalaivi movie is one of the best biopics that have recently been released. Barring songs & a loud background score, this movie is definitely worth a watch. Overall performances are remarkable with a little theatrical effect considering the movie takes place back-and-forth among different periods of Jayalalithaa’s career.