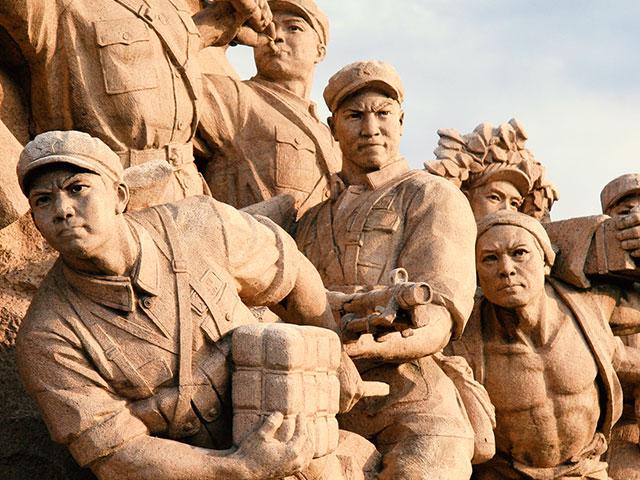 The Chinese Communist Party (CCP) is reportedly taking further steps to force Christians to support the communist agenda. They’re being ordered to honor deceased soldiers with the Red Army and the CCP or suffer consequences.

According to Bitter Winter, China’s communist regime recently sent a directive detailing the new demands to all churches that are affiliated with the government-controlled Protestant Three-Self Church.

#CHINA
They cannot remember their own martyrs but should pray for the Communist soldiers who died in the war with Japan.Chinese Christians Compelled to Pray for the Martyrs—of the Red Army https://t.co/5qp1fe2ox1 #Christian #martyrs

The order states that houses of worship shall, “organize peace prayer worship activities to commemorate the 76th anniversary of the victory of the Chinese People’s War of Resistance against Japanese Aggression and the World Anti-Fascist War around Sept. 3, according to the actual situation.”

“Local churches and congregations may, according to the actual local situation, carry out relevant peace prayer activities in a small and decentralized form, in line with the local requirements for prevention and control of the new COVID epidemic, to further promote the fine tradition of patriotism and love of religion and to demonstrate the good image of peace-loving Christianity in China,” it continues.

Churches are required to submit evidence of these prayer events by text, through videos, or by submitting photos to the Media Ministry Department of the China Christian Council by September 10.

CBN News has previously reported that a variety of attacks against Christians have intensified in China over the past few years.

The Communist party strives to eliminate the faith community because it’s perceived as a threat to President Xi Jinping’s regime. There are more Christians in China than Communist Party members, and this reality doesn’t sit well with the party. So religious materials have been classified as contraband.

Christian WeChat accounts were taken offline and Bible Apps have been eliminated from China’s App Store.

In July, pastors were ordered to adjust their sermons to include parts of a speech made by President Xi, celebrating the centenary of the CCP.

And numerous pastors have been arrested for possessing religious materials or for simply sharing the gospel.

China is ranked 17th on Open Doors’ 2021 World Watch List of countries where Christians suffer the most persecution.