Villagers who provide 20 kg of cow dung and farmyard waste as day for vermicomposting, get free LPG refills in a novel project in Bihar’s Madhubani district

While the rising prices of LPG cylinders are pushing refills out of reach for most people, especially in rural areas, bucking the trend is Munni Devi, a mother of three sons and owner of three cows in Sukhet village in Jhanjharpur block of Bihar’s Madhubani district.

Earlier, most of Munni Devi’s time was spent over an earthen stove in a corner of her house. Fired with wood, crop waste and cow dung, the stove billowed noxious smoke into the house, leaving her ill and breathless. Every month she had to consult a local doctor for huffani (breathing) problem.

Sixty-something Rampari Devi and her daughter-in-law Lalo Devi too had similar stories of ill-health and visits to doctors.

Though they had LPG connections, the rising cost of refills put the cleaner cooking fuel out of reach.

But not any more.

In the last six months, the lives of these rural women has changed dramatically with the Sukhet model which allows them to get their LPG cylinders refilled every two months in exchange for cow dung and the farmyard waste. The unique programme, which was lauded by Prime Minister Narendra Modi in his latest episode of Mann ki Baat on August 29, offers four-fold benefit to the villagers: it ensures a pollution free environment at home, waste disposal, monetary assistance for LPG cylinders and availability of organic fertiliser to the local farmers.

Man on a mission

The Sukhet model is an initiative by the Dr Rajendra Prasad Agriculture University (RPAU) at Pusa in Samastipur district and the brainchild of Vice-Chancellor Dr. Ramesh Chandra Srivastava, a vermicompost enthusiast on a mission to popularize the organic manure for the farming community and institutions.

The Sukhet model is an initiative by the Dr Rajendra Prasad Agriculture University (RPAU) at Pusa in Samastipur district and the brainchild of Vice-Chancellor Dr. Ramesh Chandra Srivastava.

“I was quite impressed with the government’s Ujjawala Yojna to provide free LPG connections to people but I found out that in rural areas people are not being able to refill LPG cylinders for two reasons: their economic condition and the patriarchal nature of society. I mulled over the problem and later introduced this model, popularly known today as the Sukhet model for refilling their cylinders in exchange for farmyard waste and cow dung,” Dr. Srivastava told The Hindu.

The agri scientist had earlier launched vermicomposting to produce organic manure in two unlikely settings — the famous temples of Baba Baidyanath Dham in Deoghar of Jharkhand and Garib Nath Temple of Muzaffarapur in Bihar — where flowers and leaves offered to the deities are collected and composted.

Under the Sukhet model, two local workers visit households which have cattle to collect cow dung and farmyard waste and bring it to a vermicomposting yard.

“Any family which gives us 1,200 kgs of cow dung and wet garbage waste every two months gets their LPG gas cylinders refilled for free. Everyday, they have to meet the target of 20 kg of cow dung and garbage waste to avail the refill. Since February 4, 2021, as many as 44 households of this village are getting this facility while many more have evinced keen interest,” said Sudhir Das, in-charge of the Sukhet model and the Jhanjharpur Krishi Vigyan Kendra (KVK) . “The target is to take this model to 100 households of the village in first phase,” he added.

Sukhet panchayat consists of five villages — Sukhet, Godhanpur, Mazidi, Bisoul and Balliyari. The panchayat has 2,500 households and 7,000 voters and has mixed population of all castes and communities.

“However, out of total 44 households availing the Sukhet model facility, more than half are from Yadav caste,” said Ashutosh Yadav, a research fellow of RPAU, Pusa.

A resident of Ayodhya in Uttar Pradesh, Mr. Yadav has been camping in Sukhet village since December 2019 to take this model to each and every household there.

“The only problem is that only those household who have cattle to give us cow dung are able to benefit from the Sukhet model,” he pointed out.

Along with Mr Das and Mr. Yadav, two supporting staff, two drivers and a scientist from Pusa are engaged to make this model a “role model for other villages and panchayats in the State”. 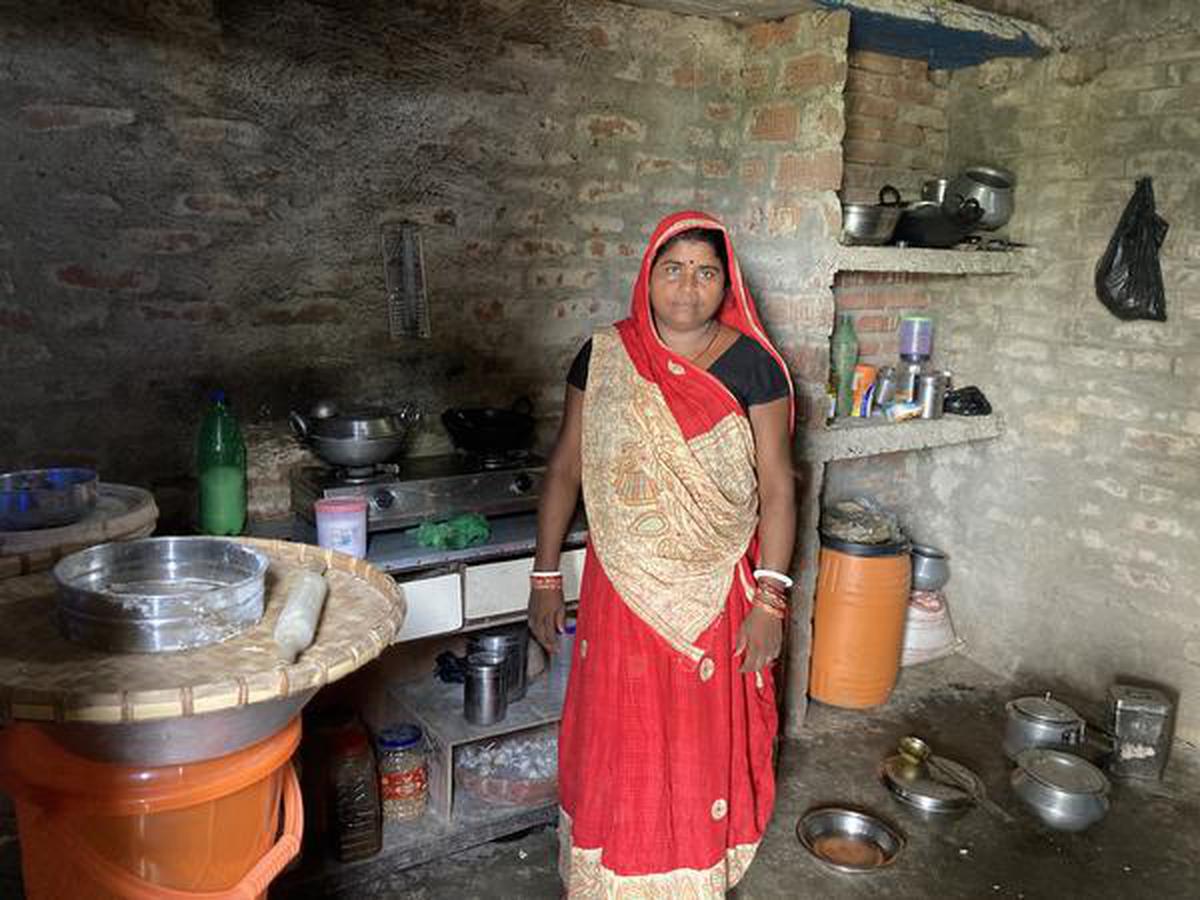 The unique programme, which was lauded by Prime Minister Narendra Modi in his latest episode of Mann ki Baat on August 29, offers four-fold benefit to the villagers.

The model is going to be implemented at Supaul and Mokama too, added Mr Das.

“Our plan is to implement this Sukhet model in 16 districts of Bihar where KVK units are located under RPAU, Pusa. It will also generate employment for local youth and to make village soil nutrient self-sufficient,” said Dr Shankar Jha, assistant professor, soil sciences, at RPAU.

On why Sukhet was chosen to pilot the model, he said: “We undertook a survey in the village and found that most of the villagers have LPG connections but they were unable to afford refills.”

On the sustainability of the model, Dr. Srivastava said: “Primarily I would suggest three points to be taken care of — treat it as micro industry, consider the contract work under MGNREGA (Mahatma Gandhi National Rural Employment Guarantee Act) scheme and through CSR funds by industries.”

Sunil Yadav, a villager, has donated 3.5 kattha of his land to set up a bamboo-roofed vermicompost unit at the entrance of the village, just one kilometre off the National Highway 57. He also has been appointed as supervisor of the Sukhet model and gets a monthly salary of ₹10,608. Two other workers, who collect dung and farmyard waste from the households, are paid ₹9,600 each.

“The villagers also purchase the good organic manure produced here at the unit at ₹600 per quintal,” said Mr Das.

Ramesh Yadav, a farmer who had just bought a 50 kg sack of vermicompost for ₹300, said: “We get good quality of vermicompost cheaper than the market price here at our village. What could be better than this?”

“After five years we’ll hand over the whole structure with all facilities to Sunil Yadav to sustain the model in the village,” said Mr Das.