Bihar’s sweet heritage: A hungry bride and her box of sweetmeats 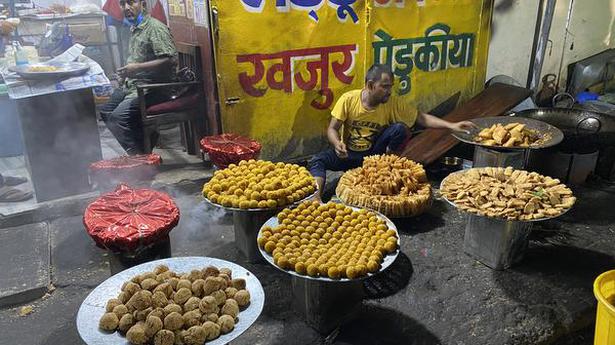 Sumitra Devi remembers the time when, as a bride, she left for her husband’s home in the remote village of Adauri in Sitamarhi district, Bihar. With her dowry, the now 80-year-old, who lives in Patna, carried a very special bridal box. Traditionally called kaleva, meaning gift, it included sweets with her personal items.

“These sweets were nutritious and could last for a long time without going bad,” says Sumitra, explaining that the bride was confined to her room for months till she became familiar with her new surroundings and could roam about the house freely.

“Could a bride ask for food when hungry?” says Nirala Bidesia, a social scientist researching Bihar’s folk and food lineage. “No, that was deemed unfit behaviour. A bride was supposed to be coy. Hence when she left for her new home, the women of her household — mother, aunts, grandmother, would prepare items such as khaja, kasak, neura and bookini that were both nutritious and long-lasting and pack them in her bridal box,” syas Nirala, adding that the custom probably stems from mythology, “from the time of Princess Sita’s wedding.”

Sumitra laughs, as she recalls savouring the sweetmeats. “I used to be teary-eyed and the taste of these home-made foods made me even more nostalgic. The children in my husband’s house were curious and would crowd around my room. I would offer sweets to them too.” Even now her husband and family talk of some of those unique sweets, she adds.

Gaaja, a desi mithai of Bihar

Bihar’s tradition of sweets is closely connected with customs and rituals and, therefore, there are specific sweets for every occasion. Those native to the state primarily use roasted rice flour. Those made with cottage cheese, refined flour and sugar syrup have outside influences, especially Islamic cuisine. Another interesting feature that Nirala points out is that sweets with the same ingredients when shaped differently get a new name.

What is in a name

The khaja is similar to the Turkish baklava and is made with self-raising flour, oil, ghee and sugar syrup. The palm-sized rectangular puff pastry lookalike is made with 12 to 15 layers of thin dough sheets. The most famous version comes from Silao, a small village near Nalanda, which received GI status in 2018. Stories of its origin date back to King Vikramaditya’s time. Some even say that the Buddha relished the sweet when he passed the village on his way to Nalanda. Today the sweet has evolved and comes in a smaller size and is made across the State.

A denser version called gaja is also made with the same ingredients, except oil. “Also called piaw, it is different from the khaja, as the dough is not folded multiple times. Flour is kneaded with ghee, cut into rectangles or squares, dunked in one-string sugar syrup and removed. This lasts up to two to three months,” says Nirala.

Gaaja, a desi mithai of Bihar

Tarun Kumar who runs Sawan Mistan Bhandar, one in a row of 15 sweet shops selling the famous sweet opposite the old Patna Museum, makes around 100 kilograms a day during the wedding season. “Though khaja is made through the year and often as a snack, its most important use is as a sweet sent with the bride when she leaves for her husband’s house,” says Tarun, explaining that the sweet does not spoil for two to three weeks.

Asha Singh, retired professor of Economics, Magadh Mahila College, who has a keen interest in food histories says the tradition is now only symbolic. “The personal box of the bride no longer contains sweets, because the entire social scene has changed. There are no joint families and no separation of men and women in households. The tradition of sending sweets with the bride to share among relatives and friends and distributed in the village continues. That is why the sweet shops have increased and evolved.”

Of the sweets from the box, the one Asha recalls most is the bookini. A coarse mixture of wheat flour, crushed sugar, dry fruits and ghee, it lasted for months. “I used to see my grandmother-in-law have a spoonful every morning. She would wash it down with a glass of water. It used to come from her mother’s house,” says Asha who has spent the pandemic experimenting with old recipes.

Also called Kokadour bookini, the powder is made with fine rice flour that is washed, dried and roasted. Crushed sugar and ghee is added to the flour. The trick is to constantly rub the flour with small portions of ghee and sugar, taking utmost care that it remains dry.

Anarsa, made with rice flour, jaggery, poppy seeds and ghee, is a popular sweetmeat of Bihar from Gaya

“Kasak is made during festivals and weddings even in Nepal,” says Nirala. Mamta Rani, who makes them during the Chaath festival says the modern version uses branded rice flour. She makes it in the old style by soaking rice overnight and drying and grinding it into flour the next day. “We add jaggery syrup and stir till the mix is pliable. Then we roll it out into balls,” says Mamta adding that it can be flavoured with cardamom. Chopped dry fruits too can be added to enhance it.

Another sweet, valued more for nutrition than taste and one that had an important place in the bridal box, was a laddoo made of turmeric and dry ginger powder. “Coarsely ground black pepper and fennel seeds too were added, depending on the maker,” says Asha.

With the personal box of the bride being no longer relevant, these specific sweets have evolved into different versions, “generally in size and shape,” says Nirala. Rajesh Kumar who runs Soni Mishtan Bhandar in Patna says that the health factor has necessitated change in the sweets that were rich in sugar, with jaggery replacing sugar in many sweets. “Though the personal box may have disappeared, sending baskets of sweets for the family of the groom has increased,” he says. And so the khaja, gaja, neura and bookini live on.