Taliban Stop Planes of Evacuees From Leaving but Unclear why 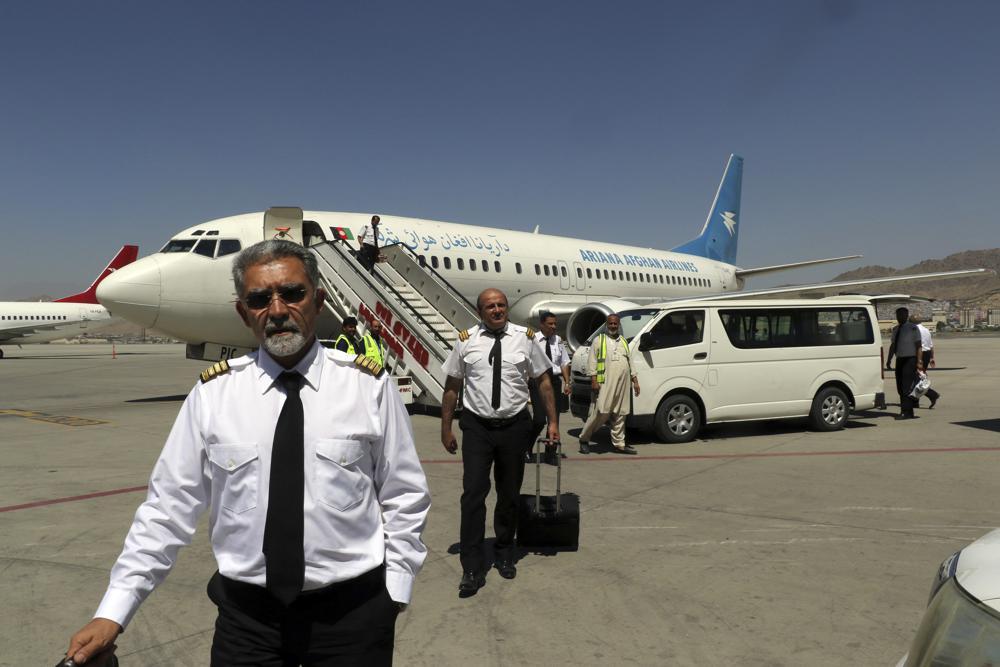 KABUL, Afghanistan (AP) — At least four planes chartered to evacuate several hundred people seeking to escape the Taliban’s takeover of Afghanistan have been unable to leave the country for days, officials said Sunday, with conflicting accounts emerging about why their flights weren’t able to take off as pressure ramps up on the United States to help those left behind to flee.

An Afghan official at the airport in the northern city of Mazar-e-Sharif said that the would-be passengers were Afghans, many of whom did not have passports or visas, and thus were unable to leave the country. He said they had left the airport while the situation was sorted out.

The top Republican on the U.S. House Foreign Affairs Committee, however, said that the group included Americans and they were sitting on the planes, but the Taliban were not letting them take off, effectively “holding them hostage.” He did not say where that information came from. It was not immediately possible to reconcile the accounts.

The final days of America’s 20-year war in Afghanistan were marked by a harrowing airlift at Kabul’s airport to evacuate tens of thousands of people — Americans and their allies — who feared what the future would hold, given the Taliban’s history of repression, particularly of women. When the last troops pulled out on Aug. 30, though, many were left behind.

The U.S. promised to continue working with the new Taliban rulers to get those who want to leave out, and the militants pledged to allow anyone with the proper legal documents to leave. But Rep. Michael McCaul of Texas told “Fox News Sunday” that American citizens and Afghan interpreters were being kept on six planes.

“The Taliban will not let them leave the airport,” he said, adding that he’s worried “they’re going to demand more and more, whether it be cash or legitimacy as the government of Afghanistan.” He did not offer more details.

The Afghan official, who spoke on condition of anonymity because of the sensitivity of the subject, said it was four planes, and their intended passengers were staying at hotels while authorities worked out whether they might be able to leave the country. The sticking point, he indicated, is that many did not have the right travel papers.

Residents of Mazar-e-Sharif also said the passengers were no longer at the airport. At least 10 families were seen at a local hotel waiting, they said, for a decision on their fates. None of them had passports or visas but said they had worked for companies allied with the U.S. or German military. Others were seen at restaurants.

The small airport at Mazar-e-Sharif only recently began to handle international flights and so far only to Turkey. The planes in question were bound for Doha, Qatar, the Afghan official said. It was not clear who chartered them or why they were waiting in the northern city. The massive airlift happened at Kabul’s international airport, which initially closed after the U.S. withdrawal but where domestic flights have now resumed.

Searing images of that chaotic evacuation — including people clinging to an airplane as it took off — came to define the final days of America’s longest war, just weeks after Taliban fighters retook the country in a lightning offensive.

Since their takeover, the Taliban have sought to recast themselves as different from their 1990s incarnation, when they last ruled the country and imposed repressive restrictions across society. Women and girls were denied work and education, men were forced to grow beards, and television and music were banned.

Now, the world is waiting to see the face of the new government, and many Afghans remain skeptical. In the weeks since they took power, signals have been mixed: Government employees including women have been asked to return to work, but some women were later ordered home by lower-ranking Taliban. Universities and schools have been ordered open, but fear has kept both students and teachers away.

Women have demonstrated peacefully, some even having conversations about their rights with Taliban leaders. But some have been dispersed by Taliban special forces firing in the air.

Some signs of normalcy have also begun to return. Kabul’s streets are again clogged with traffic, as Taliban fighters patrol in pickup trucks and police vehicles — brandishing their automatic weapons and flying the Taliban’s white flag. Schools have opened, and moneychangers work the street corners.

Among the promises the Taliban have made is that once the country’s airports are up and running, Afghans with passports and visas would be allowed to travel. More than 100 countries issued a statement saying they would be watching to see that the new rulers held to their commitment.

Technical teams from Qatar and Turkey arrived in recent days and are working to get the civilian airport operational.

On Saturday, state-run Ariana Airlines made its first domestic flights, which continued on Sunday. The airport is without radar facilities, so flights are restricted to daylight hours to allow for visual landing, said official Shershah Stor.

Several countries have also been bringing in humanitarian supplies. The Gulf state of Qatar, where the Taliban maintained a political office since 2013, is making daily flights into Kabul, delivering humanitarian aid for the war-weary nation. Bahrain also announced humanitarian assistance deliveries.

Meanwhile, the Taliban stepped up an assault on the last remaining pocket of resistance being led by fighters opposed to their rule.

The anti-Taliban fighters in Panjshir province, north of the Afghan capital, are being led by former vice president Amrullah Saleh, who has appealed for humanitarian aid to help the thousands of people displaced by the fighting.

A senior Taliban spokesman tweeted Sunday that Taliban troops had overrun Rokha district, one of the largest of eight districts in Panjshir. Several Taliban delegations have attempted negotiations with the holdouts there, but talks have failed to gain traction.

Fahim Dashti, the spokesman for the group that is fighting the Taliban, was killed in a battle on Sunday, according to the group’s Twitter account. Dashti was the voice of the group and a prominent media personality during previous governments.

He was also the nephew of Abdullah Abdullah, a senior official of the former government who is involved in negotiations with the Taliban on the future of Afghanistan.

Saleh fled to Panjshir after Afghan President Ashraf Ghani quit Afghanistan as the Taliban marched on the capital. The fighters’ lightning blitz across the country took less than a week to overrun some 300,000 government troops, most of whom surrendered or fled.