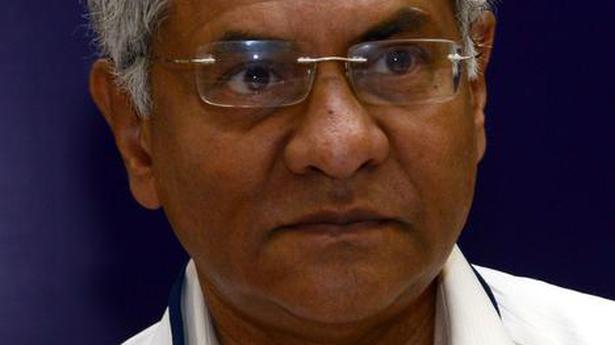 Keshav Desiraju was the grandson of the first President of India Sarvapalli S. Radhakrishnan

Former Union Health Secretary Keshav Desiraju died at a private hospital in Chennai on Sunday morning. He was 66.

He died due to acute coronary syndrome. Mr. Desiraju was the grandson of the first President of India Sarvapalli S. Radhakrishnan.

In a tribute the IAS Association on its twitter handle said, “@ias_tn expresses heartfelt condolences on the untimely and sudden demise of Thiru Keshav Desiraju IAS Retd, who has dedicated his life to the service of the Society.”

Mr. Desiraju has been on the board of several organisations, including Auroville.