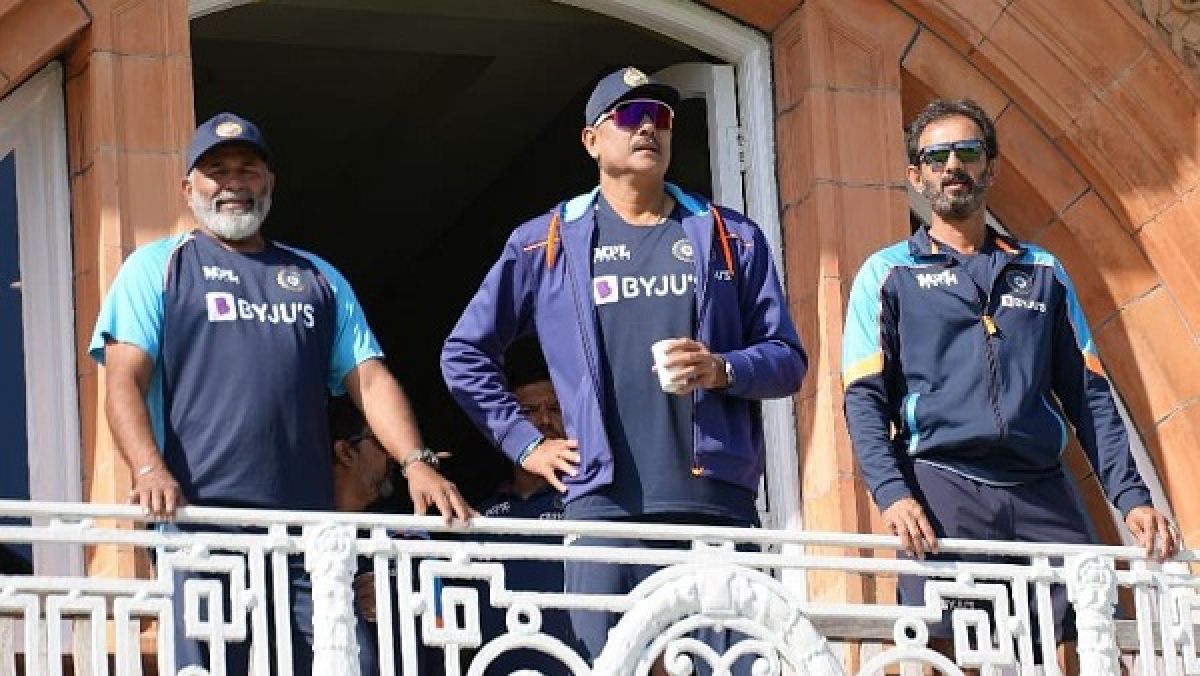 London, Sep 5: Ravi Shastri, the head coach of the Indian cricket team, has tested positive for Covid-19. He and his supporting staff have been isolated even as the team is playing its fourth test against England at the Oval in London, the BCCI said in a statement.

The 59-year-old coach tested positive in the Rapid Antigen Test. Bowling coach Bharath Arun, fielding coach R Sridhar and physiotherapist Nitin Patel are the supporting staff who have been isolated.

“The remaining members of the Team India contingent underwent two Lateral Flow Tests – one last night and another this morning. The members upon returning negative COVID reports were allowed to proceed for Day 4 of the ongoing fourth Test at The Oval,” the PTI quoted BCCI secretary Jay Shah as saying in a statement.

Unfortunately, this is the second time bowling coach Bharath Arun is being quarantined after someone else tested Covid-19 positive. “Last time it was Dayanand Garani, the masseur,” the source added.

Ravi Shastri and the supporting staff will be isolated for 10 days if they test positive in RT-PCR tests and cannot travel with the Indian team for Manchester till they test negative twice. “They have undergone RT-PCR testing and shall remain in the team hotel and not travel with Team India until confirmation from the medical team,” Shah said.

The Indian team members have been given RAT self-test kits after Rishab Pant tested Covid-19 positive during the three-week break.

Nonetheless, the series has not been affected by the latest development and will continue as planned before. Meanwhile, India has taken over 225 runs lead in the fourth test.

The fifth and the final test will be played at Old Trafford in Manchester.