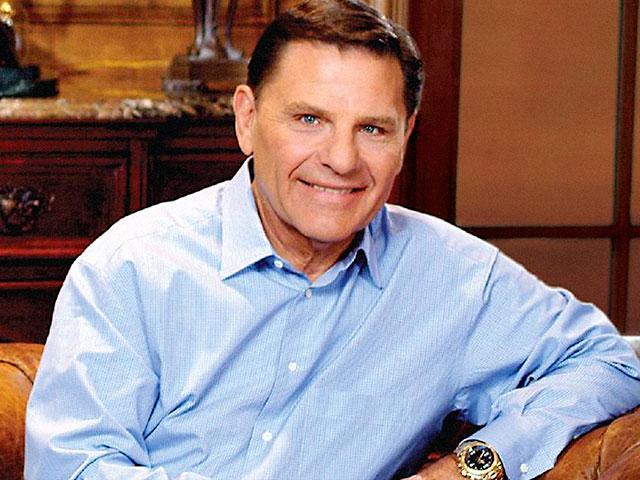 Glenn Beck was aided in his travels last week by televangelist Kenneth Copeland, who lent his private jet to the conservative talk radio host as he worked to rescue endangered Christians in Afghanistan.

Beck’s operation, The Nazarene Fund, has resulted in the rescue of more than 5,000 Christian refugees, who have now been relocated in a handful of different countries — a Goliath task he said was accomplished with no help from the U.S. government.

Beck, who has been in the Middle East personally, told Fox News host Tucker Carlson that none of his travel costs have been paid by The Nazarene Fund. Instead, Beck told the anchor, he is paying his own way.

In addition, he’s received some personal assistance from Copeland.

“So you know, [my travel is] not funded by The Nazarene Fund,” Beck said. “Nothing I am doing here — I am paying for this here. Copeland Ministries has let me borrow their jet.”

In a separate video posted to his Twitter account, Beck said he “can’t thank Kenneth Copeland Ministries enough for lending us their plane to get us over here,” referring to an undisclosed country in the Middle East.

THANK YOU! @thenazarenefund and their partners @MightyOaksFDN will have rescued a total of 5,000 refugees from Afghanistan in just the last few days thanks to your generous donations. Here’s how the $30M raised is being spent: pic.twitter.com/fMUh9M5xfQ

Lord David Alton, a British politician known for his humanitarian efforts, lauded Beck for his work to rescue endangered Afghans.

“As the world abandons Afghan minorities to the Taliban,” he wrote, “Glenn Beck — emulating Oscar Schindler — did something about it, putting into practice the injunction to ‘rescue those who are being taken away to death…and those stumbling to the slaughter.’”

Beck responded to Alton, writing, “You have done heroic work yourself. It is strange indeed to be called heroic for simply doing what we all know is right. When more of us wake from our slumber, heroism will regain its rightful meaning and place.”

***As the number of voices facing big-tech censorship continues to grow, please sign up for Faithwire’s daily newsletter and download the CBN News app, to stay up-to-date with the latest news from a distinctly Christian perspective.***