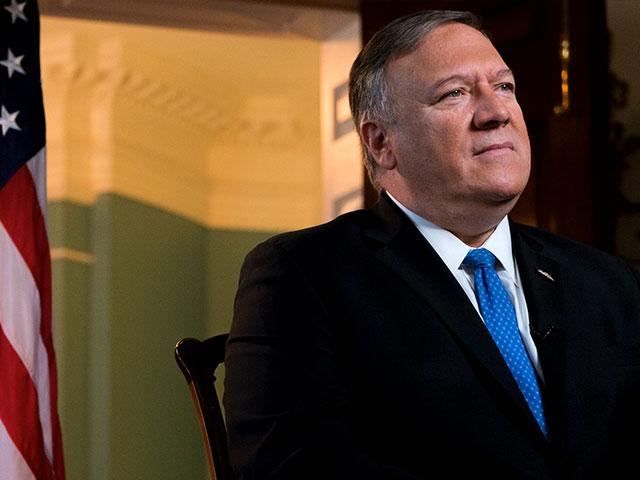 Reprinted by permission from The Standing for Freedom Center

WASHINGTON D.C. – Secretary Mike Pompeo said we must pray for our allies still trapped in Afghanistan. In an interview with John Wesley Reid, the former Secretary of State was hopeful, but not entirely optimistic about the future of U.S. coalition forces still in Afghanistan.

Over the last two weeks, veterans of the war in Afghanistan have expressed concern for their friends – people who fought alongside them combating Al Qaeda and other terrorist groups, and have even shared messages from those currently in Afghanistan who don’t know how they’ll be able to leave before the Taliban finds them.

Reid: They fear for their lives. They have different terrorist groups, networks looking for them by name, and then we have U.S. service members who fought with them in Afghanistan and now they’re wondering what’s going to happen to their friends, so Mr. Secretary what is the hope for them? What can be done?

Pompeo: Well we should all pray for them. We should all recognize that the United States made a real commitment to many of them that we have an obligation to honor and when we don’t, then the world watches …. I’m hopeful that they’ll be able to find safe egress – they’ll be able to find a pathway out. I hope the US, even though we’re now, goodness, some 24 hours out – the final withdraw, probably the final flight out of HJIA. I hope they’ll be able to find a pathway either through the north through northern Asian countries, or some other way that they can find their way out even if it be through the airport after we depart. Hopefully, we’ll do the right thing and honor the commitment that the United States made to each of those people.

The challenging images seen and stories heard from the last two weeks have been disturbing. We’ve seen direct illustrations of how poorly implemented policy has tangible effects on vulnerable people, including U.S. citizens and our allies. Such a failed strategy has even prompted active-duty military leaders to examine the strategy and boldly speak out against senior leadership who, according to one Marine officer, put their careers before their duty to serve and protect.