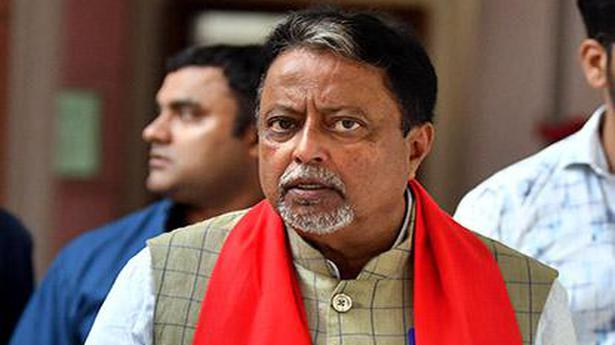 Nearly a month after the BJP suffered a big defeat in the West Bengal Assembly polls, its vice president Mukul Roy on Friday returned to the Trinamool Congress (TMC). Mr. Roy (67), one of the founding members of the TMC, joined the BJP in November 2017.

Mr. Roy described Ms. Banerjee “as a leader of the entire country”. He said he was feeling relieved after quitting the BJP. “In the present circumstances, no one can stay in the BJP in Bengal,” he stated.

Ms. Banerjee in turn described Mr. Roy as an “old family member” and added that “old is always gold”. “Our party is already a strong party. Mukul is an old family member. He was pressured by agencies. I think this decision will provide him mental relief. His health was deteriorating also.” His defection from the BJP indicated that more people from the BJP would join the TMC, she said.

Those who defected from the party just before the elections and attacked it in sharp language would not be allowed to join it again. “ Only those who are gentle, we will consider them,” she observed.

The speculation of Mr. Mukul Roy’s return to the TMC gained momentum after Mr. Banerjee visited a city hospital to inquire about the health of his wife last week. Prime Minister Narendra Modi too called up Mr. Roy.

The veteran politician was reportedly upset for not being given much importance during the 2021 Assembly polls, where Nandigram MLA Suvendu Adhikari emerged as the important face of the BJP. Mr. Roy played a crucial role in the 2019 Lok Sabha polls when the BJP won 18 out of the 42 seats.