‘Hanging in Hellfire’: Her Imam Said She Would Suffer for Eternity, Then She Heard the Audible Voice of Jesus 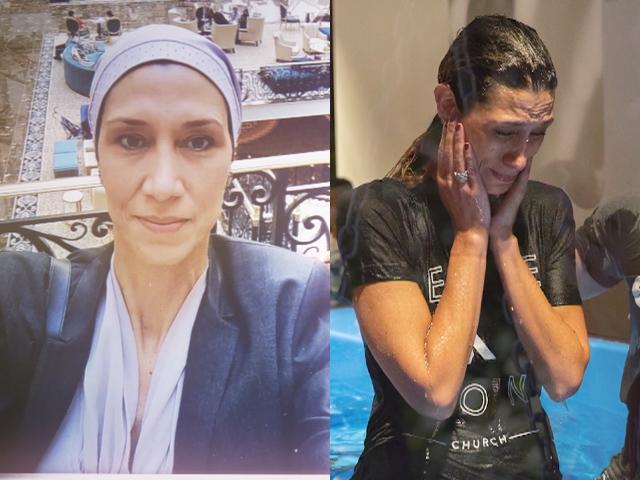 Hanging from her hair in hellfire for all eternity – that was supposed to be Hedieh’s punishment. What was her crime? She simply removed her head covering. But now, after 22 years in Islam, she’s no longer afraid of her eternal destiny because she heard the loving voice of Jesus Christ.

“In Islam, God is not a father. God is the ultimate judge. And He sits apart from us, judging absolutely every single thing that we do,” she explains.

Hedieh’s parents emigrated from Iran to the U.S. in search of the American dream. They found it. Hedieh grew up among the wealth and opulence of Beverly Hills but she says it wasn’t enough.

“It never was fulfilling. I felt – I actually felt really guilty about having what the world would describe as just about everything, and yet being sad. And I always wondered what was that space in my heart that made me feel empty,” she recalls.

While in college at UCLA she hoped religion would fill the void. Her dad pushed her to Islam and her boyfriend took her to a local mosque.

“It was somewhat of an extreme mosque,” she says. “And they had all these principles about politics and what it would be like to turn America into a Muslim nation and-and very, very anti-Semitic. And I thought to myself, ‘Oh, this is terrible. I don’t want anything to do with this. If this is religion, I want nothing to do with it.'”

Repulsed by Muslim extremism and still wanting to know God she joined a different branch of Islam called Sufism. “It’s a mystical practice in Islam which is all about love and harmony and finding a personal relationship with God, and I thought, ‘Okay, this is perfect.'” She says, “This is where I could find peace and where I can find that relationship with God.”

After law school, Hedieh began writing reports on Muslim extremism, her work led her to the FBI and a career working with government agencies combating terrorism.

She says, “It was a natural fit for me to be in Islam and in these communities and studying them and working against extremism at the same time. I really felt that I was contributing to my country and-and to my faith.”

She got married and had a daughter. For years Hedieh maintained a strict adherence to Islamic law. She remembers, “It was this never-ending attempt to control your fleshly desires, your behavior in an effort to draw closer to God. You’re, you’re always afraid of what He’s going to do to judge you, and it’s not about love at all. You were constantly praying to a god that didn’t answer you.”

Eventually, she became frustrated that, despite her efforts, Islam gave her no assurance of salvation.

“What they were telling me is the most important goal I had in my life, I didn’t know if I was ever going to achieve, and that weighed on me extremely heavy,” Hedieh says. “And as I grew older, and as my daughter grew older; this heaviness was intolerable.”

Then, one day, after 22 years in Islam, Hedieh took off her head covering. Her imams said her eternal destination was now certain. “They told me I was going to hang from my hair for an eternity in hellfire because I took my head cover off. So despite the uncertainty of not being promised salvation, because I had done this one thing to decrease my external religiosity, they said I was going to spend an eternity in hellfire, and that was unacceptable. And I left Islam. I felt really, really lost. It was devastating. It was – it was devastating. I felt that I had no bearings underneath me,” she says.

Hedieh longed to have God in her life. While online, she watched a video of a Christian pastor who spoke about having a relationship with God through Jesus. She was moved and confused. Soon after she prayed a desperate prayer.

“I was on my knees. I was in ritual prayer form of Islam down with my head on the ground and just crying and saying, ‘Can you please reveal yourself to me because I am so utterly confused on who you are.’ And it was in one of those prayers in my bedroom that I audibly heard the voice of Christ and He said, ‘Hedieh, it’s Me.’ And it was a – it was extraordinary. To this day I could tell you as if it happened yesterday. I knew from that moment on I would never be the same.” 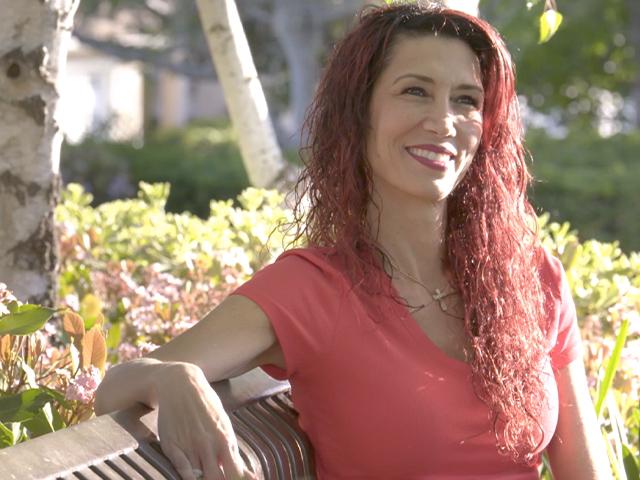 She continued watching the pastor online and started reading the Bible. Hedieh says, “The Bible came alive as the Quran never did. I could hear God speak to me and I knew He was speaking directly to me cause He was using the Quran as an example of why the Quran was not correct and why His Word in the Bible was true. I got to a point where I was like I have to accept that Jesus is Lord. I have to accept that He has saved me. And I was praying one day and I just felt the Lord say to me, ‘Daughter, you don’t have to be afraid anymore.'”

Hedieh was soon baptized at the church she had watched online. She says she now has a relationship with God she never thought possible.

“And I catch myself all the time when I’m – when I’m struggling, where He’s like, ‘Daughter, just walk with me.’ And it’s just His way of telling me, ‘Don’t be afraid. I have plans to prosper you and not to harm you, to give you goodness, to give you a life filled with love and with joy, and don’t be afraid.'”

She shares her journey about receiving the love of God through Jesus in hopes of reaching others who long to know Him. “He’s been with me the whole time.”