KRK Tags Vivek Oberoi In His Latest Tweet Against Salman Khan, Says ‘I Will Put An End To This Bhaigiri’ – See Latest 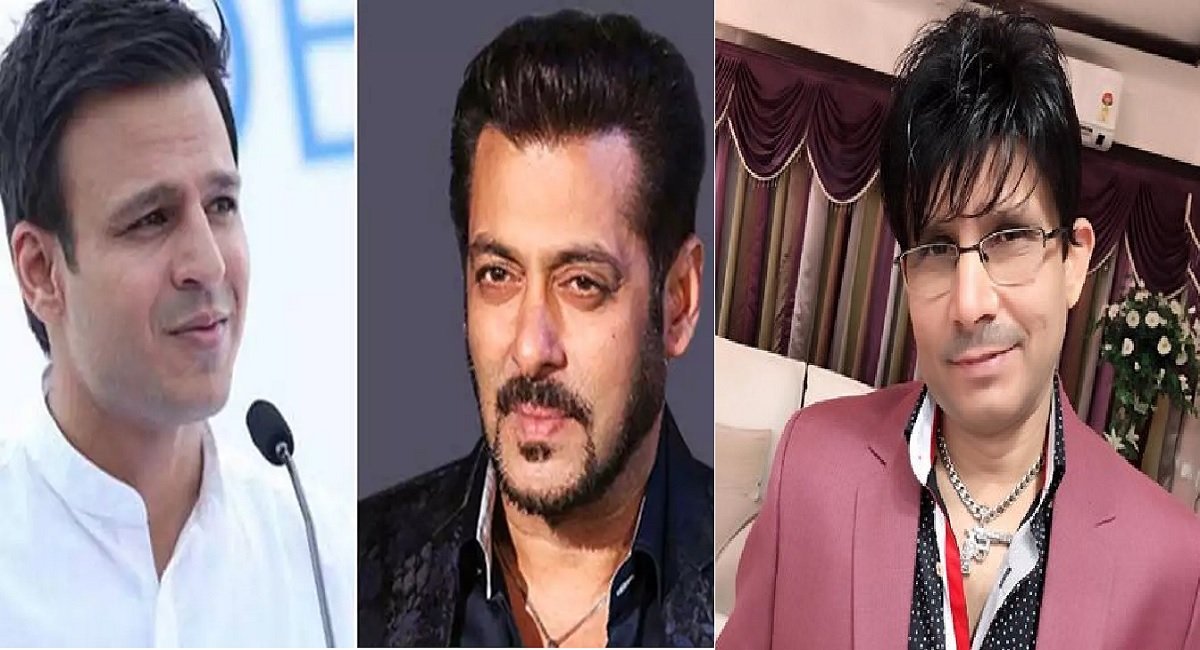 For the past several days, Kamal Rashid Khan has been in the headlines and he is taking the names of actors one after the other. This controversy, which started with superstar Salman Khan, is not gonna anytime soon.

After reading KRK’s tweets, people say that Kamal Rashid is only taking the names of those celebs in his support, who have had a rift with Salman at one time or another. Recently, while tweeting, KRK had said some things about Arjun Kapoor. But this time he has tagged actor Vivek Oberoi and called him brother. Yes, this time KRK has tagged Vivek Oberoi while tweeting.

Everyone knows very well that there was a lot of rift between Salman Khan and Vivek Oberoi years ago. Now KRK has already messed with Salman but now why did he praise Vivek Oberoi’s interview?. People are surprised by this. Actually, KRK tweeted and wrote, “Vivek Oberoi bhai your interview was very good and completely true. Keep moving forward.”

Bhai @vivekoberoi your interview is brilliant and pure truth. Keep it up!👍

KRK tweeted tagging Vivek Oberoi. Apart from this, he tweeted without naming anyone and wrote, ”Friends, if you are fed up with Bhaigiri, then speak. Speak without fear It’s just fear and nothing more. No one can ruin someone’s career. The one who has lost his career, how will he spoil your career, man. Users say that this tweet of KRK is pointing towards Salman Khan only. Even if he didn’t name anyone.”

Earlier, tagging actor Arjun Kapoor, KRK had tweeted and wrote, ‘Thank you Arjun Bhai, for your call and long conversation. Now I understood that only you are my best friend in Bollywood and you are the only real man who is not afraid of anyone. Now I will never review your films negatively.

While issuing a statement, Salman Khan’s legal team clarified that this case has been done because he called him corrupt to defame Salman and have accused his organization  ‘Being Human’ of fraud and money laundering.

After messing with Salman Khan, KRK also got involved with singer Mika Singh. He had called Mika a singer with his nose. To which Mika Singh replied. Recently, Mika Singh had claimed about KRK that he has sold his house out of fear.

He had said, ‘KRK you are my son, I fight those who are equal to me. ‘Look, brother, I am standing in front of your house, over here. By widening the chest. I will meet you wherever you say. You are my son and will always be my son. I have no fight with you. You sold this house of yours. Do not sell as many other houses as you have because I have no personal enmity with you. Do not be afraid of me, I will not kill you – I will not beat you. You had to be taught a lesson, but not so big that you sell your house and go away, after all, you are my neighbor.”