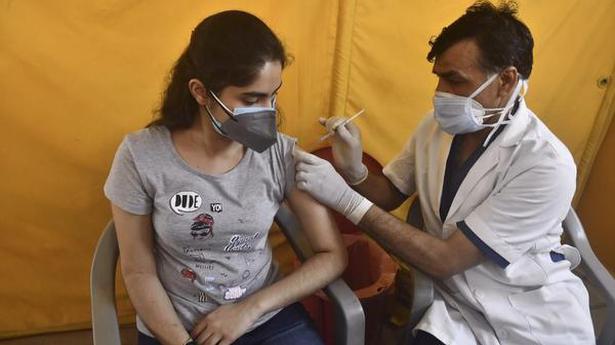 Grilling the Centre for its flawed vaccination policy, the court had nudged the government to correct its course, advising that admitting one’s mistakes was a sign of strength rather than weakness.

The Supreme Court order of May 31, which was published on June 2, slammed the Centre on three cardinal issues — decentralised procurement of vaccines, differential pricing and paid vaccination for citizens in the 18-44 age group under its ‘Liberalised Vaccine Policy’.

Let us first take the aspect of decentralised procurement. Under the liberalised policy introduced in May, the Centre had reduced its vaccine procurement role to 50%, leaving the States to fend for themselves. The court questioned the rationale of the sudden change in policy and said it needed to test it on the touchstone of Article 14 (right to equal treatment) of the Constitution.

The court trashed the Centre’s argument that citizens would not suffer because States were paying for their vaccines. But the court reasoned that the money for States to buy the vaccines came out of the public exchequer. Hence, the citizen was indeed the loser.

Also read: Why not buy 100% vaccines if you get discount, Supreme Court asks Centre

On the second aspect of differential pricing, the court questioned the Centre’s logic that it could buy the vaccines for ₹150 per dose because its orders were bulky. The States had to pay double.

The court asked the Centre then why it could not buy 100% of the vaccines instead of asking States, already under great financial distress caused by the pandemic, to buy on their own.

It said the Centre chose to reduce its vaccine procurement role to half even though the Union Budget for Financial Year 2021-2022 had earmarked ₹35,000 crore for procuring vaccines.

The PM’s announcement came even as the court had asked the Centre to come clean on how they had so far spent the public money and why the funds could not be utilised to vaccinate persons aged 18-44 years for free.

The court had trashed the government’s argument that differential pricing was introduced to spur a competitive vaccine market in India. How was this possible when the Centre had already pre-fixed with the manufacturers the price and quantity of vaccines required by each State?

On the third aspect of making the age 18-44 group pay for their vaccine, the court order said, “The policy of the Central Government for conducting free vaccination for groups under the first two phases and replacing it with paid vaccination by the State/Union Territory Governments and private hospitals for the persons between 18-44 years is, prima facie, arbitrary and irrational”.