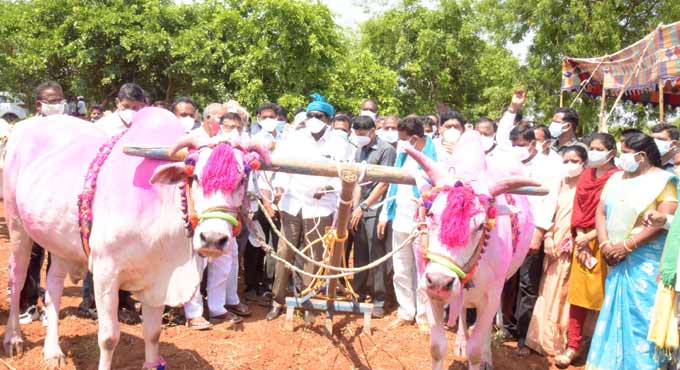 He took part in ‘Eruvaka festival’ and launched Vaanakalam agriculture activities at Manchukonda village of Raghunathapalem mandal in the district on Wednesday. He addressed a gathering of farmers and distributed green manure seeds to them.

Ajay Kumar noted that the use of green manure would enhance soil health and reduce dependency on chemical fertilisers. Around 20, 370 quintals of jeeluga, 2,200 quintals of janumu and 3,440 quintals of pillipesara seeds were allotted to the district.

As Raghunathpalem mandal is located close to the district headquarters the farmers should cultivate vegetables. In addition, paddy farmers have to focus on cotton cultivation as there was a huge demand for cotton in the international market, he said.

The minister warned that serious action would be taken against those selling spurious seeds and directed police and agriculture officials to crack the whip on miscreants selling fake seeds to farmers in the district.