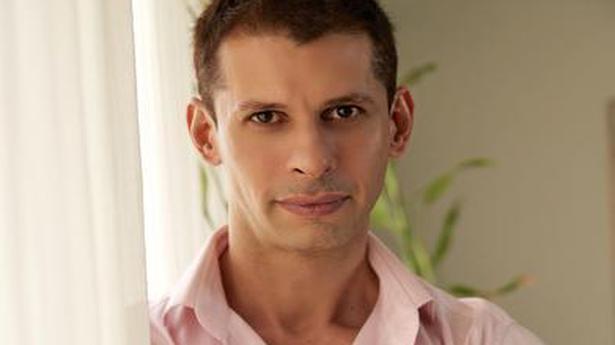 We are warriors…We don’t back down…We stand, we rise, we fight, we fall, we get back as if nothing happened at all…

These inspiring words on the resilience to bounce back after a setback are from Shayan Italia’s new single ‘Warriors’. “Yes we need oxygen, but we also need our fighting spirit. ‘Warriors’ is our fighting spirit” says Shayan on conceptualising Warriors, a song that encourages us to take charge of our lives. It is a timely number when the second wave of COVID-19 is devastating the country. Shayan calls ‘Warriors’ an ‘anthemic power-pop delivery with a message to empower for the state we are in today.’

A call from his niece in April triggered Shayan’s imagination and he wrote three versions of the song. Positive feedback from friends and family and comments like ‘Wow. this song is so apt for today’ motivated him to complete the lyrics’ “It took only two weeks to write and compose the song,” he elaborates.

Although he did not think of the COVID-19 ‘warriors’ while writing, the song metaphorically represents the current situation as ‘the pandemic has caused more deaths than any war and more togetherness among countries that have united to deal with it’.

“‘Warriors’ is for every kind of situation,” says Shayan, observing that it represents a person who is ‘defeated’ but comes back at a defining moment. He cites the example of Amitabh Bachchan, “He had a good career and was written off at one point, but his return proved he is a legend. Bollywood stars are big but they need to fall, before they come back as legends.”

The three-minute 52 second-song released on his YouTube channel. “I am learning how the channel works so that it would help when I launch my wellness app later this year. My focus is to bring music and wellness under one umbrella.”

Shayan is not much of a social media person. “But I like Instagram only for its motivational quote, wildlife photos and videos.”

Shayan learnt from his parents to have an open house policy. He reminisces, “The Italia house in Secunderabad was always open and known for its hospitality.” Although as a young boy he did not enjoy ‘the house buzzing with people (“I never had peace or time for myself”), Shayan realises its value now. “I have an open house in Mumbai now. Being hospitable is one trait that I havelearnt from my parents and I wouldn’t trade it for anything.”