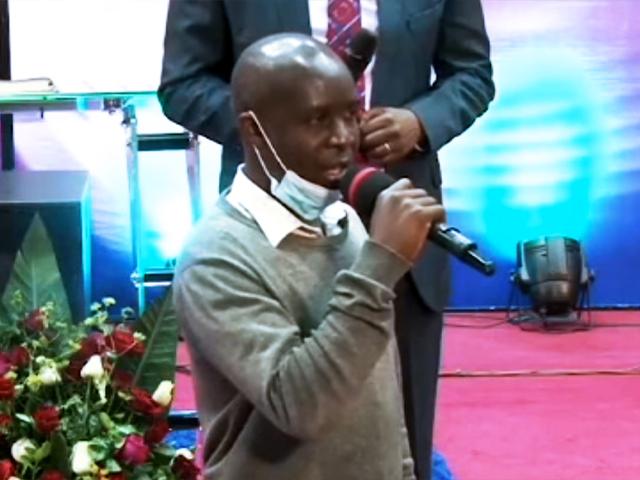 Seth Mahiga, who served as secretary for Atheists in Kenya (AIK) for less than two years, officially resigned from his position with the society on Saturday after giving his life to Jesus Christ.

In a video posted online, Mahiga shares the good news with a group of church members.

“I’ve been going through some difficulties in life and then I decided to resign as the secretary so I’m so happy to be here,” he said.

AIK President Harrison Mumia thanked Mahiga for his service and wished him well in his future endeavors.

“Seth’s reason for resigning is that he has found Jesus Christ and is no longer interested in promoting atheism in Kenya. We wish Seth all the best in his new found relationship with Jesus Christ,” Mumia wrote in a statement.

This evening, regretfully, our Secretary Mr. Seth Mahiga made the decision to resign from his position as Secretary of our society.

Seth’s reason for resigning is that he has found Jesus Christ and is no longer interested in promoting atheism in Kenya.

Among AIK’s objectives are the promotion and practice of “open, rational, and scientific examination of the universe and our place in it”, and “to advocate that ethics and morality be meaningfully based on rational and humanistic ideals and values”.

The society believes that “human beings are capable of being ethical and moral without religion or God.”

The news of Mahiga stepping down from his role with AIK garnered praise on social media.

Julie J Bird wrote, “It is the power of God. Stronger than anything else in the whole universe.”

Another user tweeted, “Every knee, shall bow and every tongue shall confess, that Jesus, Christ is lord. Amen!”

And Laura RW congratulated Mahiga on his decision, adding “All glory to God in the highest.”