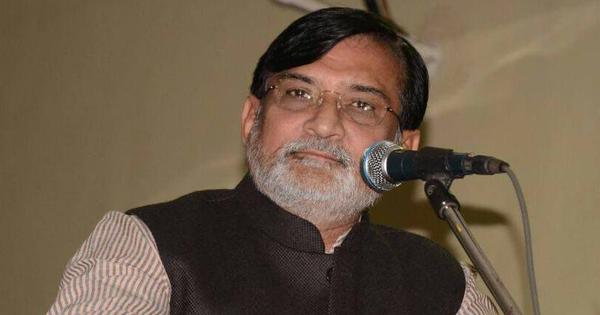 The Kerala Assembly on Monday passed a resolution condemning Lakshadweep Administrator Praful Khoda Patel’s controversial policies in the Union Territory and urged the Centre to call him back.

Patel, a Bharatiya Janata Party leader and former Gujarat home minister, is facing objections after he introduced a slew of regulations in the first five months of his tenure, triggering a massive outcry among Opposition parties, who have also called for his removal.

The new regulations include a proposed cow slaughter ban, a preventive detention law in the Union Territory – which has one of the lowest crime rates in the country – and a draft law proposing sweeping changes in land development regulations.

The resolution in the Kerala Assembly was moved by Chief Minister Pinarayi Vijayan, reported the Hindustan Times. “The people of Lakshadweep are undergoing a difficult situation,” the resolution said. “Their culture and tradition are under threat following dictatorial measures being taken by the administrator ignoring local protests. Even their food habits and livelihood are under threat.”

It alleged that the measures taken by Patel were alienating the citizens of the Union Territory and sought the withdrawal of the policies. “In the name of development, even their [Lakshadweep residents] livelihood is threatened,” the resolution said. “Even coconut trees are painted with saffron colour in the name of beautification. This can’t be allowed at any cost.”

Addressing the Kerala Assembly, Vijayan urged the Centre to protect the interests of the Union Territory’s residents, reported The News Minute. “What is happening in Lakshadweep today is an experiment of the Sangh Parivar agenda,” he claimed. “The attempt is to impose and implement the saffron agenda and corporate interests in Lakshadweep.”

The chief minister also alleged the administrator was trying to destroy the local fishing industry which is the main source of income for Lakshadweep residents. “In such ways, the reforms by the administrator will kill the lives and culture of the people there bit by bit,” Vijayan said.

Congress MLA and leader of the Opposition VD Satheesan also supported the resolution. “A cultural invasion is happening in Lakshadweep by the Union government through the administrator, forcing anti-democratic ways and destroying human rights of the innocent people of Lakshadweep,” he said.

BJP National Vice President AP Abdullakutty criticised the Kerala Assembly’s decision to pass the resolution. “The resolution is against the spirit of democracy and federalism,” he said.

The BJP has defended the policies in Lakshadweep and alleged that people with vested interests were spreading misinformation. The party said the administration was trying to develop the island as a major tourist hub and that local residents supported it. On May 27, Patel said the policies were efforts to develop the region and help its residents. On the same day, Collector S Asker Ali alleged a “misinformation campaign” against the administration.

Meanwhile, the Lakshadweep administration has denied permission to a team of Kerala MPs from visiting the Union Territory, citing Covid-19 protocols.