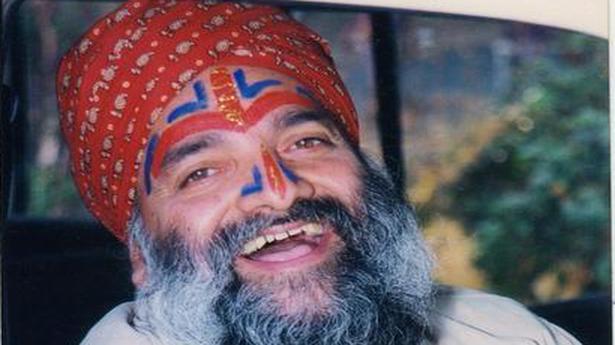 Remembering Gurcharan Singh Channi, whose work in community theatre reached out to the furthest margins

Deep-diving into inquiry, questioning existing socio-cultural frameworks, and raising uncomfortable questions were important aspects of his theatre-making. A few years ago, during a brief interview after a Punjabi theatre festival, he said, “You have to leave behind what you think you know to create something original.” He believed that self-awareness was the means to explore theatre that would resonate with the deepest concerns of our times. “We live in a jail inside our head. We all carry the baggage of norms, customs. We are constantly making judgements about life and how it should be led. But to make honest choices, we need to let go of this baggage and embrace various perspectives.”

Call of the stage

The theatre veteran made some radical and difficult choices in his young days. As a Science undergrad, an informal mimicry act at Sikh Missionary College, Patiala put him in the spotlight. Novelist Devendra Satyarthi suggested he take up theatre.

The theatre department had incidentally just been started at Chandigarh’s Panjab University, headed by leading dramatist Balwant Gargi. Though Channi knew nothing about theatre at that time, he took his chance and was rigorously mentored by Gargi before he went on to learn at NSD under another theatre legend, Ebrahim Alkazi.

In the 1970s, Channi moved to the small screen with his production work at Jalandhar Television Centre and teaching tenure at FTII, Pune. He directed and featured in telefilms, made several documentaries, and was a Fulbright Scholar at the Boston University College of Communication. His tryst with the lens inspired him to delve deeper into social and political issues of the time. His spine-chilling television series Bandhak, Sehar and Naqoosh revolved around violence in Kashmir.

He explored history, mythology and cultural heritage and came up with fascinating subjects. His insightful and well-researched film, Dharamkshetra Kurukshetra, , exploring whether the battle of Kurukshetra actually occurred, garnered much interest. Telefilm Tuttu evocatively brought to life the love story of a youngster with an intellectual disability. He also acted in Punjabi films — Shareek and Punjab 1984.

During the Emergency, Channi decided to return to Punjab and devote himself to his first love, theatre. Though he continued to make documentaries, his passion for street theatre made him examine its multiple dimensions. By 1976, he began staging community theatre, leading to the landmark plays — Daffa 144 and Disturbed Area. Both productions were acclaimed for their authentic and radical approach in dealing with issues of political conflict and state violence. Main jala di jaungi took a hard look at gender violence and dowry deaths while Mera Bharat mahan unravelled the world of corruption and Khuli hawa ki talaash mein raised concerns about ecology and environment.

Channi’s work emerged at the intersection of agitprop theatre and playful political satire. “For whom do we do theatre?” he asked. “Community theatre is vastly different from the urban elite proscenium theatre. It is open, lively, very creative, and thrives on improvisations,” he said.

Over the years, Channi worked with diverse groups, using theatre-in-education for students, applied theatre for hospital patients, and connecting with vulnerable communities to express their concerns. His work embraced bold activism as well as therapeutic effects of drama. He remained true to the medium, believing that theatre is a way of free expression and liberation. “It is important to think of each person as a possibility,” he said, “and theatre offers a way of unlocking that possibility.” Remembered by friends, fans and students as a jovial and sensitive person, his legacy continues to inspire artistes towards courageous community work.

The author is a Delhi-based arts researcher and writer.