Need to peak at the right time: Nilkanta Sharma 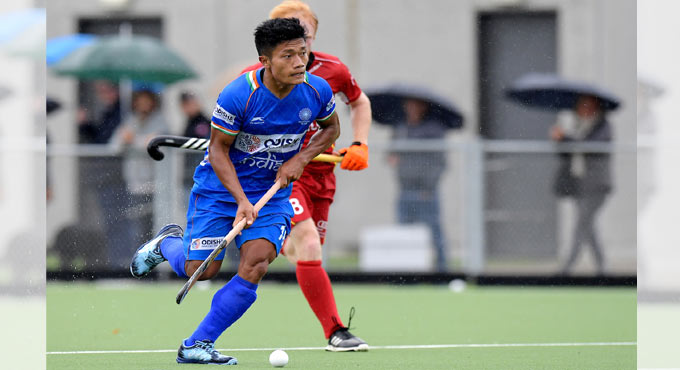 “Everyone is confident about their respective games and if we play to our full potential, we can certainly make history in the Tokyo Olympics,” said Indian hockey team Midfielder Nilkanta Sharma

Bengaluru: Midfielder Nilkanta Sharma is confident about the Indian men’s hockey team rewriting history at the upcoming Tokyo Olympics, saying the side needs to peak at the right time to be able to break its four decade-long medal drought.

India have won eight gold medals in the past, but their last top finish came way back in the 1980 Moscow Olympics.

“Everyone is confident about their respective games and if we play to our full potential, we can certainly make history in the Tokyo Olympics. It’s all about peaking at the right time and that will be our main focus once the Olympics is underway,” said Nilkanta, who is a vital cog in India’s midfield along side skipper Manpreet Singh.

By his own admission, the Manipuri player said he is a big fan of Manpreet from whom he has learnt a lot.

“It’s been a great journey with the Indian team so far. We have seen a lot of highs and I feel we can do even better in the upcoming years. I have been very lucky to have the chance of playing alongside a player like Manpreet Singh in the midfield. I have learned a lot from him. I have improved a lot in the last few years, but I really want to take my game to the next level this year,” said the 26-year-old, who has played 57 matches for India so far,” he added.

Nilakanta, who was part of the gold medal-winning team in the 2019 FIH Men’s Series Finals in Bhubaneswar, also highlighted the areas where he feels the team needs to focus on ahead of the Olympics.

“I think we can improve on executing our short passes and maintaining possession for a longer period. If we keep the ball with us for a longer period of time, then we can create more opportunities to score. We just have to make a few tweaks here and there,” he said.