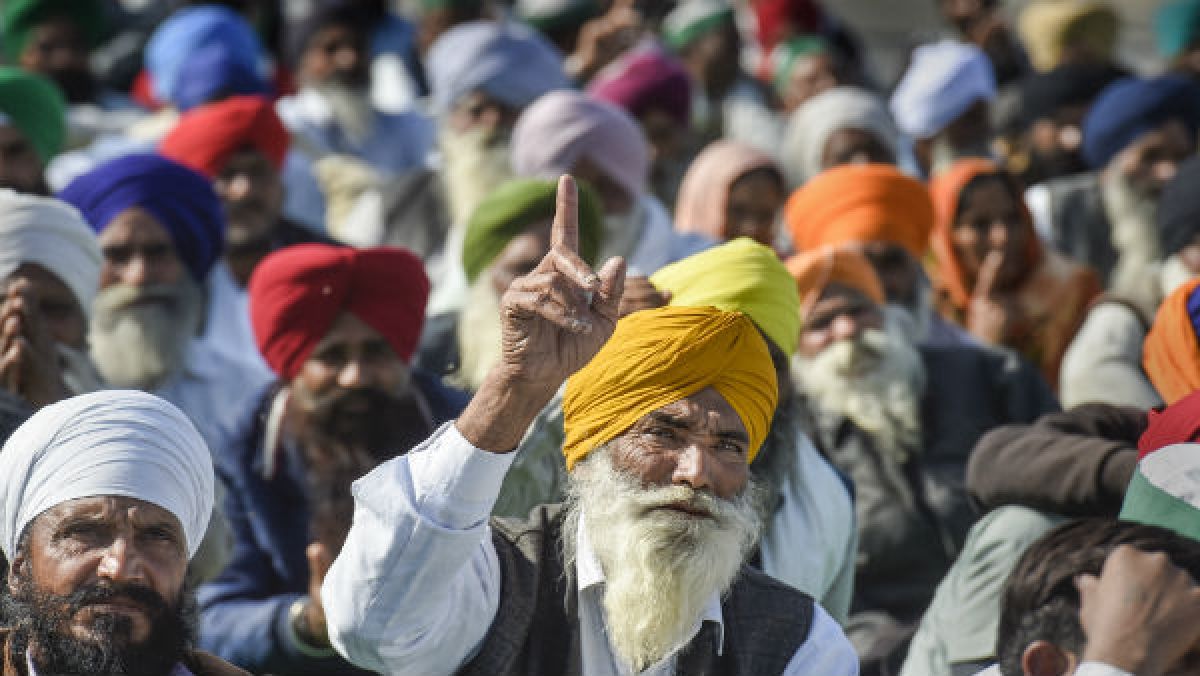 New Delhi, May 25: With farmer unions observing ‘black day’ on Wednesday on completion of six months of their stir against the Centre’s agri laws, the Delhi Police has urged people not to hold gatherings due to the COVID situation and the ongoing lockdown and said it is keeping a tight vigil to deal with any situation at the protest sites on the city’s borders.

Action will be taken against those who try to take the law into their hands, Delhi Police PRO Chinmoy Biswal said, adding that the force is already present at all borders points, including the protest sites of Singhu, Tikri and Ghazipur, and will not allow any illegal activity or entry. Samkyukt Kisan Morcha, an umbrella body of protesting unions, had announced that farmers will observe May 26 as ‘Black Day’ to mark the completion of six months.

Last week, twelve major opposition parties, including the Congress, Trinamool Congress, Left parties, SP, NCP and DMK had extended their support to the protest. In the wake of the SKM’s announcement, the Delhi Police on Tuesday urged the people to follow COVID guidelines and not to come out of their houses and gather unnecessarily due to the ongoing coronavirus situation in the national capital.

Biswal said, “We urge people not to gather as the virus could spread and the cases escalate. We appeal to the citizens to observe COVID- appropriate behaviour and lockdown which is still imposed in the city. There is no permission of gathering and demonstration due to the ongoing situation”.

According to a statement released by the Samkyukt Kissan Morch on Tuesday, this farmer’s movement “is running on truth and non-violence and will be completing six months of its historical struggle on Wednesday”. “SKM requests all Indians to celebrate and mark Buddha Poornima tomorrow, so that truth and non-violence find a strong place back in our community, at a time when attempts are being made to erode these basic values in our society,” the statement said.

Meanwhile, the National Human Rights Commission has issued notices to the Delhi, Haryana and Uttar Pradesh governments over allegations of flouting of COVID safety norms by farmers protesting at the borders against the farm laws. It has asked them to file within four weeks action taken reports regarding the steps taken to control the spread of COVID-19 infection at the protest sites.

In a statement issued on Tuesday, the NHRC said that India is reeling under a “scary” second wave of the coronavirus pandemic and these protesters are not only putting their lives in danger but also posing a risk to the others in rural areas as “potential carriers” of the virus. “The complainant has also stated that more than 300 farmers have died during this ongoing protests due to several reasons, including COVID infection.

The cases of black fungus, etc, are also rising. “He has sought the intervention of the Commission apprehending that situation may become more worrisome as the farmers, in large numbers, are planning for observing May 26, 2021 as ‘Black Day,'” the rights panel said.

On Tuesday, SKM also appealed to all citizens to mark the ‘black day’ by hoisting black flags from their homes, vehicles and other places. Farmer leaders said that farmers should wear black turbans and black chunni on this day. Kulwant Singh, a farmer leader, said that they will fix black flags at every border.

“On Wednesday, there will be black flags fixed at the three borders of the city where farmers are protesting. The protesting farmers will observe the black day at the borders and no one will try to enter the national capital. It will be very peaceful and we are urging the citizens across the nation to support the farmers by putting black flags at their homes and other possible places,” Singh said.

Thousands of protesting farmers reached Delhi borders on November 26 last year to protest against the Centre’s three new farm laws. On Republic Day, a tractor parade that was to highlight the demands of the farmer unions to repeal three new agri laws dissolved into anarchy on the streets of the city as tens of thousands of protesters broke through barriers, fought with police, overturned vehicles and hoisted a religious flag from the ramparts of the iconic Red Fort. More than 300 policemen were injured in the incident. RT