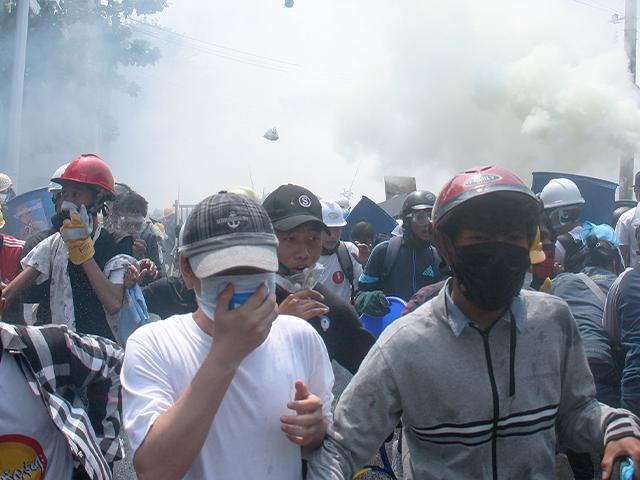 According to the Ministry of International Cooperation of the National Unity Government of Myanmar, the Sacred Heart Church in Kayah Thar Yar village came under fire early that morning.

H.E. Dr Sasa urgently appeals to the international communities to pray for and make immediate actions and intervention efforts to end this senseless killing of civilians in Myanmar, destruction of Churches, targeting of already oppressed&marginalized ethnic communities in Myanmar pic.twitter.com/lduFjERZSP

At least 300 people from 60 families took refuge in the church compound due to violent clashes between the military and a group called the People’s Defense Force.

The roof, ceiling, and cross of the church were damaged. All of the people killed or wounded in the attack were Catholics.

Benedict Rogers with Christian Solidarity Worldwide (CSW) in East Asia said he was saddened by the tragic loss.

“Civilians in Myanmar have now been subjected to horrific violations at the hands of the Tatmadaw for well over 100 days,” he said. “We extend our deepest condolences to all those who have lost loved ones in the recent attack on the Catholic church in Kayan Thar Yar and continue to call on the Tatmadaw to cease all targeting of innocent and unarmed civilians.”

CBN News has previously reported on the protests and violent attacks that have taken place since February after the military detained the country’s leader, Aung San Suu Kyi over election results.

Civilians felt that the military coup overturned the will of the people. The military called the November election fraudulent but failed to present any evidence.

The activist group, Assistance Association for Political Prisoners, reported on Monday that more than 800 people have been killed by Myanmar’s security forces since the coup.

“This is the number verified by AAPP, the actual number of fatalities is likely much higher,” the group said in a meeting.

The group said 4,120 people are still in custody, including 20 who have been sentenced to death.

Please continue to pray for the Burmese people and for reconciliation throughout the country.