COVID-19 surge: A look at how Bengaluru’s celebrities are doing their bit during the crisis 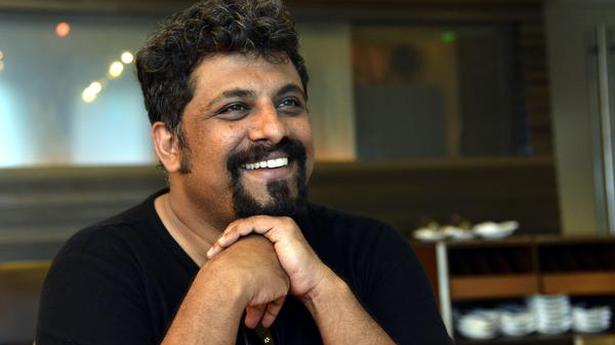 Arranging hospital beds, oxygen cylinders, medicines, distributing food among other essentials for those affected by the second wave keep them busy.

Raghu Dixit’s phone goes unanswered when The Hindu tried reaching him on Friday. A few minutes later, he sends a text via Whatsapp: ‘In the middle of sorting out an ICU. Will call back soon!’ He does not call. The next day, he apologises for not calling back. “It was a bit hectic. Too many requests for oxygen and ICU beds.”

Mr. Dixit and several celebrities in the city are arranging hospital beds, oxygen cylinders, medicines, food among other essentials for those affected by the second wave of the COVID-19 pandemic.

Last year, towards the end of May, Mr. Dixit had composed an anthem for a COVID-19 fundraiser. He was helping people through his art. “That was a very mild phase compared to what we are going through right now,” he says. So, music has taken a back seat. Help is more hands-on now. He has converted his studio into a ‘war room’ of sorts with four computers, which he uses to track people who require help.

Despite support from volunteers and his clout as a popular musician, he finds it difficult to secure hospital beds. “We managed to find about 60 beds in the last four weeks. And, that’s like one bed per 15 calls we get,” he says. “But we have tied up with some pharmacists who deliver free medicines. I have reached out to some of my PUC classmates abroad, who donate for our free meals drives.”

Mr. Dixit, in association with the mental health volunteering group, Let’s Talk India, has set up manadani.com, a website that provides free access to counsellors. “It’s been five days since the site went live. We already have about 70 requests a day. And, 400 counsellors have signed up,” he says.

Actor Ragini Dwivedi, through her Genext trust, has been providing food and ration kits to several slums. “When the second wave started, we were giving about 400 meals a day but as the number of people who get affected increases every day, we have scaled it up to 1,200 meals per day,” she says.

Ms. Dwivedi, who visits the slums with her team of volunteers, observes a lack of awareness about the countermeasures for the pandemic. “Many don’t know how the disease spreads. They aren’t aware of how to wear their masks. They don’t know about black fungus. So, apart from providing meals and ration kits, we are trying to inform them about such things,” she adds.

Kannada rapper Alok Babu and his team focus on providing home-cooked meals to pourakarmikas within and outside the city. They have so far covered Subramanyapura, Anjanapura, Mahalakshmi Layout and a few places in Mysuru.

“Before we carry out a drive, we usually scout around to see who is in desperate need of help. We found out that many of the pourakarmikas and daily-wage workers were in these areas. Most of them depend on their daily earnings, and they have been struggling to even get groceries,” he says.

Despite the precautions, they are not without apprehensions about stepping out for volunteering as they live with their families. “It is sometimes emotionally exhausting as well because people are calling for beds when it’s already too late, when the oxygen has dropped below 70,” says Mr. Dixit, “But it has reached a point, where every citizen now needs to step up and do whatever they can. Even if it is not financial help, they can help by verifying information and amplifying help. I hope many more people will join this battle.”