Jaskaran Singh is following the footsteps of his father 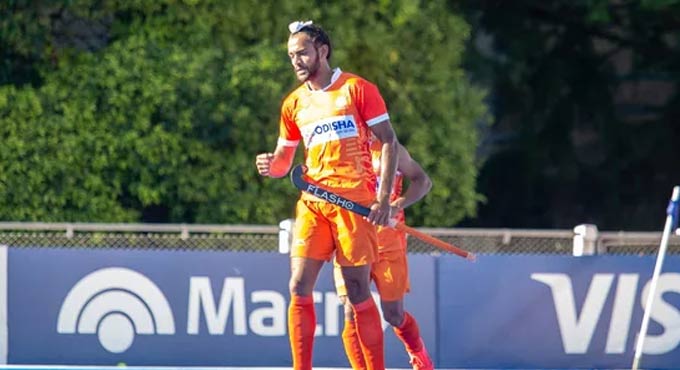 Bengaluru: Indian hockey team midfielder Jaskaran Singh says he is learning the tricks of the trade from senior players like captain Manpreet Singh as he hopes to make it to the Tokyo Olympics squad.

“Our homes are around 2-3 km apart. They both have been helping me a lot. It’s important to have good understanding between a midfielder and a striker, and I feel understanding comes naturally to us because we have been playing together since a long time,” Jaskaran said.

“Even Manpreet alongwith other senior players in the team also guided me throughout. Whenever I feel I am in doubt, I speak to them to get better clarity,” said the midfielder, who made his international debut in 2019.

Reflecting on his third international tour in Argentina recently, Jaskaran said, “I was playing internationally after a very long time, so I was focused on giving my 100%. I had the support of coaches throughout the tour.

“Senior players also motivated me and gave me the confidence to compete against the Olympic champions. They helped me improve on my mistakes throughout the tour. So, it was a great learning experience for me personally.” About the Olympics preparations, Jaskaran said, “We are really in a good shape, and preparing well for the Olympics.

“We are currently putting in the hard work, working on our structure and focusing on covering all the bases. I feel we are giving each other good competition in our training, which I feel is bringing out the best of us,” he said.

Jaskaran said his father, who was a part of the 1984 Olympics team, was his biggest inspiration and the reason why he took up hockey.

“My childhood memories are all about hockey. Not only that I grew up watching him, but I also honed my skills under him. He is my first coach and my inspiration.”